Accessibility links
Seeing Red over Injustice Mary Ellen Noone's great-grandmother became the victim of a vicious, racist store owner just for wearing nail polish. Noone says she's still angry that someone could have that much control over another person — who just wanted to feel like a woman. 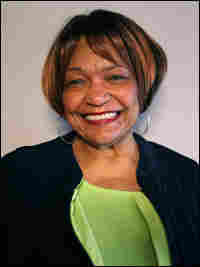 Mary Ellen Noone recorded her story about her great-grandmother in Montgomery, Ala. StoryCorps hide caption 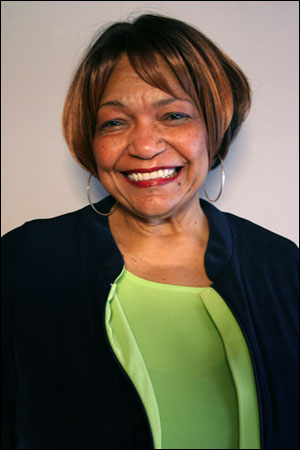 Mary Ellen Noone recorded her story about her great-grandmother in Montgomery, Ala.

Mary Ellen Noone's great-grandmother was a petite woman — probably 95 pounds wet — but she was very strong, Noone says.

Pinky Powell, who was born before the turn of the last century, used to say that she could pick 100 pounds of cotton by lunchtime, Noone adds.

"She never smiled, but I could tell when I looked in her eyes that she really loved me," she says.

One night, Noone was painting her fingernails when her great-grandmother said, "You know, there was a time we couldn't wear no fingernail polish."

To explain, Powell told a story from when she was a girl. Around 1910, Powell lived on a plantation in Lowndes County, Ala., where "she would wash and iron for this white woman."

"One day the lady had thrown away some of her old perfume and nail polish that had dried up. So [Powell] took it home and added some ingredients to the nail polish that made it pliable," Noone says. "Well, when Sunday came, she got all dressed up and painted her nails and put on that perfume and went to church.

"On Monday, she went to the general store, and when she was ready to check out, the white owner asked her, 'What are you doing with your nails painted up like a white woman?' He proceeded to pick up a pair of pliers and he pulled out my grandmama's nails out of its bed one by one."

Noone, 65, says she often wondered as a child why her great-grandmother's nails were so deformed.

"Every time I look at enamel red finger polish, I have a flashback, and I see red," Noone says. "I still have that anger inside of me that someone would have that control over one person just because they wanted to feel like a woman."

Noone recorded her interview as part of StoryCorps Griot, an initiative that collects the recollections of black Americans. This segment was produced for Morning Edition by Michael Garofalo with help from Vanara Taing.