Accessibility links
'Fighting for Life' The work of America's military doctors and nurses in Iraq is recorded in Terry Sanders' documentary; there's no editorializing, admirably, though the sight of 19-year-olds having limbs amputated does raise questions about the politics of war. 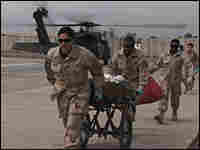 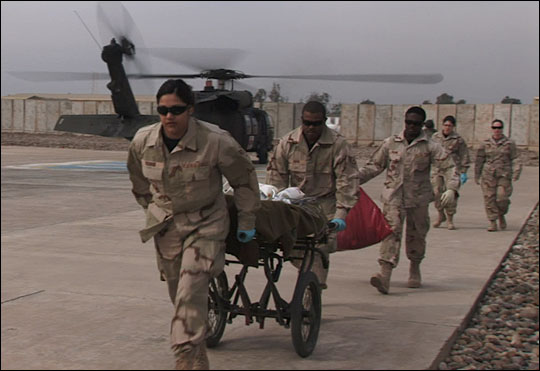 Director Terry Sanders examines the largely unsung role of doctors and nurses in Iraq, who labor mightily to save lives and limbs against fearsome odds.

The documentary began as a profile of the Uniformed Services University, which graduates about a quarter of all the active-duty physicians in the armed services, but which is frequently targeted by budget-cutters in Congress. But Sanders soon saw there was a larger story to tell, and he followed graduates into the war zone.

The film that's emerged is admirably restrained — it doesn't editorialize at all — but it's hard to watch 19-year-olds having limbs amputated without thinking about the politics of war.