Accessibility links
Photographer Trains a 'Complicated' Lens on Teens Photojournalist Robin Bowman spent four years driving across the United States, photographing and interviewing more than 400 teens. Some of those pictures — and the teens' words — are included in her new book, It's Complicated: The American Teenager. 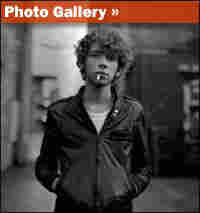 Patrick Roberts was 19 when he posed for this photograph, which appears on the cover of Robin Bowman's book, It's Complicated. Robin Bowman hide caption 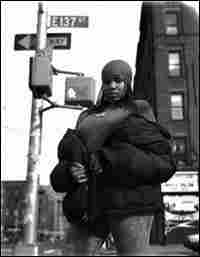 Ebony Wilson, shown here at age 15, posed for Bowman on a corner in the Bronx. In the book she speaks about her involvement with gangs: "I'm in the gang, but I'm not in the gang," she tells Bowman. Robin Bowman hide caption

Over the course of her career, photojournalist Robin Bowman has worked for People magazine, traveled to dozens of countries and negotiated countless difficult situations, including the conflicts in Darfur and Bosnia.

Recently, Bowman spent four years driving across the United States, covering more than 20,000 miles, and photographing and interviewing more than 400 American teens. Some of those pictures — and the teens' words — are included in her new book, It's Complicated: The American Teenager.

The project was, at times, very different from Bowman's previous work as a photojournalist. For one thing, although she always obtained a signed release form from her subjects' parents, she resisted extensive prep work before shooting the teens.

"In my profession, I always knew a lot of information in the past before walking into a shoot," Bowman says, "but with this, I felt very concerned that I was going to manipulate the image or control these teenagers if I knew too much about them."

Though she found some of her subjects through friends, other times, it was much more happenstance.

"Often I'd be driving down the street, and I'd see a group of four teens, and I would pull over and have to convince them that I was not going to hurt them, that I meant no harm, but that I was working on this project," Bowman recalls.

Bowman shot with an older Polaroid camera that gave her both a positive image — that the kids could see — and a negative, for printing later. She says having that immediate feedback helped gain the teens' trust. She'd often ask the teens to suggest a location for the shoot, and later to show her which photos they preferred. The final decisions about the book were hers.

Bowman asked each teen a set list of questions about family, school, drugs, money, aspirations and fears. The project forced her to be quiet and to not interrupt. For some of her subjects, having an adult listen was a new experience.

"I felt that adults heard what I said, but they did not listen," says Ebony Wilson. Wilson was 15 when Bowman photographed her standing on a street corner in the Bronx.

Now 20 and the mother of a young son, Wilson feels that people will pay more attention to her words reading them in a book:

"When you read, you have no choice but to listen because you can't interrupt," she says.

Bowman shot Patrick Roberts in his favorite alley in Lawrence, Kan. In the photo, Roberts is 19, with a cigarette dangling out of his mouth. Now, he's ready to graduate from college and that picture is on the cover of Bowman's book.

Roberts says he likes the picture but feels vulnerable now, reading the words he said then:

"The easiest thing about being a teenager is still having a sort of romantic perspective or outlook on the world: not being jaded or disillusioned; and knowing — hoping — that you have time to do what you want and to achieve what you want."

Roberts says he still believes what he told Bowman when he posed for the photo, with one correction:

"Maybe I was wrong that that's specific to being a teenager. I think you have to work hard, though, not to let yourself forget that feeling of having dreams and aspirations and knowing that there's nothing that can stop you." 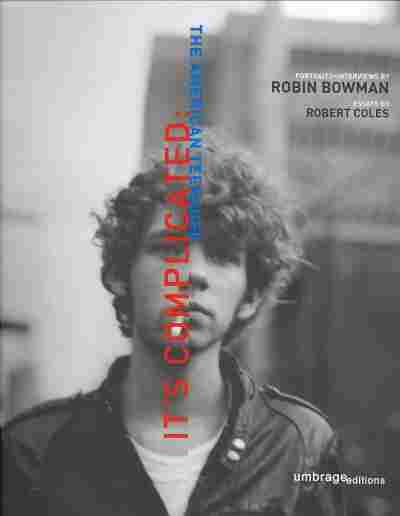 by Robin Bowman and Robert Coles