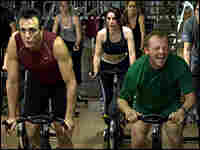 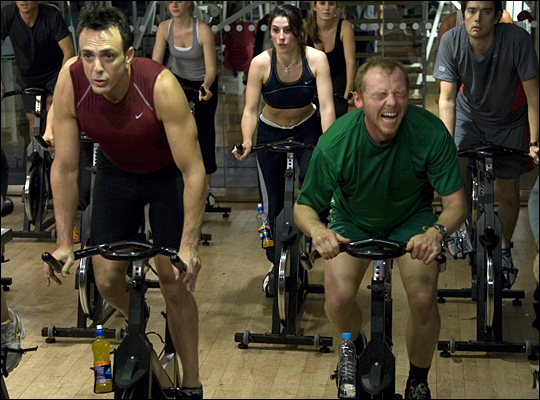 A prologue in which a slightly overweight Simon Pegg abandons a very pregnant Thandie Newton at the altar sets the stage for this sweet — if overstatedly aerobic — romantic comedy — Much Ado About Blisters, let's call it.

The London-based action picks up five years after the runaway groom's nuptial sprint. Pegg, now a lingerie-store security guard, has turned out to be a devoted father, taking his son on outings and pining for the boy's mom, with whom he's never managed to patch things up. The arrival of her rich, marathon-running American beau (Hank Azaria) prompts Pegg's entry into the race that gives the film its title.

Directed by ex-Friend David Schwimmer with an amiable looseness (and a bit more slapstick than the script really needs), Run Fatboy Run shambles through a series of mostly idiotic plot contrivances before arriving at its more or less suspense-free marathon finale.

But the three leads are pros, and if they're not exactly being asked to stretch, they do have the grace to appear fully engaged by the material. Which means that even if that material isn't entirely worthy of their presence, it's measurably enhanced by it.