Accessibility links
'Flawless' Frustrated by the glass ceiling, an exec (Demi Moore) in the diamond trade decides to help a janitor with a jewel heist. Moore looks the part, and she and co-star Michael Caine are engaging enough, but a cleverer script would make for a better caper. 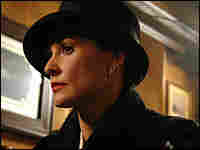 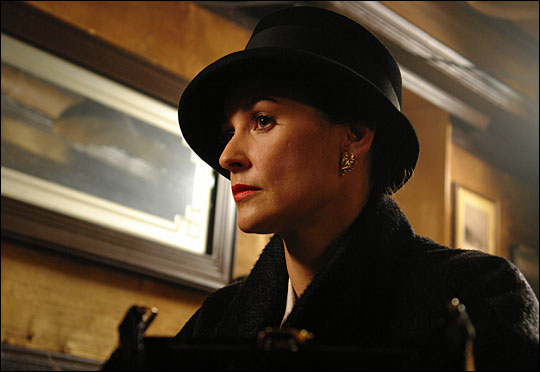 In severely tailored suits, shellacked hair and bright red lipstick, Demi Moore is the very picture of a 1960s executive trapped by a glass ceiling. At the London Diamond Co., she's demonstrably quicker and sharper than her male colleagues, but has been passed over repeatedly for promotions.

So she's reluctantly receptive when janitor Michael Caine makes what he suggests is a flawless proposition. He's planning a heist — a handful of raw diamonds from the safe will never be missed, he tells her — but he needs her help with the safe combination. Simple enough, except that after she agrees, she realizes the janitor's been telling her only part of his plan.

Michael Radford (Il Postino) directs with the sort of British reserve that would better serve a cleverer script; this old-fashioned one, penned by Edward Anderson, is at best workmanlike, with a caper neither ingenious nor credible enough to sustain interest or justify the film's ornate conclusion. This despite some engaging acting from both leads — and from an increasingly apoplectic Joss Ackland as their boss.