Accessibility links
Dean Wareham's Rock 'n' Roll Romance The songwriter experienced his share of highs and lows with the acclaimed rock bands Galaxie 500 and Luna. Hear an interview about the musical love affairs — both on and off stage — detailed in his new memoir. 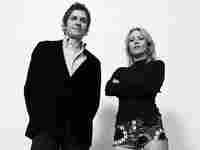 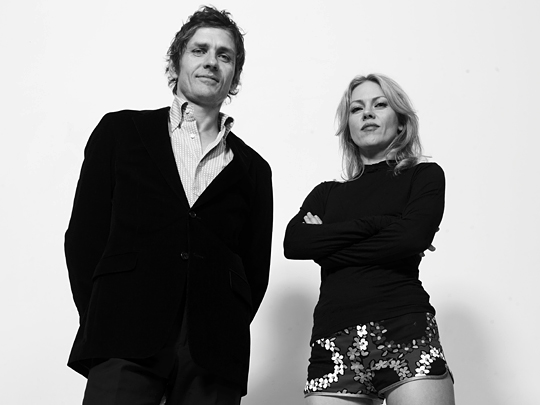 Dean Wareham and Britta Phillips, who now record together as Dean & Britta, first became romantically involved when both were members of Luna — and Wareham was married. "There we were, out there on the road, Britta and I singing 'Bonnie and Clyde' together every night, this sexy French song by Serge Gainsbourg about a doomed couple," Wareham says. "And what can I say? I succumbed to temptation?"

Words You Used to Say 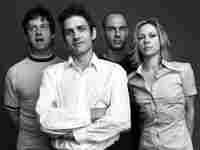 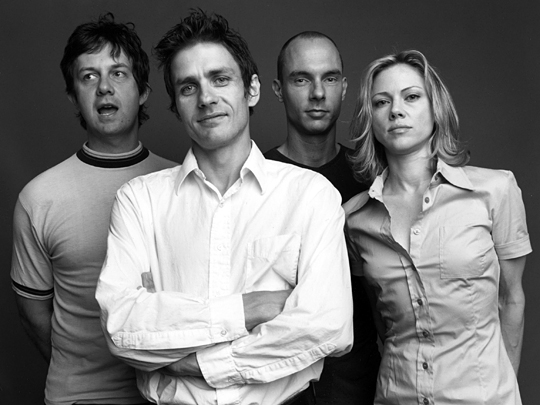 Dean Wareham titled his book Black Postcards after the name of a Luna song. He says he hoped to evoke the idea of sending notes from the road. "If I had to do it again, I wouldn't," Wareham says. "I'm not sure that that's true — that's just something I said in the song. ... Of course I would. I'd go back and do it all again." 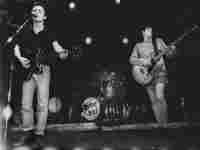 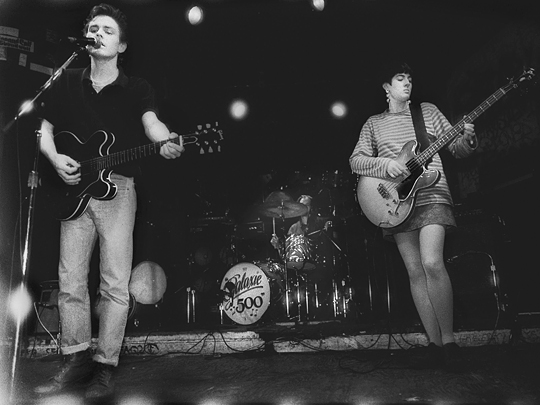 Though Galaxie 500 ended in acrimony, its members were high school classmates who became friends as Harvard University students. "Well, we didn't enter into it to become rock stars," Wareham says. "It didn't even seem like a remote possibility. On the other hand, we did it. But you know, I think at the beginning the extent of our ambition would be to put out a 7" single, or maybe an album, and play somewhere on a Saturday night." 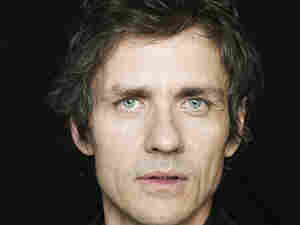 If rock bands are like love affairs, then Dean Wareham knows a thing or two about broken hearts.

The songwriter experienced his share of highs and lows with two influential groups. The slow, moody trio Galaxie 500 released three influential albums before imploding in 1990. Then he led Luna for the next decade, releasing seven guitar-pop albums before calling it quits.

Currently, he helps lead the project Dean & Britta with his wife, former Luna bassist Britta Phillips. Wareham has now chronicled his life in music -– warts and all -– in a new book titled Black Postcards: A Rock & Roll Romance. He joins host John Schaefer to discuss his memoir.

"When Luna broke up, I finally had time to sit down and tell this story," Wareham says. "The personal stuff was more difficult — I was pushed by my editor after handing him the first draft to come back and tell more of the personal stuff. And I think that if there's a strength to the book, it's the extent to which I'm prepared to go into that."

The subtitle "A Rock & Roll Romance" makes explicit the comparison between playing in rock bands and having a love affair — both of which Wareham does in Black Postcards.

"I didn't want it to just be a puff piece — I wanted to actually include some of the humiliating moments, as well as some of the great ones."

Wareham pieced the book together from notes, diaries, and itineraries he had kept from tours gone by. He begins by telling the story of friendships dissolving, opening with an unflattering story about himself told by former Galaxie 500 bandmate Damon Krukowski.

"It's a narrative device, I think, to start with the end," Wareham says. "And I guess part of my point is: You start a band with your friends, and if it's at all successful it becomes a business, as well. And it's a challenge to remain friends."

Black Postcards details the breakup of two bands and one marriage. Wareham says that it wasn't always pleasant to write about his life in music — but it was therapeutic.

"It was much like attending therapy, only I was there all alone for about a year and a half, writing the book," he says. "Yeah, because sometimes you don't quite know what you think 'til either a) you're in the shrink's office and you have to talk, so something has to come out of your mouth, or you're sitting down to write, and you're like, 'Well, here's what I think about this.'"

Now well over 40 and still making music, Wareham sounds optimistic again. Performing with his wife, he says, has brought structure to his life.

"It's an easier way, I think, for me to organize my life now," Wareham says. "Once you hit 40, being in a band — a committee voting constantly on what you're going to be doing next month — it's more of a challenge. And when you have a kid, as well."

For Wareham, it's a new way to live with the vicissitudes of being a rock musician.

"The first thing you learn about the music business is that it changes very quickly," he says. "You come into it at a certain point and you think you have a handle on it. ... And then, three years later, the whole thing has been turned upside-down." 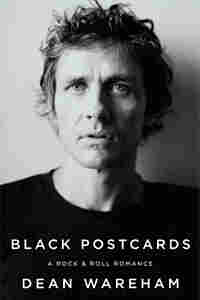 Courtesy of The Penguin Press

Here are the dirty facts! What happened was simply that Dean quit, more or less out of the blue, on the telephone one day. We have not seen him since, nor spoken since last week. In fact, he didn't even place the call! It was just after the weekend we had finished what turned out to be our last tour, which was an opening slot for the Cocteau Twins in the States; we had an upcoming tour to Japan (this was something Naomi and I were very much looking forward to, as you can imagine, as was Kramer, we were going to take him with us, and when I opened the paper on Monday I discovered there was a sale on for tickets to Tokyo that was ending at midnight. So I called Dean to say, "Let's buy our tickets," and he said, "no, I quit." No explanation, just "there's nothing more to talk about," and that was it. A lot of years of friendship, not to mention the band, down the drain in a minute flat.

It wasn't entirely out of the blue, as we had already discussed my quitting in January, but other than that Damon got this part right. There was no real explanation. I chickened out. I didn't know what to say. I didn't say, "I quit because I can't be in the same room with you anymore," or, "I quit because I don't like being told where to stand onstage."

The most common reason a guy gives when he breaks up with a girl is no reason at all. You give no reason, or vaguely state that you are confused and unhappy. "No reason" means only one thing—I don't want to be in a relationship with you anymore. It's not me—it's you. I want to lead my life without you in it.

Some of my best friends are crazy. But that's okay, because I don't have to ride in a van with them for five weeks. We're just friends. Damon and Naomi were lovely people, brilliant and artistic and likable. I loved Damon's fluid, jazzy style on the drums, and Naomi's simple and melodic bass parts. I like Damon's poetry and Naomi's miniature paintings. But they were driving me crazy.

No, you are not just friends when you're in a band together. The band may begin as a pure friendship. You share a love of music, and you start playing together in that spirit. But if the band is at all successful, then it takes on another logic. It becomes a business. Now you are business partners as well as friends and collaborators. You travel together. You spend all your waking hours together. You're a family and a secret society.

Joining a band is like joining a cult. You give your mind and your body and your soul to the cult. You give your money to the cult. If you read interviews with young bands, they say, "We think this," "We like this," "We don't like such and such," "We are inspired by," and so on. They have collective opinions. They have a manifesto. This is part of how you define your band as distinct from other bands.

At first, it is fun being in a cult together, this secret society. But you become more involved with one another's lives than you ever anticipated. Instead of being friends, it's more like you are lovers. Only you never really planned to move in together. I loved Damon and Naomi, but I didn't want to marry them. I didn't want us to spend our lives together.

Other artistic collaborators don't really encounter this problem, because people don't work so closely together for so long. Steve McQueen and Yul Brynner did not get along on the set of The Magnificent Seven. But then it was over. The rock-and-roll band is a unique construct, one that can last for many years, and one that is subject to many pressures, external and internal.