Accessibility links
Violence, and Silence, in Nelson's 'Paranoid Park' In Blake Nelson's novel, Paranoid Park, a 16-year-old skateboarder is implicated when a transit cop is killed at the local skate park, and withdraws into silence as a way of dealing with it. Director Gus Van Sant recently released a film version of the novel. 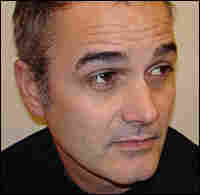 Blake Nelson is the author of eight novels for adults and young adults. Courtesy of Writers House hide caption

In Blake Nelson's novel, Paranoid Park, a 16-year-old skateboarder is on hand when a transit cop dies at the local skate park.

(As critic David Edelstein wrote in his review of Gus Van Sant's recently released film version, "Alex was at the scene of the death — although guilt or innocence are inadequate to describe what he did.")

After the incident, Alex withdraws into silence rather than report the crime to authorities.

Nelson is the author of eight books, including They Came From Below, Exile and Girl. He talks to Terry Gross about the inspiration for the novel, which owes a debt to Dostoevsky's Crime and Punishment, and about writing in the world of young-adult literature. 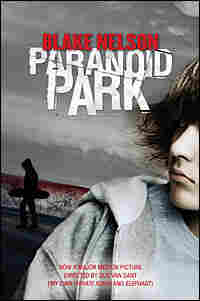 I'm here, at my uncle Tommy's beach house. It's about nine o'clock at night. I'm upstairs, by myself. I've got my pen, my spiral notebook. . . .

Outside it's raining and dark. I can hear the surf crashing in the distance like little bombs going off.

All right. Just went downstairs and made some hot chocolate. Dude, chill out and write something. That's me talking to myself. I just have to start at the beginning, take it easy, take it slow. . . .

Paranoid Park. That's where it started. Paranoid Park is a skatepark in downtown Portland. It's under the Eastside Bridge, down by the old warehouses. It's an underground, "street" park, which means there are no rules, nobody owns it, and you don't have to pay to skate. They say some old-school guys built it years ago, and somehow it's survived all this time.

A lot of the best skaters come there, from California and the East Coast and all over. It's also kind of a street-kid hangout. There's all these stories, like how a skinhead got stabbed there once. That's why they call it Paranoid Park. It has that dangerous, sketchy vibe to it.

My first connection to Paranoid was through Jared Fitch. He's a senior at my school. He's pretty insane, but cool, though, and one of the best skaters at our school. He does stuff like skating off the back of a delivery truck going forty miles an hour while someone videotapes it.

That's how we became friends. I was just getting good at skateboarding, and he would show me stuff. He had videos of things he'd done. He also had other skate videos—stuff you couldn't find at the local mall. He just knew what was up, so the two of us became friends.

Last summer we skated every day. We'd go downtown to different places, like this old parking garage that was condemned that everyone snuck into and partied in. That's when we really became friends. And other spots, like the famous "Suicide Stairwell" by the river where everybody used to go. Places like that.

Like I said, I wasn't on Jared's level yet, but I was learning. And he liked that I was young and eager. He liked being the teacher and showing me stuff.

Anyway, during the last week of summer, we were downtown one day and Jared said we should check out Paranoid Park. I didn't say anything at first. I had heard of it, of course, but had never thought of going there. I had assumed it was out of my league. But when I said I didn't think I was ready, Jared laughed and said something like: "Nobody's ever ready for Paranoid Park."

So we went. I was nervous, naturally, but I was also kinda psyched. Skating Paranoid. That was an accomplishment. That was something you could tell people about.

We drove over the Eastside Bridge and circled around underneath it. We parked next to an old brick building. I remember seeing train tracks in the street. They were shiny, like they were still in use. As it turned out, they were.

The park itself was above us, tucked right under the bridge. You could hear the cars and trucks rattling by overhead. The area around there was mostly industrial buildings—old warehouses and parking lots, falling-down fences and stuff. There was one real office building farther down the road, so secretaries would drive by every once in a while. They looked a little scared of the kids hanging out there.

We carried our boards up the dirt hill and ducked through a hole in the chain-link fence. We crawled onto the platform and found ourselves looking out over the whole layout. It was actually smaller than I expected, and also kind of trashed. There were old beer cans around, and garbage, and Cholo graffiti. But there was something about it, a kind of aura.

There weren't many people—a couple guys were skating, a dozen or so more stood along the wall to our right. We watched a scrawny older guy in the bowl across from us nail a lip-grind. He wore brown slacks, cut off at the calf, with black socks and black ragged Vans. He had two huge tattoos on his arms and a big scar across his stomach. His deck was some weird old thing, totally beat to hell, but he killed. He was great.

The other guys there were the same. Not only could everyone skate, they all had their own "look." I had seen hard-core skater guys here and there downtown. But I had never seen them all in one place. This was their place, I realized. The center of the true skate universe. Or at least that's what it felt like to me.

Jared dropped in and rode up the bowl across from us. I got nervous watching him. Like I said, he was one of the best skaters I knew, but that was nothing compared to those guys. I dropped in, too, and went around a couple times and managed not to make an ass of myself. It was sweet, though—the adrenaline rush of it. You were in the big leagues at Paranoid.

This was the last week of summer vacation. It was also the week Jennifer Hasselbach first called me. She was this girl I'd hooked up with at the beginning of the summer. She had been a camp counselor all July and August, so we hadn't seen each other. But now she was back, and she really wanted to hang out. She called me three times that week.

I wasn't that into it. I mean, she was cute and everything. But when I tried to tell her about Paranoid Park, she didn't get it at all. She was like, "Why would you want to hang out at some dirty place if you could go to Skate City?" Skate City was where all the local Preps skated. It was this lame indoor park behind the mall. If she couldn't see the difference, what was the point?

Another thing, and I guess this is important: All that summer, my parents were fighting and talking about separating, so there was a lot of stress about that. My little brother Henry was throwing up all the time. My mom almost moved out, and then she didn't, and then my dad started staying at my uncle Tommy's. It was a bad time; the whole summer was kind of a disaster. I think this was another reason I hung out more with Jared. He was so "out there" that when you were with him, you forgot about everything else. That was also the appeal of a place like Paranoid Park—you got the feeling no matter how bad your family stuff was, those guys had it worse. Those guys were true outcasts. Some of them probably lived their whole lives on the streets. You had nothing on them.

Anyway, so school started. It seemed fun for about a week and then it sucked as usual. Jared and I just got more into skating. We decided to go to Paranoid again. We planned to go on a Saturday night. That Saturday was September seventeenth.

We had it all planned. I told my mom I was going to sleep over at Jared's so we could go early to the Winter Sports Expo. And since Jared's mom was going to Las Vegas that weekend, we would be free to do whatever. We could stay out all night if we wanted.

The only bad thing was that Jennifer Hasselbach wanted me to come out with her that night. She was being really flirty at school, and hinting that she would do stuff. It was tempting. But I really wanted to check out Paranoid. I figured I could hang out with her another time.

So that was the plan. I would get my mom's car. We would stay at Jared's. And we'd go to Paranoid and see what was up. 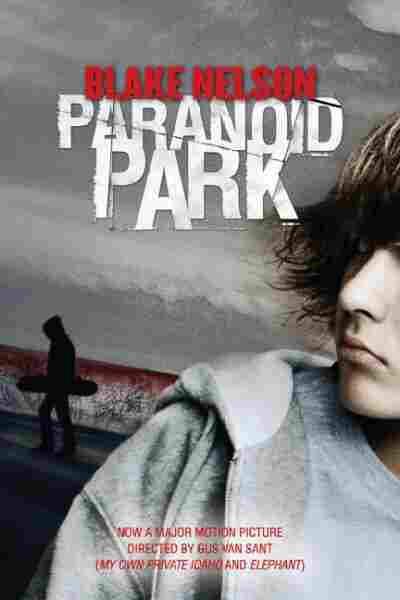