Accessibility links
Emotional Intensity Propels 'Stop-Loss' The story of a young soldier home from the war in Iraq is the subject of the movie Stop-Loss. Los Angeles Times and Morning Edition film critic Kenneth Turan says the movie has a propulsive emotional intensity.

The story of a young soldier home from the war in Iraq is the subject of the movie Stop-Loss. Los Angeles Times and Morning Edition film critic Kenneth Turan says the movie has a propulsive emotional intensity.

A young man home from the Iraq War is the center of a new movie called "Stop Loss." Los Angeles Times and MORNING EDITION film critic Kenneth Turan says this film succeeds where many do not.

KENNETH TURAN: The difference between "Stop Loss" and the other Iraq War movies is its propulsive emotional intensity, an intensity that must be credited to director and co-writer Kimberly Peirce.

Unidentified Man #3 (Actor): (As character) Yeah, so this is waiting around to get blown up, huh?

TURAN: The film's opening segment is a combat mission in the Iraqi city of Tikrit. Its horrors hang over the rest of the film. They make Sergeant Brandon King, played by Ryan Phillippe, eager for his tour of duty to be over, but when he returns home to Brazos, Texas, that's not what he hears.

Unidentified Man #4 (Actor): (As character) It says here you have orders to report to the First Brigade.

Mr. RYAN PHILLIPPE (Actor): (As Sergeant Brandon King) Not me. I'm getting out today.

Unidentified Man #4: (As character) Out to the First Brigade on the 22nd.

Mr. PHILLIPPE: (As King) This is a mistake.

Unidentified Man #4: (As character) It's all there. You leave on the 22nd, shipping back to Iraq. Subsection 12305, title 10, by the authority of the president. You've been stop-lossed.

TURAN: Incensed by what he considers to be a back-door draft, Sergeant King goes over the edge. Kimberly Peirce hasn't directed since 1999's devastating "Boys Don't Cry," starring Hillary Swank. Peirce is clearly a filmmaker with ferocious commitment to her subject. In this case, it's the way the War in Iraq is tearing many of its soldiers apart, both in combat and when they return home.

Ryan Phillippe's formidable performance as this kind of soldier is "Stop Loss's" centerpiece. Phillippe has been finding himself recently, in films like "Flags of Our Fathers" and "Breach," with characters whose coolness doesn't quite hide a tormented interior. In "Stop Loss," Peirce is careful not to take obvious sides. The film respects the patriotism of the men who serve while understanding just what Brandon King means when he talks about that box in your head where you put all the bad stuff you can't deal with. His box, he says, is full, and there's nothing either loyalty or duty can do about it. 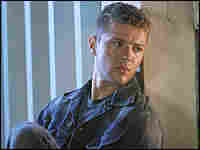 Brandon King (Ryan Phillippe) returns from Iraq a decorated solider, though he soon learns the Army demands from him another tour of duty. Frank Masi/Paramount Pictures hide caption 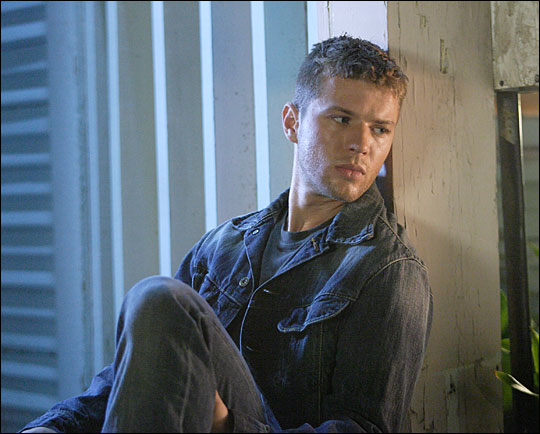 Brandon King (Ryan Phillippe) returns from Iraq a decorated solider, though he soon learns the Army demands from him another tour of duty.

In this affecting but lumpy drama, Ryan Phillippe is persuasively patriotic as Staff Sgt. Brandon King, a decorated Army sergeant who's returned to his Texas hometown after completing a tour of duty in Iraq. A courageous soldier, he's led his men with distinction under fire; he's gotten most of them home safely, too, and now he's ready to return to civilian life.

But "stop loss" — a controversial policy that allows the military to extend otherwise term-limited enlistments indefinitely in wartime — allows the Army to order King back to Iraq. Feeling personally betrayed, he goes on an impulsive AWOL odyssey to Washington.

His naive notion that he can plead his case with a senator who had honored him at his homecoming doesn't survive long. Still, even as he becomes the target of a nationwide manhunt, he remains the responsible leader he was in Iraq — taking side trips to visit or to honor the men he led.

Director Kimberly (Boys Don't Cry) Peirce developed the picture in response to her brother's recent experiences in Afghanistan, and to her credit it's a remarkably evenhanded portrayal of characters in an undeniably wrenching situation. Phillippe is powerfully conflicted, torn in various directions by his parents (Ciaran Hinds and Linda Emond), his men (Joseph Gordon-Levitt as a soldier who can't deal with peacetime, Victor Rasuk as an optimistic multiple-amputee, Channing Tatum as a brutish but well-meaning best friend) and a woman (Abbie Cornish, who in a more conventional film would end up a love interest).

That said, the film tries to cram too much into every frame — post-traumatic stress, jingoistic patriotism, alcohol-fueled dysfunction — to the point that by the final reel, audiences are likely to feel as much battered as moved by each new plot development.