Accessibility links
From Busy to Business: Exploring 'Semantic Antics' In Semantic Antics, lexicographer Sol Steinmetz traces how even the most basic words --including "deer," "balloon" and "kid" — have changed meaning in unusual and unexpected ways. 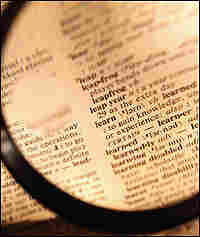 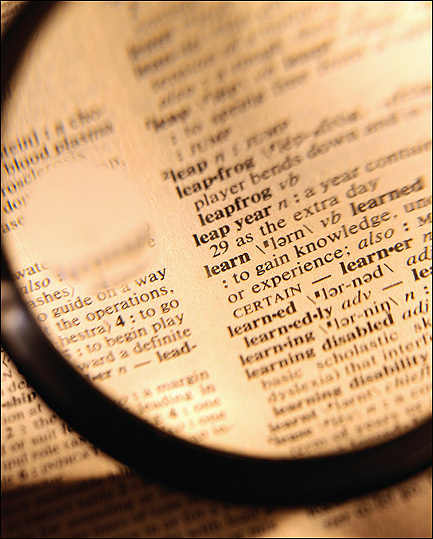 Over the years, common English words have changed meaning in unusual and unexpected ways.

Read an excerpt about how words like "wallop," "weird" and "worry" have changed meaning.

In the 13th century, a "silly" person was someone who was blessed. And a "deer" was any four-legged land animal.

But by the late 1500s, silly people had declined to fools, and hunters long knew that deer were mammals whose heads would be prized on their walls.

In his new book, Semantic Antics: How and Why Words Change Meaning, Sol Steinmetz traces the origin of these words — and many others — using historical, cultural and literary anecdotes. Steinmetz, a lexicographer and dictionary editor, spent years following the evolution of words. Semantic Antics delves into how even the most basic words — including balloon, hobby and kid — came to their present-day meanings.

Steinmetz says words develop in a number of ways: their meanings can narrow or broaden, or be distorted, upgraded or extended. "Litter," for example, meant "bed" in the 1300s, but over the years, it narrowed to mean bedding for animals. And Steinmetz says "business" used to refer to being busy, but it gradually broadened to encompass many kinds of occupations.

Susan Stamberg spoke with Steinmetz about some of the strange ways the English language has evolved over the centuries. 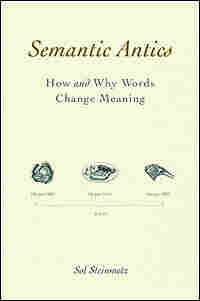 If you have ever wondered why words change meanings, just imagine what language would be like if every word had only one meaning. We would have to invent hundreds of thousands of words for all the meanings we'd wish to convey! How would we remember so many words? We'd have to walk around with backpacks stuffed with dictionaries. We would become paralyzed by verbal gridlock. Communication would be so exhausting that many speakers would retreat to the grunts, squeals, and yowls of cavemen. Changes in meanings make language flexible and malleable. But how do words take on new meanings?

Boxers have been known to pack a wallop, meaning "to give a powerful blow," since the early 1800s. The word wallop, "a heavy, resounding blow, a whack," is labeled as slang in 1823, not far behind the verb to wallop "to beat soundly, thrash," recorded as dialectal in 1825. Stephen Crane, in Red Badge of Courage used the verb in the context of the Civil War: "He [an officer] began to blithely roar at his staff: 'We'll wallop 'im now. We'll wallop 'im now. We've got 'em sure.'"

The word wallop has had a long history, going back to Middle English. Wallop was probably borrowed from Old North French (unattested) walope meaning "to leap well," from a Frankish phrase related to Old Saxon mela "well" and hlopan "to leap." Around 1350, a wallop meant "a horse's gallop," as in He rode a great wallop; around 1375, to wallop meant "to gallop," as in The rider walloped homewards. Since these actions involved quick motion, the meaning of wallop was extended imitatively in the mid-1500s to mean "the bubbling motion of boiling water," and to wallop "to boil with a noisy bubbling." These meanings were further extended in the 1700s to action involving any heavy, plunging or lurching movement, as in to go wallop, to wallop in the dust, I walloped in the icy water of the lake. These led eventually to the current senses of "a heavy blow" and "to beat soundly, as in "Be ready, when the 10th retire, to give the French a wallop" (1827, S. Hardman, The Battle of Waterloo).

We owe the weird and wonderful word weird to Shakespeare, who used it six times in Macbeth (1605): five times in the phrase the weird Sisters and once in the weird Women, all referring to the three witches who plot Macbeth's downfall. Shakespeare borrowed the phrase from its use in Middle English (about 1400) to describe the three Fates or deities of ancient mythology who determine the destiny of human beings, weird meaning "having the supernatural power to control a person's fate, claiming to deal with fate or destiny."

The Middle English word was originally a noun meaning "fate, destiny," and was used attributively in the phrase the weird Sisters. Weird developed from Old English wyrd, from a Germanic base represented also by Old Saxon wurd, Old High German wurt, and Old Norse urdhr, all meaning "fate."

It was the poet Shelley who, in the period 1816–1820, extended the meaning of weird from "having a supernatural power" to "of a mysterious or unearthly character, strange, uncanny," as in a weird sound of stillness, weird winter nights, and "strange or odd in appearance," as in Mutable as shapes in the weird clouds (1816, Alastor).

The alliterative expression weird and wonderful, meaning "marvelous in a strange way," has been in use since the 1850s, often ironically. In the opening sentence above, though, it's meant to be straightforward.

Worry has produced cliches like Why worry? I should worry? What, me worry? Not to worry, Don't worry, and others. The word is so commonplace that we hardly think of it as meaning anything but "to be anxious, uncomfortable, ill at ease." But a little history goes a long way to correct this impression.

To begin with, in medieval England, to worry (or worien, as it was spelled then) was what we might consider today a major crime. The word meant "to kill by choking, to strangle," and was used before the 1300s to describe the brutal killing of people and animals. Middle English worien developed from Old English wyrgan "to strangle, throttle." To the credit of the Anglo-Saxons, it also meant "to choke on food," and the phrases to be worried or to worry oneself meant "to devour food so greedily as to choke."

Another early meaning was "(of dogs or wolves) to kill quarry by seizing it by the throat and biting and shaking," which led in the 1500s to the figurative meaning of "to harass by rough or aggressive treatment," as in enemies worrying and preying upon one another, and in the 1600s to the somewhat lighter sense of "to annoy, vex, or pester," as in to worry visitors with foolish questions. Finally, around the 1820s, the current meaning, "to distress or agitate, to make or be anxious or ill at ease," appeared in phrases like to fret and worry and don't be worried. Is it a coincidence that you get a strangling sensation in your chest when you're worried about something? Perhaps not. 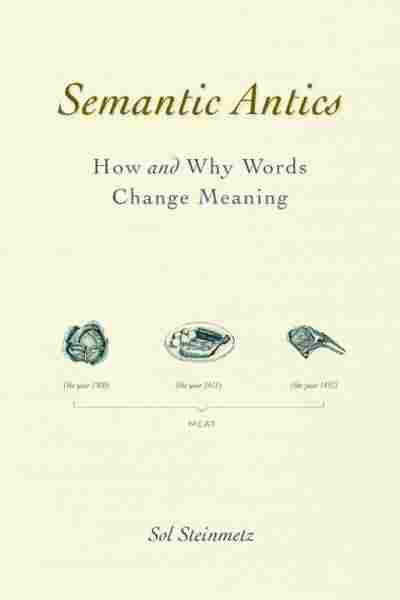 How and Why Words Change Meaning