Accessibility links
Series Overview: China's Growing Influence Increases in international trade, tourism and cultural exchanges have given China a substantial national interest overseas. But China has not articulated a clear plan or strategy for the role it wants to play in the world. 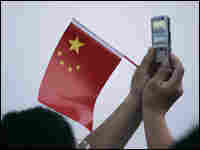 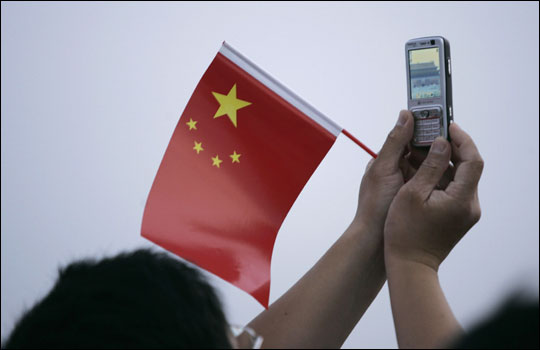 A visitor takes a picture with his mobile phone of Tiananmen Square in Beijing. Global trade and communications are making China's growing influence felt worldwide.

In a seven-part series, NPR examines China's growing influence around the world. In Part One, Anthony Kuhn reports from Beijing on how China is learning to use its newfound diplomatic muscle, and how its increasing involvement in the world economy and international institutions is changing its view of its role on the international stage.

In Part Two, Julie McCarthy examines how commodities such as copper and soy are binding China closer to Latin America.

Part Three looks at China's efforts to win the world's hearts and minds through the soft power of culture and language.

Michael Sullivan reports on China's influence in its own backyard — Southeast Asia — in Part Four, and Peter Kenyon examines how China's rise as an oil importer is affecting the Middle East in Part Five.

In Russia, Gregory Feifer examines the role reversal the former superpower has had with its neighbor to the south in Part Six. The series concludes with Mike Shuster's look at China's growing military influence in Part Seven. 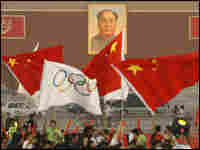 A crowd waves Olympic and Chinese flags in August 2007, when China kicked off a yearlong countdown to the 2008 Summer Games. The Olympics will be a telling test of how China presents itself to the world. Peter Parks/AFP/Getty Images hide caption 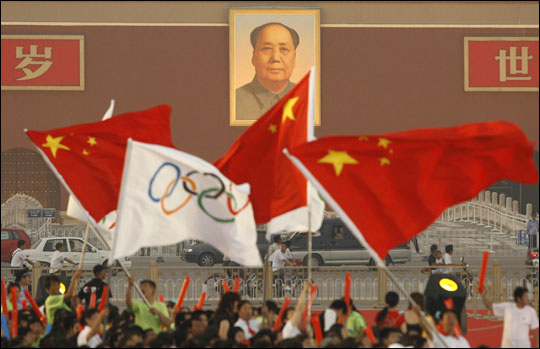 A crowd waves Olympic and Chinese flags in August 2007, when China kicked off a yearlong countdown to the 2008 Summer Games. The Olympics will be a telling test of how China presents itself to the world.

Every day seems to bring a new statistic about China: The communist giant has become the world's third-largest trading nation; it has the most cell phone subscribers in the world; it emits the most carbon gases.

Some media refer to this as the rise of China. Chinese people see this as their country's rightful return to the dominant position it occupied in Asia for much of the past 2,000 years. That's with the exception of a 150-year slump, when China was ravaged by Western imperial powers and its own civil war.

While China's influence was previously limited mostly to East Asia, now global trade and communications make its reach and impact worldwide. China has not articulated a clear plan or strategy for the role it wants to play in the world, leading to some misgivings and apprehension.

Much of China's growing reach comes from its economy, which is entering a new "outward bound" phase. After years of functioning as a foreign investment-driven export platform, China is moving up the value chain. Its companies are searching for new markets and technologies. They are using the foreign currency earned from trade to snap up foreign assets, from companies and securities to energy supplies. Many of the resources it is acquiring are in Third World countries, where instability and bad governance have kept Western multinationals from operating.

The increases in international trade, tourism and cultural exchanges have given China a substantial national interest overseas. Under the more orthodox communism of Chairman Mao Tse-tung, national interest was considered a bourgeois concept, inimical to the international solidarity of the proletariat. While China has not clearly defined its national interest, there is no doubt that it has one. Several years ago, China's Foreign Ministry created a department to protect the safety of Chinese nationals living and working overseas, indicating that the government recognizes these interests and must protect them.

Beijing has also come to realize that growing hard power — that is, political, economic and military strength — must be accompanied by soft power. If other countries mistrust its intentions, more power will lead to less security. China's progress in building soft power is visible in the growing numbers of young people studying the Chinese language.

In many media reports, China is portrayed as an economic success story for its rapid development and achievements in pulling millions of people out of poverty. It also represents a somewhat darker success story: the Communist Party's track record of economic reform without loosening its stranglehold on political power.

But China has had difficulty deciding what values it stands for and can promote. To the official Chinese mindset, the way to build soft power is to crank out more and better propaganda. Critics argue that the salient feature of government propaganda is that it tends to fly in the face of reality. With soft power, analysts point out, it's what you do, not what you say.

Carnegie Institute for International Peace scholar Ding Xueliang draws a parallel with China's military. It has formidable military power within its own borders, but it lacks the ability to project that power — for example, through the use of aircraft carriers. Likewise, China is rich in cultural resources, but has had difficulty harnessing these resources to build soft power commensurate with its hard power.

The Summer Olympics in Beijing will be a telling test of how China presents itself to the world. The unrest in Tibet will test its ability to respond with confidence and deftness in the face of protests and public relations blunders that are likely to occur. All that we can be sure of now is that China and the Olympics are sure to leave their marks on each other.