Listen
A Little 'Light' Music: Scorsese on the Stones 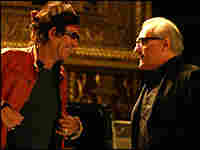 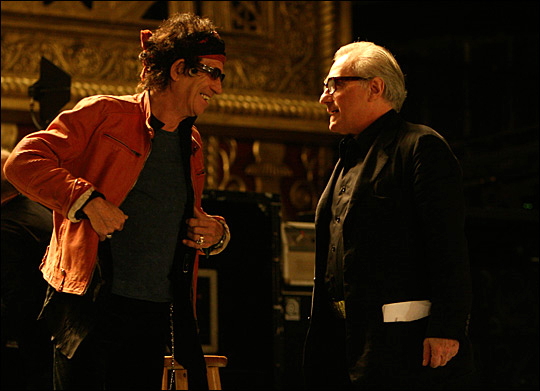 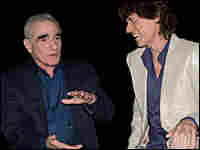 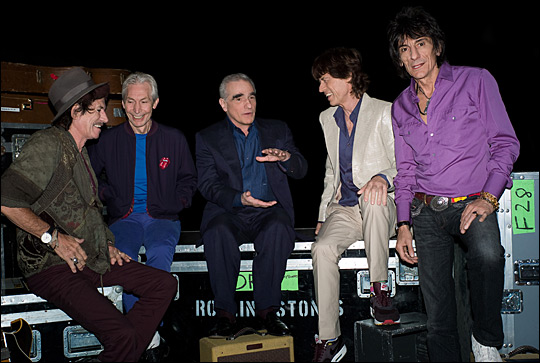 Scenes from 'Shine a Light'

Full-length songs from the Shine a Light soundtrack.

As Tears Go By

That's director Martin Scorsese, who marshaled 18 cameras, a troop of Oscar-winning cinematographers and countless scorching-hot stage lights to capture the elusive energy of a Rolling Stones concert, from the glow of Keith Richard's cigarette to Jagger's manic dance moves.

In his movies, Scorsese has turned to the music of the Rolling Stones time and again to provide an undertone of danger and volatility. (Think of "Jumping Jack Flash," introducing Robert De Niro's jittery Johnny Boy in Scorsese's Mean Streets.)

Now, in Shine a Light, he turns his lens on the band itself.

The documentary, which tracks the Stones performing live at a small New York theater, is a movie Scorsese has been thinking about making for 40 years. When he first heard the band, he tells Morning Edition, he'd made a couple of short films, but he was still working on his first feature and still living on New York's Lower East Side. It was a way of life, he says, that "was like being in a small Sicilian village" — but it was on its way out.

"So I had sort of one foot in that world, the old world, and one in the new," Scorsese says.

And when he encountered the Stones, he found their music intoxicating — to the point that he credits it with inspiring his filmmaking.

"Their work becomes something I continually find myself going back to," Scorsese says. "It's always in my head. And it dictates, at times, camera moves, tones of scenes, behavior of people, that sort of thing."

'Little Talking Boxes' and Ironic Clips from the Archives

Laying plans for Shine a Light created "more interesting situations than I thought," Scorsese says, wryly. The Stones were touring, he explains, and "we weren't in the same city, so primarily they became these little talking boxes on telephones — trying to get all these major decisions made, and nobody can get in the same room."

Documentarians use what they have, though, so the speakerphone itself becomes a kind of character in at least one scene.

Excerpts of interviews from across the last few decades pepper Scorsese's film — in one clip, Dick Cavett asks a 20-ish Jagger whether he can picture himself "at age 60, doing what you do now... going onstage with a cane" — but Scorsese didn't conduct any new interviews of his own.

"Ultimately the Rolling Stones, along with the Beatles, I guess, are the most documented band in history," Scorsese says. "So much has been said, they've answered so many questions — very often the same questions — for the past 30 or 40 years."

But "the music stands," Scorsese says: Ask "Who are the Rolling Stones? What are they?" and that's where you find the answer.

"We don't have to know who they are or who they were, even their names," Scorsese says. "The music is something unique and different and will always be there."