Accessibility links
Russia, China's Fortunes Reversed in Frontier City Few places in the world have been more directly affected by China's booming economy than its once-mighty neighbor to the north. In the Russian city of Blagoveshchensk, goods now move in from China instead of the other way around.

The sixth in a seven-part series. 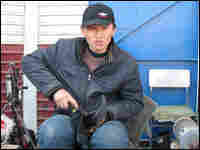 Cobbler Yo Xiaoching, who works in Blagoveshchensk, Russia, says it's impossible to find work across the river in China. Sergei Sotnikov, NPR hide caption 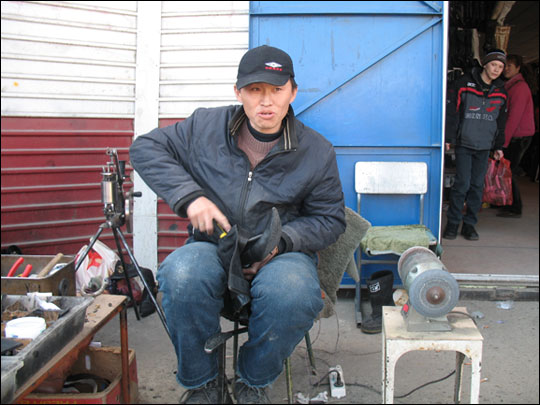 Cobbler Yo Xiaoching, who works in Blagoveshchensk, Russia, says it's impossible to find work across the river in China. 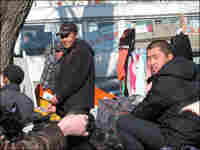 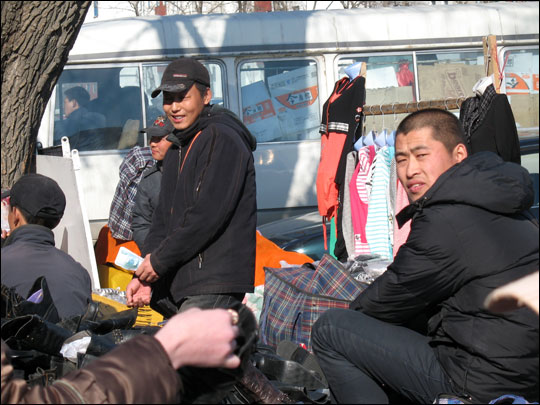 Every day seems to bring a new statistic about China: It has become the world's third-largest trading nation, it has the most cell phone subscribers in the world and it emits the most carbon gases.

Some media refer to this growing influence as the rise of China. Chinese people see this as their country's rightful return to the dominant position it occupied in Asia for much of the past 2,000 years. Read more about NPR's seven-part series exploring China's role in the world. 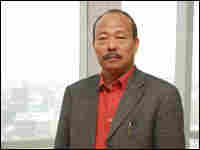 He Wenyan, director of the Hua Fu construction company, stands at the top of his Asia Hotel, Blagoveshchensk's tallest building by far. He dominates construction in the city. Pavel Koshelenko for NPR hide caption 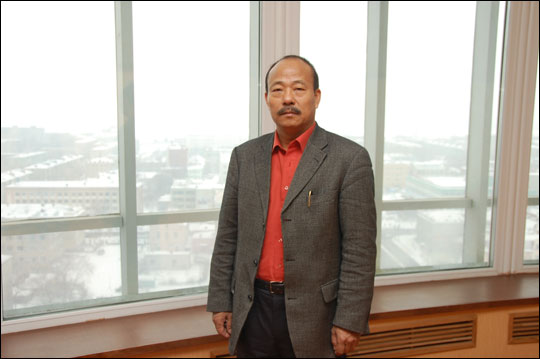 He Wenyan, director of the Hua Fu construction company, stands at the top of his Asia Hotel, Blagoveshchensk's tallest building by far. He dominates construction in the city. 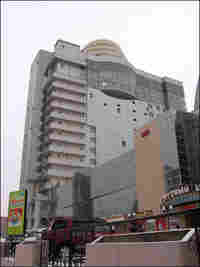 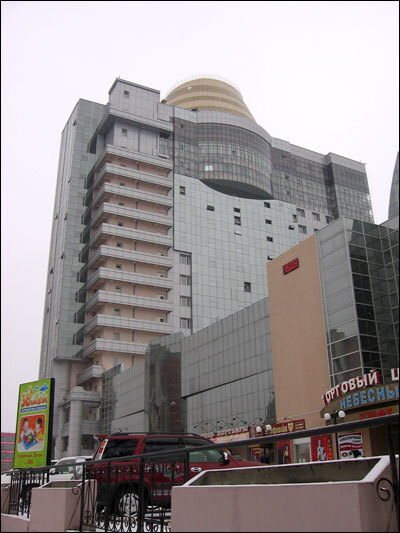 He Wenyan's Asia Hotel, set to open in May. 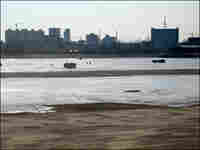 The Chinese city of Heihe, as seen from the Russian side of the Amur River, is expanding quickly. Sergei Sotnikov, NPR hide caption 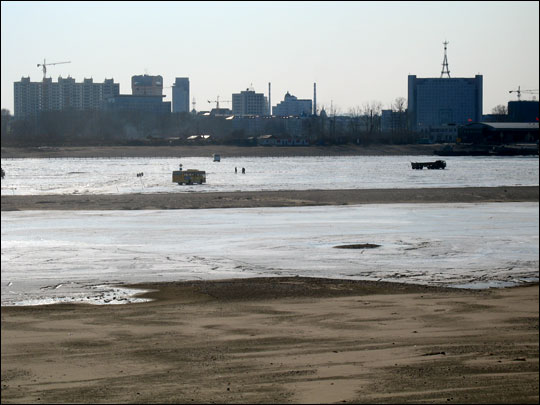 The Chinese city of Heihe, as seen from the Russian side of the Amur River, is expanding quickly.

Few places in the world have been more directly affected by China's booming economy than its once-mighty neighbor to the north. In Russia's sprawling Far East, Chinese people and capital are moving in as Russians abandon the depressed region.

Russia's relationship with China is starkly clear in the city of Blagoveshchensk, which sits on the Amur River that divides the two countries.

In the 1960s, the former communist allies fought bloody skirmishes along the river. When relations began to thaw in the 1980s, Chinese people flocked across the border to buy Soviet cars, farm machinery, kitchen utensils — anything they could get their hands on.

Now the trade moves in the opposite direction.

Across the bank of the narrow Amur River from the depressed Blagoveshchensk, the city of Heihe is growing quickly.

On the Chinese side of the river, people overloaded with large plastic bags packed with clothes and other Chinese goods cram onto hovercraft ferries that leave every few minutes. The passengers are mostly Russians, paid by Chinese to carry goods to the other side.

Back in Blagoveshchensk, Chinese venders hock some of the goods at a bustling outdoor market, just as in other cities across Russia's Far East. But the Chinese do more than sell merchandise. They are also finding other lines of work.

Next to one stall, cobbler Yo Xiaoching hammers new soles onto a pair of shoes. He says it's far easier to find work in Russia than in China. The math says it all: Russia's vast, empty Amur region has fewer than a million residents. The Chinese region of Heilongjiang across the river is bursting at the seams with almost 40 million people.

"There's no work on the Chinese side at all," Yo says in Russian. New, strict Russian immigration laws have limited the number of Chinese working in Blagoveshchensk, but Yo says finding employment is still easier on the Russian side of the river.

In addition to clothes and electronics, most of the food for sale comes from China, and Blagoveshchensk also has many Chinese restaurants and cafes. But in a city dominated by old decaying log houses and squat Soviet concrete hulks, the biggest sign of the Chinese presence is construction.

Set to open in May, the Asia Hotel is the tallest building by far in Blagoveshchensk and it will have the city's only world-class accommodations. The hotel is being built by a Chinese company. When its CEO drives up, he's in a Bentley coupe, the only such car in the Amur region.

Inside the hotel's massive revolving restaurant, He Wenyan says Blagoveshchensk would be far worse off without the Chinese.

"We're good for the Russians," he says. "We're helping sustain their market economy."

But most Chinese in Blagoveshchensk maintain a low profile and keep to themselves. Racist hate crimes are on the rise in Russia, and nationalists speak of a Chinese menace growing on Russia's border. But Blagoveshchensk residents tend to be less suspicious of the Chinese than they were even a few years ago.

On the city's main street, clothes designer Tatyana Sorokina says she feels closer to China than Moscow, in the European part of Russia thousands of miles away.

"That's just a fact of life ... after all, China's just across the river. We depend on the Chinese for so many things. Any development here is good for us," she says.

Dependence on China is hardly new. Residents say they wouldn't have weathered Russia's steep economic decline in the 1990s without affordable Chinese products. Nikolai Alexandrovich, 80, says he remembers surviving mainly on potatoes from China during the worst years of Stalinism in the 1930s.

"Today we'd be walking around naked and hungry if it weren't for the Chinese ... because our own authorities are just concerned with battling each other for control and lining their own pockets," he says. "They've only helped Russia's Far East decline."

But while locals feel they have much to gain from the Chinese, analysts warn that the Kremlin is in denial about the long-term threat to Russia's Far East. China is buying Russian arms for its major military buildup and pressuring Moscow to speed the building of oil and gas pipelines to feed China's growing need for energy, even as Russia faces problems meeting its own energy demands.

Sociologist German Zheliabovskii says Moscow doesn't realize that, sooner or later, Russia will have to share land with China.

"Our military alone won't be able to hold the Far East," Zheliabovskii says. "There have to be Russian people living here."

Zheliabovskii points out that Russia only took Blagoveshchensk from the Chinese in 1856 — and that China may soon control the city once again.

Series: China and the World