Accessibility links
Martin Luther King's Last Campaign for Equality Martin Luther King Jr. was in Memphis in 1968 rallying for fair treatment and pay of African-American sanitation workers when he was assassinated. American history professor Michael Honey joins Fresh Air to discuss his book on the labor campaign King was leading at the time of his death. 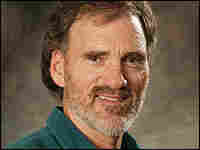 Michael Honey is a professor of American history at the University of Washington, Tacoma. Courtesy of W. W. Norton & Company hide caption

Although many people know that Martin Luther King Jr. died in Memphis, many don't know that King had come to the city on behalf of black sanitation workers who were striking for the right to unionize. The strikers and their supporters turned Memphis upside down for 65 days in the winter of 1968.

King saw his work in Memphis as part of a new direction in the civil rights movement, emphasizing economic equality.

"We know that it isn't enough to integrate lunch counters," King told a crowd at Mason Temple in March 1968. "What does it profit a man to be able to eat at an integrated lunch counter if he doesn't earn enough money to buy a hamburger and a cup of coffee?"

Honey is a former civil liberties organizer and a professor of ethics, gender and labor studies and American history at the University of Washington, Tacoma.

This broadcast originally aired on January 15, 2007. 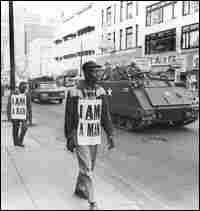 Striking sanitation workers march in Memphis in 1968, escorted by the National Guard. Courtesy Mississippi Valley Collection at the University of Memphis hide caption 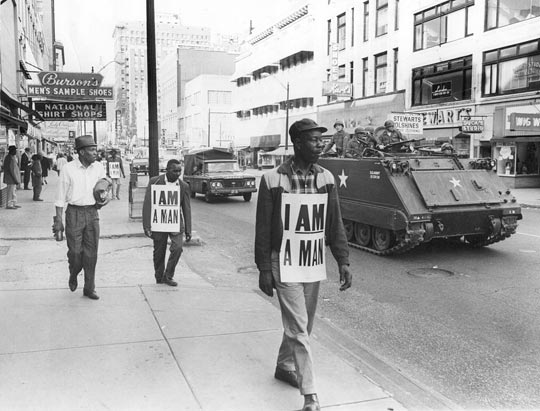 Striking sanitation workers march in Memphis in 1968, escorted by the National Guard.

Courtesy Mississippi Valley Collection at the University of Memphis

Herb Kneeland, a disc jockey at Memphis radio station WDIA, was on the air the day King was assassinated. He, along with other DJs urged the city's residents not to riot after King's death was announced. StoryCorps hide caption

The Rev. George Turks Jr. was a teenager living in Memphis during the 1968 sanitation strike. Here, he remembers attending the march on March 29 where black sanitation workers carried signs saying, "I Am a Man." StoryCorps hide caption

Ella Owens was at a march in support of striking sanitation workers on March 28, 1968, led by King, which was interrupted by violence. StoryCorps hide caption

Kathy Dean Evans, who was growing up in Memphis during the strike, describes the shock of hearing that King had been killed and the aftermath of the assassination. StoryCorps hide caption 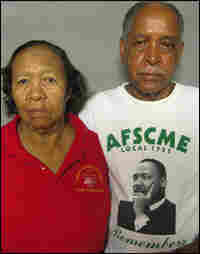 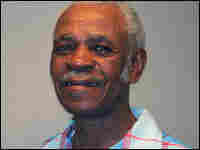 Elmore Nickelberry has been on the job for 54 years as a sanitation worker in Memphis. StoryCorps hide caption

Forty years ago Friday, the Rev. Martin Luther King Jr. was shot and killed in Memphis, Tenn. He was there to lend his support to sanitation workers — most of them African American — who were on strike, protesting terrible working conditions and low wages.

Taylor Rogers and Elmore Nickelberry were among the 1,300 who walked off the job in 1968. Rogers remembers picking up tubs of garbage that were full of holes.

"That garbage would leak all over you," he says. By the time he got home, his clothes were dirty and full of maggots that had fallen on him.

"I had maggots run down in my shirts, and then maggots would go down in my shoes," Nickelberry says. "And we worked in the rain — snow, ice and rain. We had to. If we didn't, we'd lose our job. They said, 'A garbage man wasn't nothing.'"

Rogers says, "It was awful." One day, two workers, who had gone into a trash compactor to escape the rain, were crushed to death.

"Sometimes you cry," Nickelberry says. "Sometimes you get mad and get up in the morning and ... say, 'I ain't going to work.' ... I had to work because that's the only way I could feed my family."

'All We Wanted Was Some Dignity'

"All we wanted was some decency, some dignity," Rogers says. "We wanted to be treated as men. So we said that this is it. Thirteen hundred sanitation workers, we all decided that we wasn't going to take no more.

'I've Been to the Mountaintop'

Rogers and his wife, Bessie, were both at Mason Temple on April 3, 1968, when King delivered what would prove to be his final speech.

"It was wall to wall with people," Taylor Rogers says.

"Well, I don't know what will happen now. We've got some difficult days ahead. But it really doesn't matter with me now, because I've been to the mountaintop. ... And I've looked over, and I've seen the promised land. I may not get there with you. But I want you to know tonight, that we, as a people, will get to the promised land."

"He was crying," Bessie Rogers says. "Tears were rolling down his cheek."

"You could really tell by the expression on his face, the feeling and the sound of his voice that he knew something was going to happen," Taylor Rogers says.

"I'm not fearing any man. Mine eyes have seen the glory of the coming of the Lord," King said.

The civil rights leader was assassinated the following day.

"You know, it's kind of like you lost a part of your family," Taylor Rogers says. "You just really can't describe it.

"He put everything aside to come to Memphis to see about the people on the bottom of the ladder — the sanitation workers," Taylor Rogers says. "After his death, we marched. You couldn't hear a sound ... you couldn't hear nothing but leather against pavement.

"It was just some terrible days back then, but with God's help we came through and it means something to know that you were a part of this."

Produced for Morning Edition by Michael Garofalo and Selly Thiam, with help from Steven Thrasher. 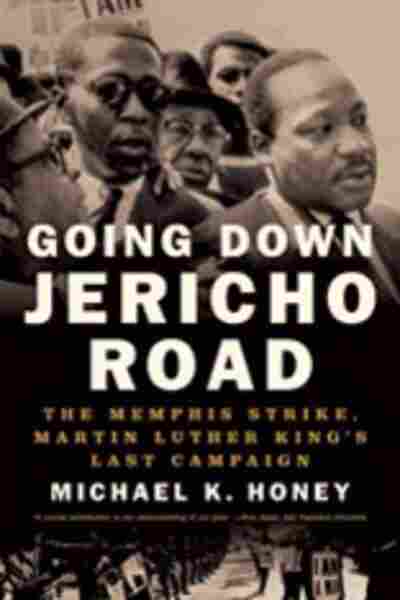