Accessibility links
'The Translator' Chronicles Haunting Treks to Darfur Sudan's government rarely allows journalists into the Darfur region to cover the brutal conflict, so many try to access Darfur from neighboring Chad. To do so, they use interpreters or fixers — one of whom has written a book about providing the service for Western reporters.

Sudan's government rarely allows journalists into the Darfur region to cover the brutal conflict, so many try to access Darfur from neighboring Chad. To do so, they use interpreters or fixers — one of whom has written a book about providing the service for Western reporters.

Okay, when foreign correspondents bring you a report like that one from overseas, they often rely on interpreters, or fixers. Those are locals who can get them to the scene and get them talking to the right people. This has certainly been the case with Darfur. Sudan's government has made it really hard for reporters to travel to that region, so many have relied on local fixers to help them cross into Darfur from the neighboring country of Chad. This is how you know what you know about what's happening in an area where the U.S. says there has been genocide.

NPR's Michele Kelemen caught up with one such fixer, the author of a new book called "The Translator."

MICHELE KELEMEN: Daoud Hari says the markings on his temple show he's a member of the Zaghawan tribe, one of the smaller groups in Darfur, Sudan. But as Darfur refugees started streaming across the border to Chad, Hari passed himself off as a Chadian to get work there in the camps helping his people. Eventually, he ended up helping journalists travel from Chad to Darfur. He says it was either that or taking up arms, and he didn't want to join in what he calls the dirty political games going on in Darfur.

Mr. DAOUD HARI (Author, The Translator): I decided this is maybe the way I help or maybe the way it's my battlefield, to use my small English to take the journalists in.

KELEMEN: Now living in Baltimore, one of just a few refugees from Darfur admitted to the U.S., Hari had help writing the book. It recounts some of the stories he heard on reporting trips - stories that still haunt him.

Mr. HARI: A lot of the stories stay with us, I think, forever. Like when you hear the story about the 9-year-old girl being raped for a week by the different men or different troops, it's very hard. And when a man is telling you my daughters have been killed among me, you know, in my hand or something like that, it's very hard.

KELEMEN: The war started in 2003, when Sudan unleashed the Janjaweed militia in a counterinsurgency campaign that hit civilians the hardest. Hari was a fixer for, among others, New York Times columnist Nicholas Kristof, who recalls a dicey trip they took together into Darfur.

Mr. NICHOLAS KRISTOF (Columnist, New York Times): Our vehicle got stuck in an area that the Janjaweed was active. And we were, you know, trying to push out the vehicle before the Janjaweed came. And he spotted some Janjaweed kids. The parents were probably off burning villages. But, you know, they were watching with some curiosity. And he had the guts to call them over and help push our vehicle out of the sand. And boy, I thought that was tremendous presence of mind and courage.

KELEMEN; As the war in Darfur dragged on, rebel movements splintered, and it became difficult for anyone, including Daoud Hari, to navigate. By the time he took Pulitzer Prize-winning journalist Paul Salopek into Darfur, they were picked up by members of Daoud's own tribe, who had joined the government's side.

Mr. HARI: We'd been captured by people I know, and they know me. They offer me to government, and that's the worst thing they did.

KELEMEN: Because you were - they handed you to the Sudanese?

Mr. HARI: Yeah, they handed me to Sudanese.

KELEMEN: The Sudanese accused Daoud Hari, the journalist Paul Salopek and their Chadian driver of spying. They were beaten and held for weeks until New Mexico Governor Bill Richardson persuaded the Sudanese to let them go.

Daoud eventually was resettled in the U.S. Random House publishers heard about him after reading an article by Kristof, who says good reporting depends on people like Daoud Hari, though the interpreters and fixers rarely get the glory or the prizes.

Mr. KRISTOF: It's great, in this case, to be able to share some of that glory with somebody like Daoud, who did, you know, so much to bring that Darfur story to us.

KELEMEN: Having made it through some very dangerous moments, Daoud Hari now has the luxury of thinking about his future. He's on a book tour now for "The Translator," and says he plans to go to school and one day return to help his people in Darfur. 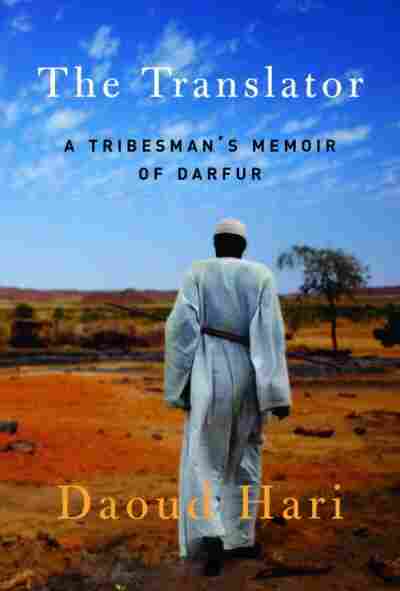 A Tribesman's Memoir of Darfur