Accessibility links
'Dry Manhattan' Traces Prohibition's Failure Prohibition was meant to stop the sale of liquor, but it didn't. In New York City, which had as many as 32,000 speakeasies, the policy's failure was flagrant. In his new book, Dry Manhattan, Michael A. Lerner examines what happened. 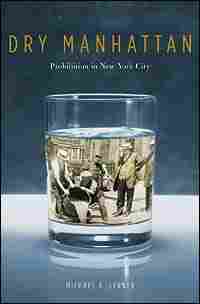 Prohibition, which was variously called a "noble experiment" and "the worst legislative mistake this country ever made," was a constitutional ban from 1920 to 1933 on producing and selling beer, wine and liquor.

The policy failed — flamboyantly and spectacularly — nowhere more so than in New York City, where there were as many as 32,000 speakeasies.

In his new book, Dry Manhattan, author Michael A. Lerner argues that advocates of Prohibition were not just opposed to alcohol and drunkenness: They also were opposed to the new American urban culture of immigrant groups.

Lerner, the associate dean of studies at Bard High School Early College in New York City, talks to Robert Siegel about this clash of cultures.

Historians of the twentieth-century United States have long complained that the politics of the 1920s was devoid of meaning, even "dreary." Yet New Yorkers came to realize during the 1920s that while drinking all night long in speakeasies was fun, it would do little to repeal an unwanted and ill-advised constitutional amendment. Out of necessity, New Yorkers slowly turned to the political arena — first on the local level, then on the national level — to counter what the dry crusade had wrought. In doing so, New York ultimately produced many of the nation's most outspoken wet political leaders, including James J. Walker, the city's "nightclub mayor"; Representative Fiorello LaGuardia, who demonstrated how to brew beer in his congressional office; Governor Al Smith, whose bid for the presidency offered the first real hope for an end to Prohibition; and Pauline Sabin, the New York socialite who became the leader of the largest repeal organization in the country. As these leading political opponents of the dry crusade emerged, the rest of the United States watched events unfolding in New York with great interest, and slowly began to be persuaded by the arguments against Prohibition coming out of the wet metropolis. The repeal issue, as promoted by New Yorkers, finally played an unheralded role in galvanizing national support for Governor Franklin D. Roosevelt, a reluctant wet whose election to the presidency in 1932 both doomed Prohibition and ushered in the New Deal. In this sense, the political response of New Yorkers to the "noble experiment" not only paved the way to repeal but also played a major role in shaping the political leadership of the nation into the 1930s and beyond.

While the problems associated with alcohol at the heart of the dry agenda were genuine, the solution imposed upon the nation had proved an anachronistic approach to reform. By the 1920s, New Yorkers' rejection of the dry agenda, their turn from cultural rebellion to political opposition, and their eventual embrace of the New Deal marked the emergence of a very different approach to addressing social problems. Rather than endure the demands of moral crusaders, they championed a style of political reform better suited to modern America.

Readers familiar with New York City today will no doubt recognize a great deal in the accounts of how New Yorkers resisted Prohibition — the energy and chaos of the modern metropolis, the remarkable landscape of the city, the bewildering diversity of its inhabitants, and its unmistakable attitude. What they may also find familiar is New Yorkers' refusal to abide by a moral vision imposed on them by reformers with no understanding of, nor concern for, the complexities of urban life. In their resistance to Prohibition, New Yorkers demonstrated that the city, its people, and its culture had come of age in the twentieth-century United States and would have to be accommodated as an integral part of American life.

Almost seventy-five years after repeal, we can understand that what was at stake in the "noble experiment" was not something as simple as the right to have a drink, but a much more significant set of issues. The battle between the dry movement and wet New Yorkers was a debate about competing visions of American society. It revealed deep divisions within the United States over individual rights, personal liberty, and the limits of reform.

Through their role in the rebellion against Prohibition, New Yorkers made the most enduring claim of this cultural conflict. By the end of the 1920s, they had made it abundantly clear that the biggest challenge facing the United States in the twentieth century would be to demonstrate that Americans from different backgrounds and holding different beliefs could co-exist in an increasingly pluralistic, cosmopolitan nation without being subjected to the moral demands of a movement as unforgiving and unrealistic as the dry crusade.

Electronically reproduced by permission of the publisher from Dry Manhattan: Prohibition in New York City, Cambridge, Mass. Copyright (c) 2007 by the President and Fellows of Harvard College. 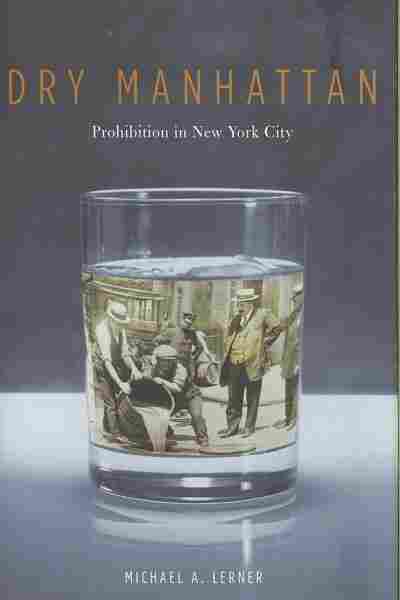 by Michael A. Lerner