Accessibility links
Nine Inch Nails: 'Ghosts' of Songs Nine Inch Nails leader Trent Reznor spent most of the 1990s belting out misanthropic anthems for young people decked out in dark eyeliner and combat boots. On Ghosts I-IV, Reznor drops the singing and puts his thick soundscapes in the center ring. It's a whole new world. 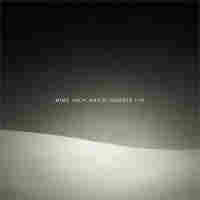 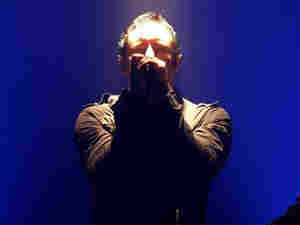 Ghosts I-IV is the first purely instrumental venture for Trent Reznor since his soundtrack for the video game Quake. courtesy of the artist hide caption

Last month, the heavy rock band Nine Inch Nails stepped away from its longtime major label and released the instrumental album Ghosts I-IV on the Internet. The band, led by singer and songwriter Trent Reznor, offered some tracks for free, but sold fans various special editions at premium prices — the total haul for the first week was reported to exceed $1.6 million. This week, the project gets a traditional CD release.

Reznor spent most of the 1990s belting out misanthropic anthems for young people decked out in dark eyeliner and combat boots. These records are built around his vocals, but they're equally notable for their thick, temple-of-doom soundscapes. On his new release, Reznor drops the singing and puts those atmospheres in the center ring.

Without the vocals, it's a whole new world. You can hear Reznor exploring rhythms and textures outside of his comfort zone.

On several of these short pieces, Reznor creates ambient drones like the ones Brian Eno pioneered in the 1970s. Then, he adds melodies that aspire to the introspective stillness of French composer Erik Satie's piano music. The result is transfixing.

Like Radiohead's recent In Rainbows, this new Nine Inch Nails release is another example of an established act walking away from a big label and finding creative ways to reach diehard fans. It also allows Reznor to share sketches and experiments — an overly generous 36 of them. It's exactly the kind of move that would have terrified the executives at Reznor's former label.