Accessibility links
Photographer Harry Benson: 'Anyone is Getable' Benson, 78, has spent the past five decades capturing famous faces from the Beatles to the Clintons. As he takes a stroll through a retrospective of his work, he shares the secret to making his subjects look natural. 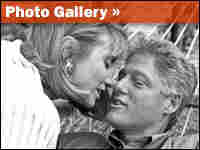 A retrospective of the legendary photographer's work offers a lesson on what it is to look "natural." Harry Benson hide caption

From the Beatles to Amy Winehouse
toggle caption
Harry Benson

Harry Benson tells the story of his intimate photograph of Hillary and Bill Clinton. 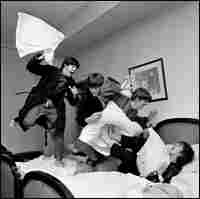 "That is the best picture of them, at the best time," Benson says of this 1964 photo of the Beatles, which he took at Paris' George V Hotel. Harry Benson hide caption

Benson tells the story of the Beatles photograph that changed his life. 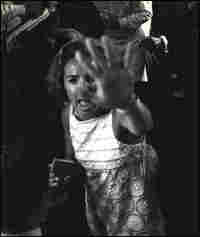 Ethel Kennedy had just discovered that her husband, Robert, had been shot when Benson snapped this image of her June 5, 1968, at the Ambassador Hotel in Los Angeles. Robert F. Kennedy died the next day. Harry Benson hide caption 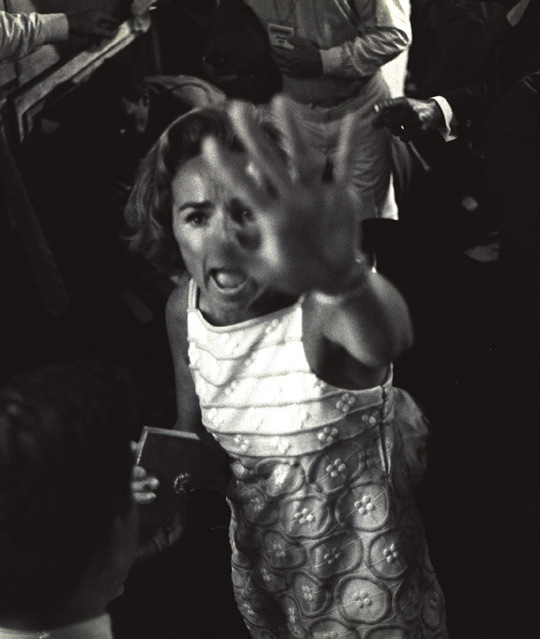 Ethel Kennedy had just discovered that her husband, Robert, had been shot when Benson snapped this image of her June 5, 1968, at the Ambassador Hotel in Los Angeles. Robert F. Kennedy died the next day.

Harry Benson almost did not go to the Ambassador Hotel the day Robert Kennedy was assassinated. Hear his story.

If famed photographer Harry Benson were an agent, he says he would urge his stars to have fewer pictures taken on the red carpet and more at the grocery store.

"I'd tell my clients to go to the supermarket and be natural, because when you see them at the Academy Awards, they look awful!" he says.

Benson, 78, has spent the past five decades capturing iconic images of famous faces — from the Beatles to Benazir Bhutto — and he's still far too busy to be anyone's agent.

The Scottish-born photographer recently did a shoot for the New Yorker with British pop-sensation Amy Winehouse.

"Anybody is getable, nobody wants to pass this way unnoticed," Benson tells Alex Chadwick during a stroll through a retrospective of his work at the Pacific Design Center in Los Angeles.

"There are always moments in every story I've done — no matter how difficult when all of a sudden it will soften for you, meaning there's an opportunity, there's a door open, and you've got to be like a dog. You get through it quickly," Benson says.

The exhibit's walls, covered with celebrities and politicians that he has photographed over the years, are proof of that tenaciousness.

Elizabeth Taylor, her head shaved following brain surgery in 1997 peers out from one wall. On another, Hillary Clinton leans into husband Bill for a kiss, shortly before his presidential inauguration in 1992.

Across the room, the Beatles celebrate their newfound success with a pillow fight in 1964 and Ronald Reagan dances with his wife Nancy in 1985.

"Do you like it?" Benson asks a stranger as she stops and stares at the iconic images.

Asked how he manages to get so close to his subjects, Benson credits his personality.

"I'm a very charming person," he says, laughing, before blowing a kiss into the microphone.