Accessibility links
Derek Walcott: A Life in Poetry Nobel Prize-winning poet Derek Walcott, 77, has spent a lifetime imbibing the rhythms of his native St. Lucia. He recently published Selected Poems, a compilation of his poems from 1962 to 2004. 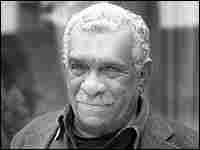 Derek Walcott has spent a lifetime imbibing the rhythms of St. Lucia.

The Nobel laureate has always looked to his native island for inspiration as a poet, playwright and painter.

Walcott, 77, has published 13 collections of poetry, some of them epic in length.

Walcott speaks with Jacki Lyden about his years spent as a "fortunate traveler," when he split his time between Boston, New York, Europe and at home in the West Indies.

That sail which leans on light,

a schooner beating up the Caribbean

for home, could be Odysseus,

home-bound on the Aegean;

that father and husband's

longing, under gnarled sour grapes, is

in every gull's outcry.

This brings nobody peace. The ancient war

between obsession and responsibility

will never finish and has been the same

for the sea-wanderer or the one on shore

now wriggling on his sandals to walk home,

since Troy sighed its last flame,

and the blind giant's boulder heaved the trough

from whose groundswell the great hexameters come

to the conclusions of exhausted surf.

The classics can console. But not enough. 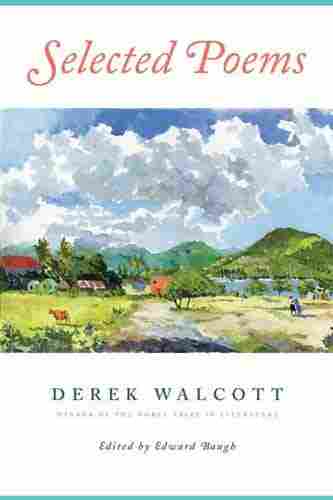 by Derek Walcott and Edward Baugh