Accessibility links
A Divided Nation, United in 'Idol' Worship Fox TV's seven-year-old songfest is far and away the most popular show on television. Everyone from Howard Stern to your local librarian to her tween daughter loves the show. What many people want to know is: Why? NPR's Kim Masters investigates. 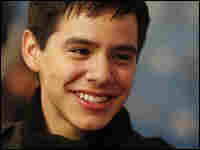 "Imagine" that: Idol sensation David Archuleta has tween girls raving over his wide-eyed, innocent air, even as more seasoned observers note that his arrangements have a familiar ring. Kevin Winter/Getty Images hide caption 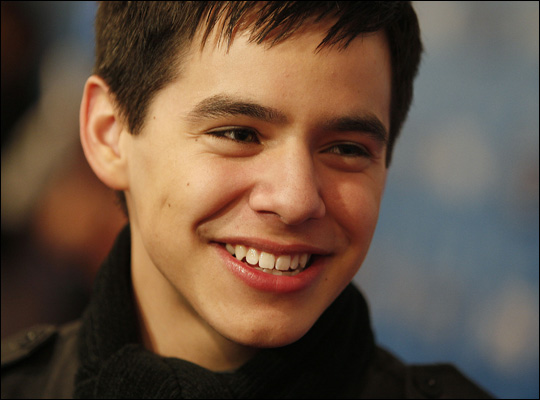 "Imagine" that: Idol sensation David Archuleta has tween girls raving over his wide-eyed, innocent air, even as more seasoned observers note that his arrangements have a familiar ring.

American Idol isn't just the most-watched show on television. In the Nielsen Top 10 from last week, it was the No. 1, No. 2 and No. 3 shows. The ratings may have softened (a little), but the show still pulls in about 27 million viewers. Which means that, in its seventh season, American Idol can be regarded only as a phenomenon.

At Braddock Drive Elementary school in Los Angeles, 10-year-old Bianca says that she likes the show for the music. "You get to hear people sing, and it's very joyful to hear them," she says.

Bianca's classmate Shannon is less generous. He says that he likes to see people mess up.

What's clear is that American Idol transcends a lot of boundaries. At the Culver City Senior Center, not far from Braddock Drive Elementary, it's not hard to find a fan.

"At the beginning it's funny," observes 83-year-old Murray Silman. "But when you get down to the end, you can see that they all have a great deal of talent."

But enough from the amateurs. What do the experts think? Jason Mittel is a professor of media studies at Middlebury College. One big component of American Idol's appeal? Hormones, he says. Mittel calls it "old-school swooning in front of a pop star."

Maybe. But American Idol cuts across most every demographic, whether it's location, age, race or gender. And Mittel says that's rare in an increasingly niche-media world.

Mittel also thinks an integral part of the Idol experience is that the audience gets to judge, too.

"The fact that you can feel ownership of particular contestants and the competition allows anyone to fit in," he says.

Folklorist Cat Williams agrees that voting is key to Idol's success. The United States is facing a "crisis in democracy," she argues; there was the contested presidential election in 2000, suspicion about what went on in Ohio in 2004, and a great deal of angst right now surrounding the Democratic primary process. "

"We are in this crisis of democracy," Williams says, "and since democracy is such an important part of our cultural identity, maybe American Idol provides another way for us to express ourselves democratically."

A metaphor for a troubled democracy? An expression of the American dream? Just good entertainment?