Accessibility links
Methane Plants: China's Clean Energy Alternative China is the world's largest producer of coal — and its largest consumer. Engineer Huang Shengchu promotes reducing reliance on this dirtiest of fossil fuels by capturing a byproduct, methane, and using it to produce power. Methane power plants are one of the country's best tools in fighting climate change. 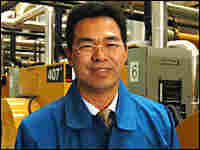 One of China's leading experts on coal and methane, Huang Shengchu, adopted the idea a decade ago to use captured methane to produce power in China. He also recommended building a methane plant at Sihe Mine in Shanxi Province. Andrea Hsu, NPR hide caption 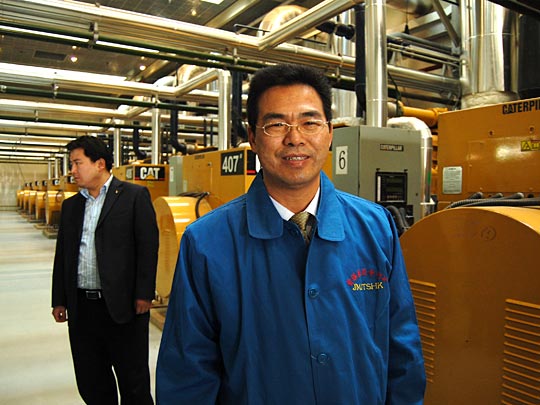 One of China's leading experts on coal and methane, Huang Shengchu, adopted the idea a decade ago to use captured methane to produce power in China. He also recommended building a methane plant at Sihe Mine in Shanxi Province. 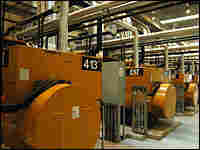 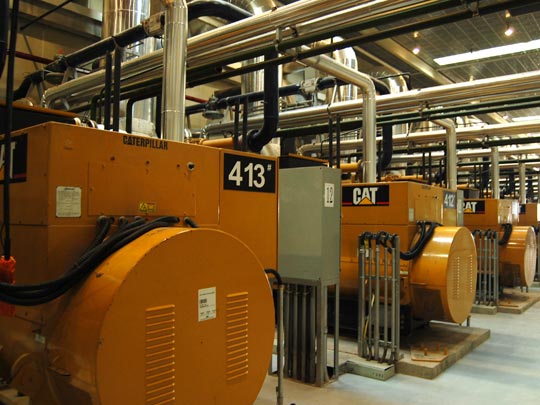 Follow the hosts and producers of 'All Things Considered' as they prepare a special series on China.

China is the world's largest producer of coal and its largest consumer. The country relies on coal for 70 percent of its energy use.

And China's appetite for energy is ravenous. The country is expected to build as many as 500 new coal-fired power plants over the next decade.

But coal is the dirtiest of fossil fuels. It is responsible for the vast majority of greenhouse gas emissions in China. So the country is trying to modernize its coal-fired power plants to make them cleaner and more efficient, reducing emissions.

One way is to use captured methane gas, a natural byproduct of coal mining.

Huang Shengchu, an engineer, adopted the idea a decade ago. It gave rise to the country's biggest methane power plant — and one of its best tools in its fight against climate change.

A Problem Becomes an Opportunity

Huang, 50, is president of the China Coal Information Institute, a government think tank. He wears his authority lightly, perhaps because of his humble roots.

His dream as a boy in a poor rural village in southern China was to drive a tractor. It was the only motorized vehicle he'd seen. As the top student in his class, he earned a spot at a university up north. He graduated with a degree in engineering and became an expert in coal mine safety.

That's how he became interested in methane. The highly explosive gas, which exists naturally in coal beds, is often the cause of mining accidents. In the 1950s, China began recovering methane to make mines safer. Now, as then, most of the captured methane is just released into the air.

That's a problem, because methane is a greenhouse gas more than 20 times more potent than carbon dioxide. It is therefore more dangerous to the environment.

Huang saw methane as a problem with potential.

"In the '90s, we'd learned that Australia was successfully turning methane into power using Caterpillar [tractor] gas engines," Huang says. "They'd then transfer that power to the grid."

Huang thought China could do the same thing, and he began promoting the idea a decade ago. He believed that recovering and repurposing methane could help protect the environment and reduce the country's dependence on coal, if only slightly.

Until then, some of the larger coal mines were using captured methane in kitchens for cooking. But Huang had something bigger in mind.

Huang was working with both the U.S. Environmental Protection Agency and the Asian Development Bank. After a number of field studies, he recommended building a methane power plant similar to Australia's at Sihe Mine in Shanxi Province.

A Modern Model of Efficiency

"Sihe Mine is very modern," Huang says, noting it's one of the largest coal mines in the world.

Huang thought the state-run mine could serve as a model for the rest of the country. Ten years later, it houses the largest methane power plant in the world.

Digging for coal is dirty work, yet this facility is bright and modern. Even the safety posters lining the wall look chipper. It is a far cry from the grimy images linked to coal mining in China, a country where thousands of miners die each year.

Sihe is not immune from danger. In 2006, an explosion at the mine killed 23 miners.

But its power plant has become a model for methane pumping. A pumping station brings up the methane from underground, and gas engines turn it into energy. Caterpillar, the company based in Lafayette, Ind., sold 60 gas engines to the coal mine for more than $50 million.

The plant produces 120 megawatts of capacity continuously, enough to power 82,000 American homes on a daily basis.

It's all much bigger than what Huang imagined 10 years ago.

"At the very beginning, nothing here," he says. "And now, so many modern power generators on site. I'm so excited."

Environmentalists say what is happening here represents one of the best tools in China's fight against climate change. The plant is helping China meet its two main goals of reducing greenhouse gas emissions and finding sources of energy other than coal.

Huang, a scientist who explains the world through equations, says 4.3 billion cubic meters of methane were captured in Chinese coal mines last year. That's a 26 percent increase over the previous year, thanks to government incentives.

If all that methane were turned into power, it could make a serious dent in China's need for coal.

A small number of coal mines are operating new methane power plants, though on a much smaller scale. But a large number of China's coal mines and plants are private, rag-tag operations with rickety equipment and no sign of innovation, let alone methane recovery.

"These small coal mines are a big problem for China," Huang says. "They're managed poorly, their technology is backwards, they have more accidents and they produce more waste."

The government has been trying to close down these operations, many of which are illegal. It has had some success. But with China's unyielding need for coal, new ones keep popping up. Huang says halting that is both a headache and a priority.