Accessibility links
Regrets? I've Had a Few The presidential race has been filled with slips of the tongue followed by regret. This year's candidates aren't the first to trip up on the campaign trail. In 1976, Jimmy Carter apologized after saying he saw "nothing wrong with ethnic purity" being maintained in urban neighborhoods.

Regrets? I've Had a Few

Regrets? I've Had a Few 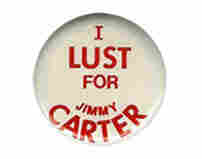 A series of comments during the 1976 campaign brought Jimmy Carter some unwanted attention. hide caption

It took two buttons for Rep. Nick Galifianakis to topple Sen. B. Everett Jordan in the 1972 Democratic primary in North Carolina. hide caption 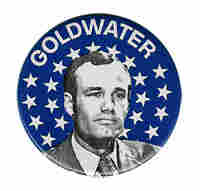 The Political Junkie and Talk of the Nation appear before a live audience Wednesday at the Newseum, and former Congressman Barry Goldwater Jr. is one of the special guests. hide caption 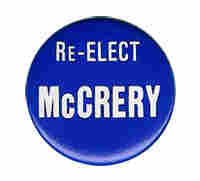 Twenty years ago today, Jim McCrery picked up a congressional seat for the Republicans in a special Louisiana election. hide caption