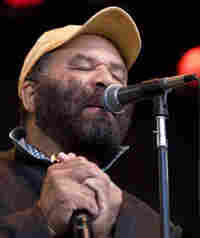 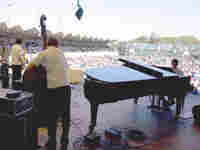 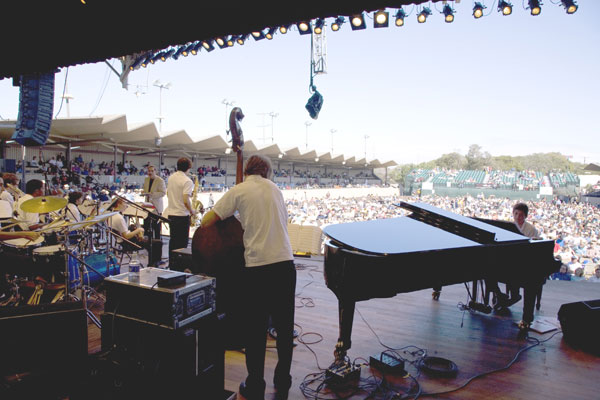 Next Generation Jazz Orchestra at Monterey. 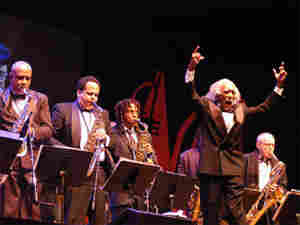 Every September since 1958, the Monterey Jazz Festival has transformed the municipal fairgrounds into a vast, sun-speckled, starlit, warm-days/cool-nights California music weekend. Excitement is in the air — on the main stage, on the garden stage, and under every tent, the programming is up-to-date while honoring what's come before.

One great tradition is silver-haired energizer Gerald Wilson — now almost 90 — and his big band, up from Southern California. A newer development is Monterey's annual Next Generation Jazz Orchestra, made up of high-school students, coming on strong with John Coltrane's "Mr. P.C." (arranged by Rich Shemaria). In addition, the winner of the youth composition competition, "Spectrum" by Levi Saluyia, opens this JazzSet.

Blues is for Saturday afternoons at Monterey. As Otis Taylor makes his Monterey debut, he remembers how his own father enjoyed coming here decades ago. As a youth in Denver, Taylor played guitar and harmonica, then moved to London briefly and began his career. In 1977, he took a long break, but came back to music two decades later with a deep "trance blues" sound that's totally his own. When daughter/bassist Cassie sings, there's more country in the mix. Chuck Campbell adds to the highway sound with pedal-steel guitar. JazzSet excerpts two songs: "Katrina" and "Working for the Pullman Company."

NEA Jazz Master Wilson and his orchestra headline the show with Monterey Moods, commissioned for the 50th Monterey Jazz Festival. This band is a family. The shortest tenure spans almost 20 years, and saxophonist Jack Nimitz has been with Wilson for 50. In our excerpts, Wilson paces a three-syllable melody (Mon-te-rey) at an allegro tempo, as a romantic ballad, and sets it to a Latin swing beat. Wilson does not stand still. Arms flying, he steps in and out of the band as he conducts, and the soloists do their thing — among them son Anthony Wilson on guitar.

Tim Jackson is the Monterey Festival general manager; thanks to him and his awesome year-round team for our visit. Our music mixes are by Ron Davis and his team, including Rob Mackinnon, Mike Davis, and James Willetts. Technical director Duke Markos, producer Becca Pulliam, and executive producer Thurston Briscoe III @ WBGO in Newark, N.J., and WBGO.org.