Accessibility links
Flowering Predator on the Loose in a D.C. Garden A keen-eyed gardener delivers disappointing news to Michele Norris: The beautiful, beloved purple flowering plant in her garden is an invasive species that, if it spreads, could snuff out other plants in its wake.

Listen
Flowering Predator on the Loose in a D.C. Garden 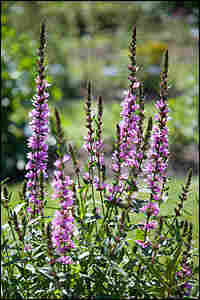 Purple loosestrife is a beautiful but dangerous addition to a garden: The flower is an invasive species that spreads easily, snuffing out native plants. Anna Yu/AY Images hide caption 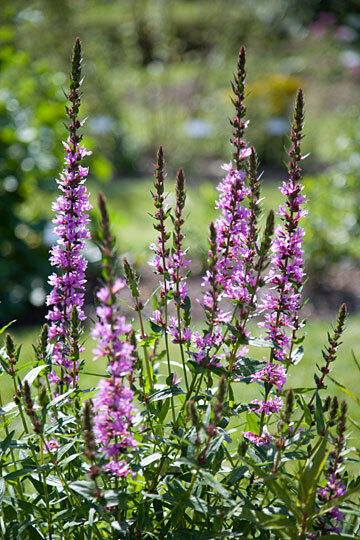 Purple loosestrife is a beautiful but dangerous addition to a garden: The flower is an invasive species that spreads easily, snuffing out native plants. 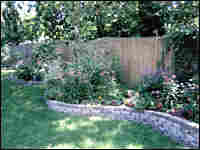 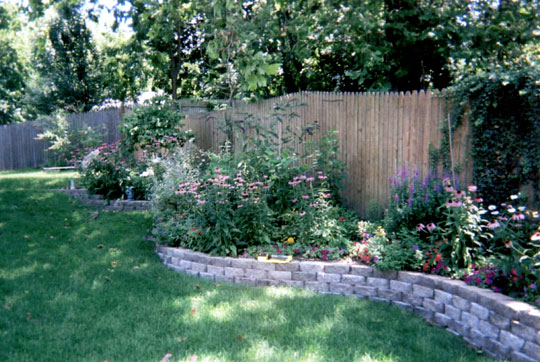 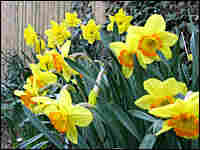 Daffodils in Norris' garden have not been edged out. Travis Larchuk, NPR hide caption 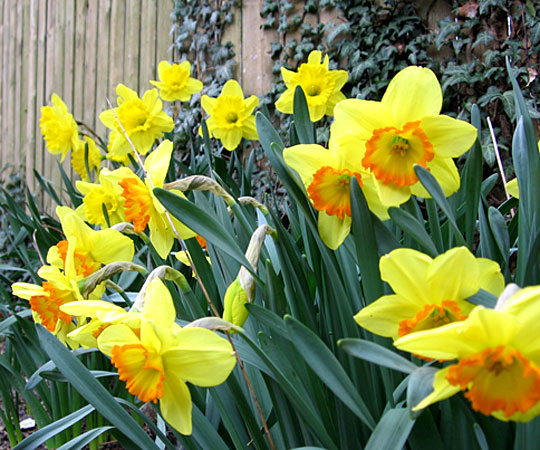 Daffodils in Norris' garden have not been edged out.

After I'm done thinking about political squabbles, when the workday is done and the microphone is off, there is one place I find refuge: my garden.

It has provided my family with a place to entertain, to think, to relax and to heal.

But once I started putting plants and flowers in the ground, I couldn't stop. I found myself with a large garden, but not enough time to take care of it.

As a trial-and-error gardener, I've made some big and costly mistakes. I needed help. I found it in Lisa Caprioglio.

As the flowers and weeds return in the spring, I turn to Caprioglio for advice and guidance.

At an easy spring cleanup session in my backyard, Caprioglio notices something awry. I have a predator lurking in my garden, a killer plant called purple loosestrife.

It is tall and full, with spiky stems and tiny fuchsia blooms. It anchors the view outside my kitchen window. It's the first thing I see while making morning coffee; it's my distraction while scrubbing pots after supper. I'm attached to this purple loosestrife. It's beautiful.

Caprioglio says it's a weed.

"Not every weed is ugly," Caprioglio says. "And that's the problem ... that purple loosestrife is something that is sold in garden centers because it's very attractive. And a lot of times, precisely the qualities that make it invasive are why people like to grow it — because it makes it easier."

This invasive plant species could grow until it chokes out other plants if left unchecked.

Caprioglio says I have to get rid of it.

"When it escapes cultivation — and it escapes easily, because the plant can produce a million seeds, and I'm not using that as an exaggeration — it can spread to the wild areas," Caprioglio says. "And once it colonizes a wild area, it's very difficult to control."

The soil in my garden isn't primed for purple loosestrife to take over the other plants, but the birds can eat the seeds and spread them beyond my yard. That poses a danger to natural wetlands like the Chesapeake Bay watershed and the woods near my home.

"Basically, it becomes a complete monoculture," Caprioglio says. "It's only purple loosestrife as far as the eye can see ... It likes wet environments. And the other native grasses that would be there, that provide food and shelter for the animals in that environment, are displaced. They can't out-compete this plant."

I have to make a decision whether to pull up my purple loosestrife or let it wreak havoc on my garden.

"It's difficult," Caprioglio says. "When we're talking about protecting the environment, we think that the environment is some place far away and exotic: 'Oh, it's the rainforests, and we need to save the rainforests.' But we all have our own little piece of Earth we need to pay attention to. In addition to enjoying it, we also have a responsibility to care for it properly."

Caprioglio says I have to think of the purple loosestrife as a weed.

"If you pull it out, you have to pull it out carefully, trying to take out all of the roots," she says. "Bag it in a plastic bag. Don't put it out with all of the other organic trash. You don't want those seeds to go to the county compost pile and invade someone else's garden."