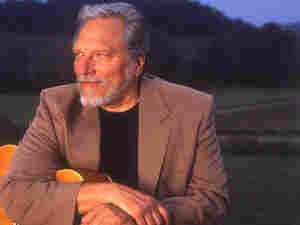 Only a handful of artists are instantly recognizable by a single name. Madonna, Prince, Jay-Z, or Elvis (Presley, that is) might come to mind, but to a certain audience, the name "Jorma" defines a distinct musical integrity and genre.

In January 2008, Jorma Kaukonen had come to New York to serve as artist-in-residence for the New York Guitar Festival and perform a series of shows in the tri-state area. On a chilly afternoon, he and longtime collaborator Barry Mitterhoff paid us a visit at the WFUV studios; it was great to sit down with this artist I'd long respected, and to talk about music from Jefferson Airplane to Hot Tuna to today.

In 1965, Jorma Kaukonen was a founding member of the San Francisco folk-rock band Jefferson Airplane. It was Kaukonen's acid-rock guitar playing, in particular, that helped define West Coast psychedelia. The band recorded seven studio albums — most notably Surrealistic Pillow — while transforming into other groups such as Jefferson Starship, Moby Grape, and Kaukonen's Hot Tuna, a blues- and folk-based project started with bassist Jack Casady.

In recent years, Kaukonen has turned his attention to traditional Americana, including last year's soulful Stars in My Crown.