Accessibility links
Gnarls Barkley and a Soulful Predecessor All Songs Considered host Bob Boilen hears something special in the new album from the innovative neo-soul duo Gnarls Barkley. It reminds him of a different groundbreaking soul artist who died more than 40 years ago: Otis Redding. 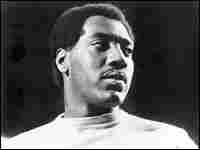 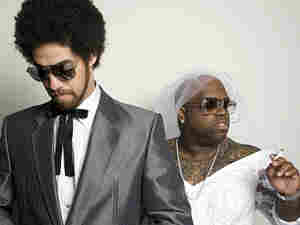 All Songs Considered host Bob Boilen has stumbled upon two albums recorded more than 40 years apart. He says there's a relationship between them.

Gnarls Barkley is the duo of rapper and singer Cee-Lo Green and producer Danger Mouse. Together, they were responsible for the 2006 smash single "Crazy." Their new album, The Odd Couple, is their second collection of forward-thinking soul and R&B.

Boilen points to a song like "Who's Gonna Save My Soul," which features samples from a spaghetti western and other elements that give the beat a dark sort of tension. "I love them, because it's great soul music," Boilen says. "But it's very much updated soul music. There's lots of stuff going on."

One day, Boilen was talking to a colleague who lent him a newly reissued Otis Redding CD. Though Boilen didn't think much of Otis Redding's albums in their day — too much filler, he says — having another listen to Otis Blue: Otis Redding Sings Soul gave him a new perspective.

"When you hear his voice on this — I didn't appreciate it well enough as a kid," he says. "And that band — I mean, this is what became Booker T and the MGs. The musicians are gorgeous, tasteful — listen to that Steve Cropper, that guitar. I miss this music."

It sets the work of Gnarls Barkley in perspective, Boilen says, compared to today's more straightforward throwback soul acts, such as Amy Winehouse or Sharon Jones and the Dap-Kings.