Accessibility links
Obama Name Games Painful to Muslims A campaign of innuendo has fed the incorrect perception that Barack Obama is a Muslim. The rumors — which include emphasizing his middle name, Hussein — have been painful in West Philadelphia and other Muslim communities across the country. 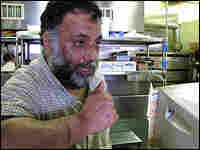 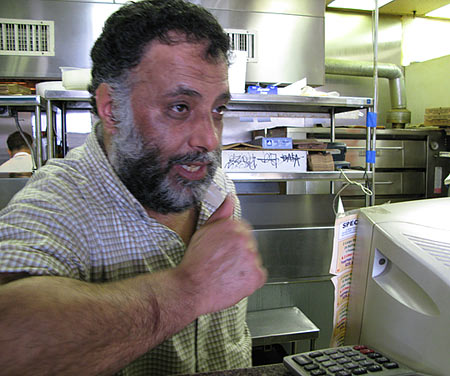 From the NPR New Blog 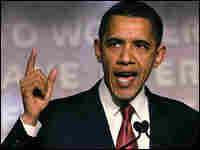 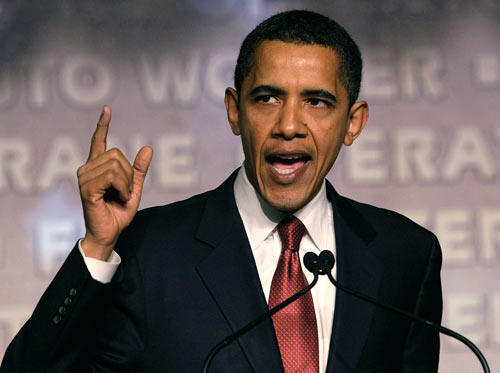 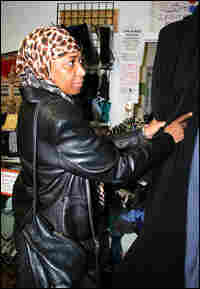 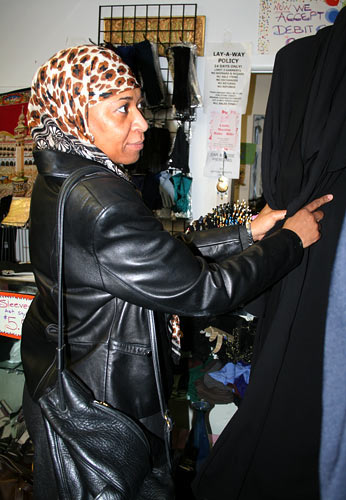 Fatima Umbeke says she hates the negative attention Islam has gotten in the fracas over Obama's religion. 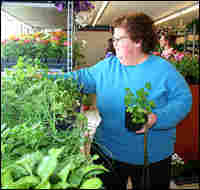 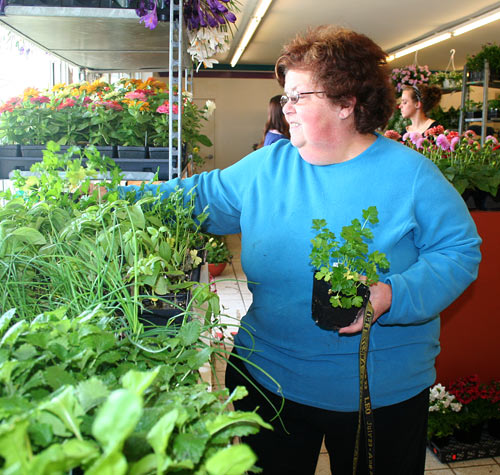 Retired schoolteacher Helena Murray, shopping for flowers near Lancaster, Pa., says dirty politics have not dissuaded her from voting for Obama.

Barack Obama is not a Muslim, but a recent survey found that about 10 percent of Americans believe he is. That perception has been fueled by a campaign of rumors and innuendo. It's a campaign that has caused pain in many Muslim communities, including one in Pennsylvania, which holds a key presidential primary Tuesday.

Obama had a Muslim stepfather. As a child, he learned about Islam and sometimes went to mosque. Nevertheless, he's a devout Christian.

But his middle name, Hussein, has been used by opponents to imply that he's a Muslim.

There are other examples. Republican Rep. Steve King of Iowa, speaking on a local radio station last month, said: "I will tell you, if he is elected president then the radical Islamists, the al-Qaida and the radical Islamists and their supporters, will be dancing in the streets in greater numbers than they did on Sept. 11th."

The trickle-down effect of such messages over radio, TV, the Internet and e-mail can be felt in West Philadelphia, in the city's Muslim community.

'No Shame to Be a Muslim'

"We felt sad," says Abdul Musaitif, who runs a Muslim pizzeria in Germantown. "It's no shame to be a Muslim."

Musaitif, a Palestinian from Ramallah, is now a naturalized U.S. citizen. He decries the idea that a reference to Obama being a Muslim could be seen as an accusation. But he says this is just the latest piece of negativity he has witnessed.

He adds: "They say this is a [democratic] country."

Musaitif also owns the butcher shop next door. His employees are all Muslim, and all the meat he serves, including pizzas, burgers and bacon, are halal — pork-free and Islam sanctioned. Despite everything though, Musaitif says he still feels very American.

Standing beside him is Khalil Abdul Jabbar. An African-American convert, he now wears the sort of garb — a long black tunic, prayer cap and unkempt beard — that singles him out as a devout Muslim. He says he's not surprised that labeling Obama a Muslim is considered a smear.

Jabbar says, "They'll say that ... 'his middle name is Hussein. We don't know about him becoming president because he might have ties.' What kind of ties? It has nothing to do with that. Once again, it's about the generalization of one bad apple with the entire group of people — it happens all the time in this country"

Germantown's Muslims have carved out a solid presence among businesses a little less pious. A bar is still open in the morning. There's music pumping into the street outside. A family emerges from a liquor shop pushing trolleys stacked with cases of wine and vodka.

But there's also an Islamic bookstore playing Quranic verses at full volume, and a boutique selling veils. Fatima Umbeke is going through the racks. She hates the negative attention Islam has gotten in this fracas over Obama's religion.

"It upsets me, you know ... that somebody would feel that way about a religion, and it's a religion of peace," she says. "But that's people for you."

For his part, Obama has repeatedly condemned the rumors, which have spread like weeds via e-mail.

"These e-mails are obviously not just offensive to me, somebody who is a devout Christian, who's been going to the same church for the last 20 years," Obama said on 60 Minutes last month. "But it's also offensive to Muslims, because it plays into, obviously, a certain fear mongering there."

The fear mongering, the feeling of distrust and suspicion is part of a wider problem, says Dalia Mogahed, who polls Americans for Gallup.

"Our data shows that only 34 percent of Americans say that they have no prejudice against Muslims," she says. "That figure compares to 74 percent who say they have no prejudice against Jews. So while anti-Semitism is certainly not a relic of the past, anti-Muslim sentiment is at an alarmingly high rate right now in America, and because of that it's used as a political tool against politicians."

Last month on 60 Minutes, Sen. Hillary Clinton, Obama's Democratic opponent, was asked about whether she believes he is a Muslim.

Obama says he believes American voters are smarter than some give them credit for.

"His middle name is Hussein ... I'm aware of that, but I just think, once again, it's dirty politics," the retired Lancaster schoolteacher says while flower shopping west of Philadelphia. "I was a women's libber and I was somebody that wanted a woman in the White House, but I prefer Obama now."