Accessibility links
Cooking Up a Seder Staple Gefilte fish has a special place in Jewish cooking and tradition as a misunderstood but delicious treat. Jewish cooking guru Joan Nathan cooks a homemade batch of gefilte fish with Jacki Lyden.

Listen
Cooking Up a Seder Staple

Right now around the country, people are sitting down for the Passover Seder. If you're lucky, the cooking got done yesterday, as it did at Joan Nathan's house.

Ms. JOAN NATHAN (Jewish Cooking Expert): All right, let's keep going, ladies. We got to get the filling started.

LYDEN: Joan Nathan is one of America's premiere Jewish cooking experts. Her books are as indispensable as matzah. She gathers her girlfriends each year in her Washington, D.C. kitchen to cook.

LYDEN: And they cook. They cook Gefilte fish, of course, for Pesach, Passover. Now, Gefilte fish recipes are like heirlooms. Joan Nathan explains.

So that was really Gefilte, it means filled fish. Then, what happened was people got a little bit lazy and they would start wrapping the skin around the fish just sort of hold it together and poaching it. Then, it came across the ocean. And in America, they started making patties. Now, of course, they have a frozen loaf of fish that they just bake. But I really like the fact that at holidays you can return to your roots, and I would never have a Passover without it.

Unidentified Woman: …all of this done.

Ms. NATHAN: The first thing that we do is we take these four pots and we're going to fill them with the heads, the bodies, the skin of the fish, onions, celery, carrots, we're going to cover it with water, and we'll put it - start boiling it. While we're boiling it, we'll start to prepare the fish.

LYDEN: These women have come prepared for a messy business, but if you have someone mince the fish meat for you, as Joan did, it's not too bad.

LYDEN: And some of this, the heads and the bones, went into the stockpot with the vegetables. Now, citing her authority as a cooking expert, not a Talmudic scholar, she says the Jewish tradition is that it's not only on Passover, but every Friday that requires a little bit of fish.

Ms. NATHAN: The Sabbath on Saturday is really the holiest day of the year, every Saturday, so that you're supposed to have something special for the Sabbath. And in the Talmud it says that you should have fish, and you should also have garlic. These are foods that arouse the passions. And since a man owes his wife to at least make love on Friday night because it's the holy day, so you need food that will arouse the passion.

LYDEN: So while the broth is simmering on the stove, the women kneaded the fish almost like dough or meatballs with eggs, salt, pepper, matzah meal, and onions. Some people added sugar and almonds. And then it was time to poach the patties in the soup broth.

Ms. NATHAN: I have the balls finished, and then I sort of slide them into the broth.

LYDEN: But while our chopped fish balls called quenelle were simmering in the broth, let's remember there's lots of ways to do this, and Joan acknowledges that.

Ms. NATHAN: Somebody, a scholar did the Gefilte fish line and he could tell where people were from by what they did with their - but of course in this country, it's a different kind of a line because people on the northwest use salmon in their, all salmon, people in Maine use haddock, near Chicago only whitefish.

LYDEN: So you want to use what you've got available. The people over - smelt, I've heard of it sometimes being made with smelt in the Midwest.

Ms. NATHAN: Maybe, but also there's, what do you call it?

LYDEN: Would there be non-Kosher fish? There be the fish you would never use, I'm sure.

Ms. NATHAN: Well, right, it is the fish you would never use. However, there are some people in Louisiana who make it with catfish.

LYDEN: All right, well, we'll include them in the tribe.

Ms. NATHAN: Well, my mother-in-law who was from Zamich(ph) Poland, came over here after the war. She was in Siberia in a labor camp during the war and her entire family was killed. So, not in Siberia, they were killed in Belzetz concentration camp. So when she, whenever she makes Gefilte fish, it was center stage. She would stand right here in this kitchen and I would help her and she would make the fish.

And after the head was in the center, she would put carrots in the eyes of the head, and then she would sigh. And I knew why she would sigh every time because she was remembering her mother who did this the same way who died in the camps. And so it, you know, it was, again, it was a way for her silently to the history of her family.

LYDEN: And Joan Nathan, like generations of Jewish mothers and wives will continue the tradition and serve Gefilte fish for Passover. I'm tasting a little bit of fish, beautiful onion and parsley, and there's - I don't know, just the conviviality of this morning, and remembering these traditions, and it has been wonderful making this with you. Thank you.

Ms. NATHAN: Thank you. And thank you for coming.

LYDEN: Joan Nathan is the author of the "Jewish Holiday Cookbook." And you can find the recipe for her Gefilte fish on her website on npr.org. 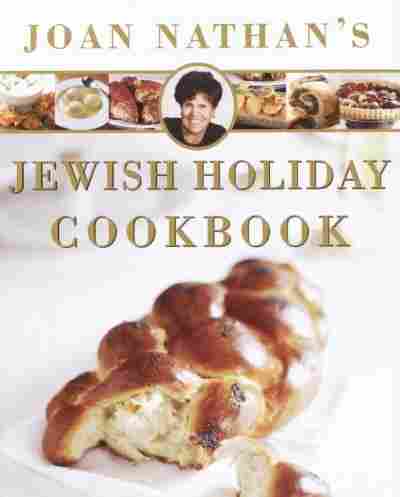