Below is an excerpt:

Thunder boomed as I ran through the downpour and raced to my car.

As soon as I closed the door, I picked up my cellular and called Logan. Chalk that up to irresistible impulse driven by a mixture of angst and rage.

Logan answered on the first ring. "Is this my Trini girl finally calling me back?"

I swallowed. He knew I had been born at Port of Spain. He knew my father had been killed before I was born, knew that a year later my mother had ended up meeting a hard-working and financially prudent man from Los Angeles, then my Trini days were over and my West Coast life began. Not many people knew that. Not many people knew much about me. I liked it that way.

His desperate and sincere tone halted me, made me, in that moment, feel massive guilt.

"Was worried about you, Nia. Been sick worrying about you."

I wanted to tell that college graduate and successful businessman to learn the difference between their and there, that there was no letter D in congratulate, wanted to tell him to relearn the I before E rule, really wanted to point out irregardless wasn't a word, wanted to drive home, take a red pen and mark corrections all over his bloated six-page manifesto and mail it back to him, FedEx, overnight.

"What are you doing in Atlanta?"

"Drove down in the rain."

"You drove four hundred miles in the rain? Why would you do that?"

"I need to see you. This has to be handled face-to-face."

I closed my eyes, rubbed my neck. "Are you really in Atlanta?"

"It's raining hard. Skies are black. Lots of thunder and lightning."

"When did you get here?"

"What are you doing here?"

"Was waiting to hear from you, left you a few messages, said I was coming down."

"Well, we hadn't agreed ... even if you left a message ... we hadn't talked about you coming down here. There is more to an agreement than you leaving a message, then doing what you want to do."

"Why haven't you answered my calls?"

Pressure mounted and I rubbed my temples, the answer to that question seemingly obvious.

What I felt was the opposite of pleasure. I had left him. I had sensed there was going to be an emotional earthquake, knew in advance, and had left without warning. Now that earthquake was here.

"I've been driving close to seven hours on bad roads. Will you at least meet me?"

I paused, thought about it. "You know where Wal-Mart is?"

"I can find Howell Mill Road with my GPS. Where is Wal-Mart?"

"When you get off, go left. You'll see a brand-new plaza on the left. A Verizon and a Starbucks and a Ross are up top. Wal-Mart is down on the lower level, underground. Meet me down there."

My heart beat like I had just finished a grueling run.

I had left his number programmed in my cellular so whenever he called, DNA LOGAN popped up on my screen. Do Not Answer, Logan. I hadn't responded to Logan's calls, text messages, faxes, hadn't responded to any form of communication for almost a season. When I was done, I was done. Cold turkey if I had to. Up until the text message he had sent this morning, he'd stopped reaching out at least a month ago. Never expected to hear from him again. At least not this soon. Not like this. In my mind he had finally cut bait and moved on. Maybe because I had moved on a long time ago. I cursed.

Here I go with this madness. I didn't want to deal with this insanity. I thought this part of my life was over. I thought I was free. But I was wrong. I had to go get my freedom. I had to fight for what I already owned. 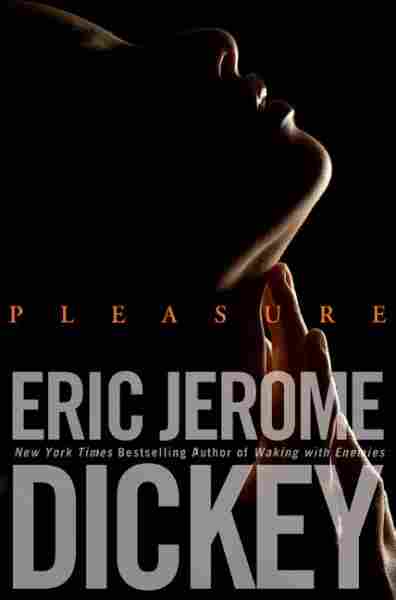