Accessibility links
Laura Lippman, Wondering 'What the Dead Know' A real-life mystery about two young sisters who disappeared more than 30 years ago has long haunted novelist Laura Lippman. The crime writer used the story for her latest book: What The Dead Know.

A real-life mystery about two young sisters who disappeared more than 30 years ago has long haunted novelist Laura Lippman. The crime writer used the story for her latest book: What The Dead Know.

A rush hour hit-and-run accident on the Baltimore Beltway is the key that begins to unlock a 30-year-old mystery in Laura Lippman's new book, "What the Dead Know." When the driver is arrested for leaving the scene, she eventually tells the police that she is Heather Bethany. The mystery is that in 1975, when Heather was 11 years old, she and her 15-year-old sister Sonny disappeared from a local mall and were presumed dead. Their disappearance always haunted the Baltimore Police Department, but is this woman really Heather, and if so, what exactly happened?

In "What the Dead Know," Laura Lippman weaves the story back and forth across the decades with different points of view to get to the truth. Laura Lippman is in the studios of member station WYPR in Baltimore. Welcome to the program, Laura.

Ms. LAURA LIPPMAN (Author, "What the Dead Know"): Thank you for having me, Liane.

HANSEN: The story of the missing Bethany sisters in your fiction actually was inspired by a real incident. Tell us about that.

Ms. LIPPMAN: It was. This was something that happened in the Washington, D.C. suburbs when I was 16 years old. There were two sisters who disappeared from a mall there in 1975. For me as a teenager, it was one of the first crimes that really hit close to home, and it always seemed so odd to me that two girls had disappeared.

We were raised to believe that we were safe going out in pairs, and the fact that two girls went out and never came home seemed particularly haunting.

HANSEN: At what point did the real story give way to the fiction?

Ms. LIPPMAN: At the very moment I had someone showing up claiming to be one of the two girls. At that point it takes off into realms of its own because sadly the real-life case remains a total mystery, and the girls have never been found, and there are not even any likely suspects, as far as I know.

HANSEN: Was your premise, then, what if someone came back 30 years later?

Ms. LIPPMAN: Very much so, sort of a modern-day Anastasia story, if you will.

HANSEN: The detective, Kevin Infante, he's a character in some of your other books. Was it natural to include him in this one? Was he knocking on this one's door?

Ms. LIPPMAN: I had always hoped I would be able to find a book for Kevin, but if I'm truly honest, in the other two books in which he appeared, I found him kind of shallow and superficial, and I wasn't sure I would be able to spend an entire book inside his head. And then I thought, well, the test is what it should be for every character I write about. I have to develop full empathy for him and see the world through his eyes, and as I began to think about his womanizing and why he was the way he was, he did become more interesting to me.

I had an interesting e-mail from someone who read the book who said, oh, isn't this getting a little close to the cliché, the hard-drinking, womanizing, insubordinate detective? I said, he's womanizing, but he's not hard-drinking, and he's not at all insubordinate. He's a very good detective who in fact is a team player and does follow the rules and gets along very well with his colleagues. But yes, he's a womanizer. Some men are. That's just the way it is.

Ms. LIPPMAN: The parents, as you know, grieve in very different ways. The father makes his life a memorial to his missing daughters while the mother, who was already flirting with the idea of divorce before her daughters even disappeared, does in fact eventually end up divorcing her husband, leaving Baltimore, and finally leaving the country.

The Bethany family is fraying at the edges before this happens, and I wanted to think about, well, does tragedy wipe all that away? I don't see how it could. It doesn't solve anything, but at the same time it does obscure a lot, and I really wanted to go very deep into this rather typical family of the mid-1970s as I saw them.

HANSEN: Did you write the present and the past narratives separately?

Ms. LIPPMAN: What I ended up doing is writing the book in strict chronological order. I thought I would write it the way it appears, switching back and forth between past and present, but I found that I couldn't write about what was happening in the present day until I knew everything that had happened in the past, and so I wrote the sections 1975, 1976, 1983 and 1989, and I'd really been stuck in the narrative until I realized that I had the freedom, that I was allowed to write it that way and then rearrange it, and it made the book far easier than when I was struggling with trying to do it in the way I anticipated it appearing on the page.

HANSEN: I read in an interview with you, you said you belong to the distant shore school of plotting. What is that?

Ms. LIPPMAN: Well, if you think about a book as a journey you're going to take across water, and you're standing on one shore, and you can see the other side, and so you set out and you think you know where you're going, you can see it, but the water itself may surprise you. The currents may run more swiftly than you expect, or it may be shallow, you may run aground, and then as you get closer to the other side, it turns out that some of the things you thought you saw and you thought you knew are different.

You thought you saw a horse, and it turns out it was a dog, something like that, and so while you have a sense of where you're going, you are prepared to be surprised and to have the journey be quite different from what you thought it might be when you set out.

HANSEN: You're married to David Simon...

Ms. LIPPMAN: I am indeed.

HANSEN: The creator of "The Wire" on HBO.

HANSEN: Does he act as a sounding board for you?

Ms. LIPPMAN: I would say - I don't know if I want to admit this, but I guess I'll go ahead. This is probably the first time that I managed not to get my feelings hurt. He likes to write on manuscripts with a big red pen, and I think that sends me hurtling back to my childhood. But I have found if I can take my ego out of it and not respond to that big red pen but just respond to the thoughts and ideas and criticisms that he has, he's a good editor, and I appreciate him taking the time to read my manuscripts, even when he's incredibly busy.

HANSEN: You're well known for your Tess Monaghan series of crime novels. Is there another one in the works?

Ms. LIPPMAN: There is one in the works right now, one that's giving me fits, but in this time of year they're always giving me fits, and I guess I'm on that part of the journey where I've just pushed off and I'm having an immense amount of trouble maneuvering my little boat, but it's Tess, and it's Tess involved in a television production that's filming here in Baltimore.

HANSEN: A television production filming in Baltimore. Hmm, what could that be?

Ms. LIPPMAN: Well, in this case it's a very schlocky television show, so I'm sure people will see that it's not that close to real life.

HANSEN: Laura Lippman is the author of "What the Dead Know," published by William Morrow, and she joined us from the studios of member station WYPR in Baltimore. Thanks a lot, Laura.

Ms. LIPPMAN: Thank you so much for having me. 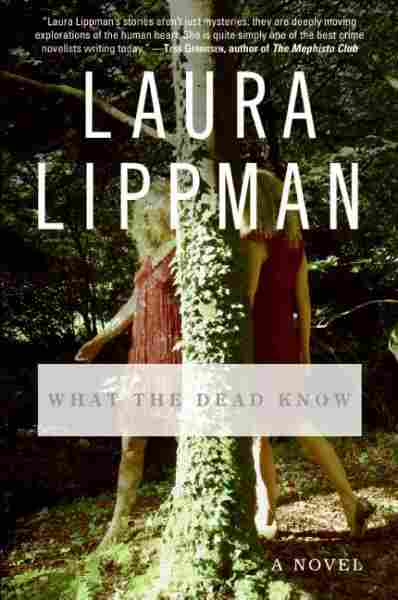 What the Dead Know