Accessibility links
Shakira Lobbies Congress on Education for Poor The Colombian pop star asks Congress to support the Education for All Act, which would increase U.S. funding to give poor children basic and primary education. Shakira urges the U.S. to take the lead in a cause she says "can actually save lives." 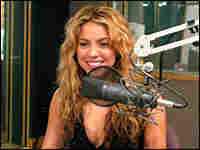 Shakira talks with Robert Siegel about how she wants to help 72 million children get access to education. Erin Killian, NPR hide caption 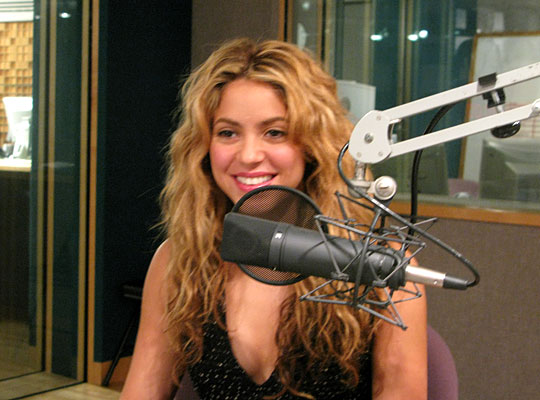 Shakira talks with Robert Siegel about how she wants to help 72 million children get access to education.

The hip-shaking Colombian pop star Shakira was in Washington, D.C., on Tuesday for an unlikely reason.

She wasn't here to put on a concert, but rather to lobby Congress to endorse bipartisan legislation that would help pay for education for the 72 million children worldwide who are too poor to go to school.

The bill, known as the Education for All Act, was introduced a year ago by Sens. Hillary Clinton (D-N.Y.) and Gordon Smith (R-Ore.) as well as Reps. Nita Lowry (D-N.Y.) and Spencer Bachus (R-Ala.). It would increase U.S. funding for universal education incrementally from the current level of $465 million to $3 billion by 2012.

Shakira tells NPR's Robert Siegel that it would be smart politically for U.S. senators and representatives to put muster behind the bill.

"If this bill passes in Congress, the U.S. will be taking a very strong leadership on the issue of universal education," says the 31-year-old singer. "And it will be transforming the lives of millions and millions of kids around the globe."

Shakira is the chairwoman of Education Action Week, which is organized by the Global Campaign for Education. But her work on behalf of the poor is not a new passion. Thirteen years ago, she started the Barefoot Foundation, which aims to help impoverished Colombian children and those who have been displaced by violence.

"I grew up in a country where unfortunately education is sometimes seen as a luxury, as a privilege, and not as a human right," she says. "This always bothered me. So this is personal to me. In the developing world, people who are born poor will die poor, and that is because of the lack of opportunities, opportunities that come from education. Education can actually save lives."

"These things are tools that go hand and hand with education," she says. "A kid cannot learn with an empty stomach."