Accessibility links
Paul Polak, Tackling Global Poverty His Own Way Paul Polak, founder of the nonprofit International Development Enterprises, has spent 25 years working to eradicate poverty. In Out of Poverty, he says simple technologies and a willingness to listen are key — and that government subsidies can do more harm than good. 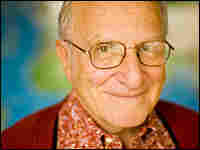 Paul Polak, founder of the nonprofit International Development Enterprises, has spent 25 years working to eradicate poverty in Bangladesh, India, Ethiopia, Zimbabwe and other countries in the developing world.

Instead, Polak teaches families and farmers — many of whom live on a dollar a day and own perhaps an acre of land — how to increase crop yields with simple technologies, such as cheap, foot-operated water pumps and inexpensive drip hoses for irrigation.

And Polak argues that his approach can make a difference in impoverished communities in the U.S., as well as in developing economies.

Last year Polak's organization received a $13.4 million grant from the Bill & Melinda Gates Foundation to support its ongoing work. His new book is Out of Poverty: What Works When Traditional Approaches Fail.

Excerpt: 'Out of Poverty' 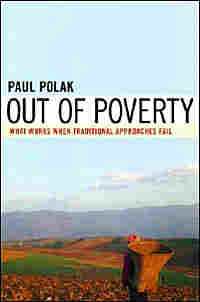 One of the things that always piqued my curiosity about poverty is that most people see it as more permanent than the Rock of Gibraltar. But I know that people are capable of moving out of poverty in a few months, because there are simple and obvious solutions to it. The central theme of this book is that you can come up with obvious practical solutions to just about any complicated social problem by following a few simple basic steps.

Here are the twelve steps I used to arrive at the solutions to extreme poverty I describe in this book. Although each of them is simple and obvious, many people find them difficult to apply. For example, most poverty experts spend little or no time talking with and listening to extremely poor people in the places where they live and work, although that is exactly where I have been guided to most of the practical solutions to poverty that I describe in this book.

2. Talk to the people who have the problem and listen to what they say.

3. Learn everything you can about the problem's specific context.

7. If somebody has already invented it, you don't need to do so again.

8. Make sure your approach has positive measurable impacts that can be brought to scale. Make sure it can reach at least a million people and make their lives measurably better.

11. Continue to learn from your customers.

12. Stay positive: don't be distracted by what other people think.

You can't sit in your office at the World Bank or in your research lab at Stanford and figure out what to do about poverty in Myanmar.

Michael Brown: "We just learned about that today."

Paula Zahn: "Sir, you're not telling me that . . . you just learned that the folks at the convention center didn't have food and water until today, are you?"

Brown: "Paula, the federal government did not even know about the convention center people until today."1

What kept Michael Brown from going to the convention center to see for himself? The practical solutions for the rapidly deteriorating conditions experienced by so many Katrina survivors who had taken shelter there would have been immediately obvious.

In 1981, when I was working on a project to build and sell five hundred donkey carts to refugees in Somalia, I met a pleasant middle-aged man who managed five health clinics in refugee camps for a major international relief organization.

"How often do you get out to the refugee camps to visit your clinics?" I asked.

"I haven't been there yet and I don't plan to go soon," he said with considerable pride. "If you go to the field, it's mass confusion. Managers have to be able to think clearly, without distractions, to make good decisions, and you simply can't do it in the middle of the noise and chaos of field conditions."

I was so astonished that for once in my life I was speechless.

Two months ago, I had lunch with a man who managed a large US-based demonstration farm for an organization that makes livestock available to poor rural families in developing countries. He was responsible for public education and fund-raising with the thousands of people who visited the farm each year. During the seven years he had managed this important demonstration farm, he had never visited any of his organization's programs in developing countries.

I simply can't imagine how anybody can make realistic plans to eradicate poverty or to address any important problem without visiting the places where the problem is occurring and talking with the people who have the problem.

2. Talk to the people who have the problem, and listen to what they have to say.

In the 1990s, agriculture experts in Bangladesh were dismayed that small-acreage farmers were applying only a tiny fraction of the fertilizer that their monsoon-season rice crops needed, even though they could triple their investment in fertilizer from the increased rice yields the recommended amount would stimulate. The experts complained about the irrational and superstitious behavior of small-acreage farmers, and set up extension programs and farmer-training programs, but nothing worked. The farmers continued to apply a tiny fraction of the fertilizer that their rice needed to thrive. Finally, somebody asked some farmers why they were using so little fertilizer.

"Oh, that's easy," they said. "Every ten years or so around here, there is a major flood during the monsoon season that carries away all the fertilizer we apply. So we only apply the amount of fertilizer we can afford to lose in a ten-year flood."

Suddenly it became clear that the farmers were excellent, rational decision makers and that it was the agriculture experts who had a lot to learn. In order to survive, subsistence farmers have to be at the cutting edge of avoiding risk. With very good reason, they care much more about avoiding losing their farm than they do about tripling their income. When they have the opportunity (and the money) to invest in fertilizer during the dry season when the risk of floods is close to zero, they are glad to do so.

There is another problem with this action step. Far too many people can talk to the people who have the problem and not learn anything, because those who would help don't always know how to listen. As a young psychiatrist in 1962, I got interested in finding out if the patients admitted to the psychiatric wards of Colorado Mental Health Institute at Fort Logan and the psychiatrists, social workers, and nurses treating them were working on the same treatment goals. To my amazement, the mental health professionals not only had different treatment goals from their patients, but they also were unable to predict which goals the patients saw as most important. When I asked more questions, I learned that mental health professionals were trained to define the problem bringing a patient to a psychiatric hospital as a mental illness inside the head of the patient, while patients saw the problem as residing in the group of people with whom they lived and worked outside the hospital. Often the patient's symptoms of mental illness would get better when he or she was given medication and removed from the upheavals going on in his or her real-life setting, only to be readmitted to hospital after being released again into the unchanged social setting that had precipitated the symptoms in the first place. When mental health professionals learned to listen for and intervene in the problems in the real-life setting at the same time they diagnosed the symptoms of mental illness, treatment outcome improved dramatically. The same kind of thing happens with people trying to address the problems of poverty. If these professionals are trained to assume that modern farming depends on Western mechanization, in the end they are likely to leave behind rusting hulks of big tractors and harvesters as monuments to the inability to listen and learn.

3. Learn everything you can about the problem's specific context.

We achieved a great deal of success with treadle pumps in Bangladesh. Now I quickly run out of fingers and toes when I try to count how many people have asked me if they could use treadle pumps to help farmers in villages in other countries.

"How deep is the water table in your village?" I ask, because a treadle pump is a suction pump that simply won't lift water more than about twenty-seven feet.

"I don't know" is the most common answer.

"Tie a rock on the end of a piece of string, go to the nearest well, and measure how deep the water table is," I say. "Or go to the government ministry of water resources—they likely have maps with that kind of information."

The fact is, you can't make practical plans unless you gather a lot of details about each specific village context. What kind of high-value crops you can grow in each depends on the type of soil and the climate. The price of fruits and vegetables is usually highest at the time of year when it's most difficult to grow them, so it's important to know why these crops are difficult to grow at that time of year and what can be done to overcome the difficulty. If there is a factory nearby with jobs that pay well, the labor required for intensive horticulture may be hard to come by.

Everything I have to say in this book depends almost totally on having interviewed three thousand poor farm families, listened carefully to what they had to say, and learned everything I could about the specific context in which they lived and worked. 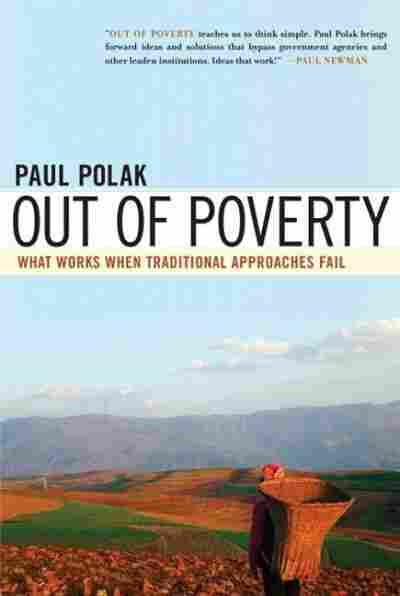 What Works When Traditional Approaches Fail