Accessibility links
Citizen Journalist Michael Yon's 'Truth in Iraq' Michael Yon has spent years reporting on the wars in Iraq and Afghanistan — but not for a news organization. The American journalist posts his dispatches and photographs in his own online magazine. His book Moment of Truth in Iraq is a collection of his war coverage. Michael Yon has spent years reporting on the wars in Iraq and Afghanistan — but not for a news organization. The American journalist posts his dispatches and photographs in his own online magazine.

Yon's book, Moment of Truth in Iraq, is a collection of his battlefield coverage and behind-the-scenes reporting. He says that after his many years in the region, he feels an obligation to stay in Iraq and continue reporting on the ongoing conflict.

Excerpt: 'Moment of Truth in Iraq' 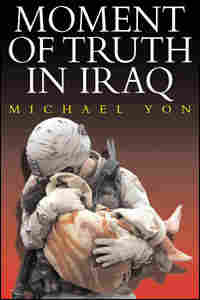 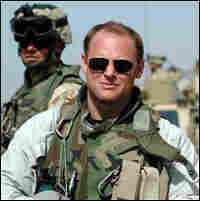 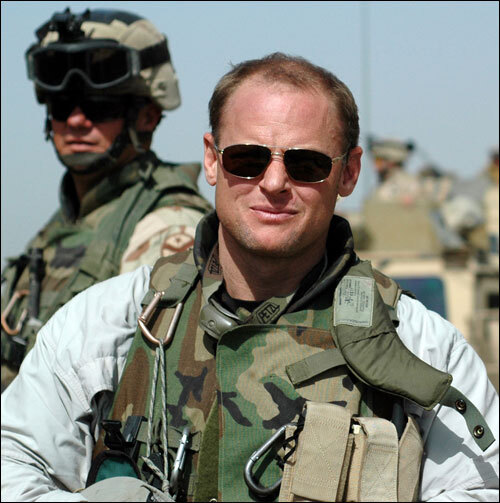 Thoughts flow on the eve of a great battle. By the time you read these words, we will be in combat. Few ears have heard even rumors of this battle, and fewer still are the eyes that will see its full scope. Even now — for the battle has already begun for some — little news of it reaches home. I have known of the plans for a month, but have remained silent.

Al Qaeda and associates had little or no presence in Iraq before the war. But we made huge mistakes early on and now we pump blood and gold into the desert to pay for those blunders. We failed to secure the streets and we sowed doubt and mistrust. We disbanded the government and the army, and we created a vacuum. We tolerated corruption and ineptitude and at first mostly local talent filled the ranks of an insurgency. But when we flattened parts of Fallujah not once but twice in response to the murders of four of our people, we helped create a spectacle of injustice and chaos and Al Qaeda thrived.

In a place where everything that is not desert is tinder, sparks make fire.

Today Al Qaeda is strong, but their welcome grows cold. Iraqis love to say "America put a man on the moon but cannot turn on our lights," and the implication was we really didn't care. We lost the moral high ground.

But Al Qaeda has raped too many women and boys, and cut off too many heads, brought drugs into too many neighborhoods. And they don't even try to get the power going or keep the markets open or build schools, or playgrounds, or clinics for the children. As we ineptly tried to rebuild, they destroyed, and murdered Iraqis who dared to work in such places or patronize them.

Finally, those few who were paying very close attention could feel it. A barely perceptible shift in the atmosphere. A moment of truth, a chance for change. But to make the change we had to change. Remarkably we did. But that story is for later.

Just as this sentence was written, we began dropping bombs south of Baghdad and our troops are in contact.

More than one thousand Al Qaeda fighters are said to be in Baqubah. They are ready for us. Giant bombs that can toss a tank into the air are buried in the roads. Snipers have chiseled holes in walls so that they can shoot from deep inside buildings, where we cannot see the flash or hear the shots. They will shoot for our faces and necks. Car bombs are already assembled. Suicide vests are prepared. Entire buildings are rigged with explosives. They are blowing up bridges to restrict our movements and herd us into their traps.

By the time this dispatch is published we will be inside Baqubah, and we will be killing them.

The idea this time is not to chase Al Qaeda out, but to trap and kill them head-on, or in ambushes, or while they sleep. Wounded, they will be unable to go to hospitals without being captured, and so their wounds will fester and some will die painfully. It will be horrible for Al Qaeda. Horror and terror they sowed, and tonight they will reap their harvest.

We are in trouble, but we have a great general in David Petraeus. Iraq is not hopeless. Iraq can stand again, but first it must cast out these demons. Or kill them.

Excerpted from Moment of Truth in Iraq by Michael Yon by permission of the publisher, Richard Vigilante Books. 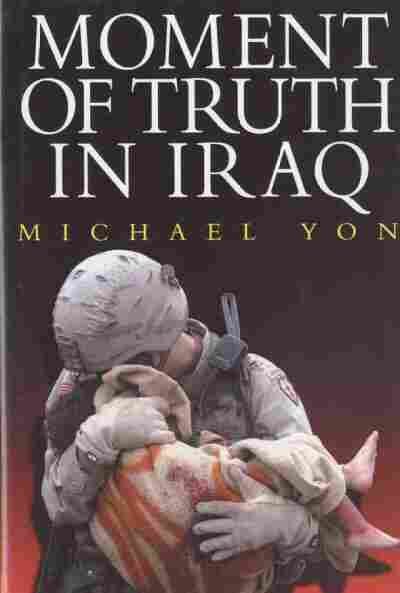 Moment of Truth in Iraq