Accessibility links
The Younger Affleck Steps into the Spotlight Last year, actor Casey Affleck starred in two major Hollywood films: The Assassination of Jesse James by the Coward Robert Ford and Gone Baby Gone. Affleck discusses his most recent films, his famous older brother, and his early entrance to the world of acting.

Listen
The Younger Affleck Steps into the Spotlight 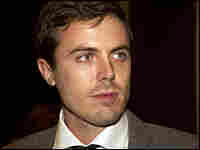 Casey Affleck says he and his brother, Ben, started acting early, in part because of their mother's friendship with a casting agent. Nancy Ostertag/Getty Images hide caption 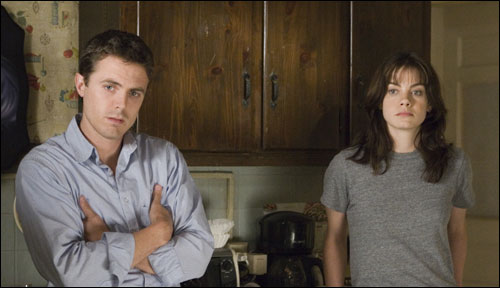 In The Assassination of Jesse James, Affleck plays Robert Ford, the man who both admires — and eventually kills — the legendary outlaw. The part earned Affleck an Oscar nomination for best supporting actor.

In preparing for the film, Affleck came to believe that Ford didn't initially intend to murder James. Rather, telling police where James hid and then succumbing to pressure to kill him was, says Affleck, "a young, rash, impetuous, silly decision."

Affleck says that he and his brother started acting at an early age, in part because of their mother's friendship with a casting director:

"She used to bring Ben and me in ... to be extras in movies when we were in school," remembers Affleck. "I didn't really care much about the movies. I thought, 'Well, this is a day off from school. I can graze over the service table for eight hours.'"

Later, Affleck signed up for a summer musical, and though he wasn't a gifted singer, he came away with a more genuine passion for acting:

"They cut out all my solos, but it was a lot of fun," he says. "And then the next year, I signed up for the drama class ... I've never really wanted to do anything else since then."

Both Gone Baby Gone and The Assassination of Jesse James are now out on DVD.