Accessibility links
Excerpt: 'The Invention of Everything Else' Samantha Hunt's fictional take on the genius inventor Nikolas Tesla explores power, time, love and curiosity, with a little bit of lightning thrown in for good measure.

Excerpt: 'The Invention of Everything Else'

Excerpt: 'The Invention of Everything Else' 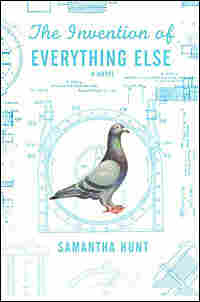 The Invention of Everything Else
By Samantha Hunt
Hardcover, 272 pages
List Price: $24.00

Lightening first, then the thunder. And in between the two I'm reminded of a secret. I was a boy and there was a storm. The storm said something muffled. Try and catch me, perhaps, and then it bent down close to my ear in the very same way my brother Dane used to do. Whispering. A hot, damp breath, a tunnel between his mouth and my ear. The storm began to speak. You want to know what the storm said? Listen.

Things like that, talking storms, happen to me frequently. Take for example the dust here in my hotel room. Each particle says something as it drifts through the last rays of sunlight, pale blades that have cut their way past my closed curtains. Look at this dust. It is everywhere. Here is the tiniest bit of a woman from Bath Beach who had her hair styled two days ago, loosening a few small flakes of scalp in the process. Two days it took her to arrive, but here she is at last. She had to come because the hotel where I live is like the sticky tongue of a frog jutting out high above Manhattan, collecting the city particle by wandering particle. Here is some chimney ash. Here is some buckwheat flour blown in from a Portuguese bakery on Minetta Lane and a pellicle of curled felt belonging to the haberdashery around the corner. Here is a speck of evidence from a shy graft inspector. Maybe he lived in the borough of Queens. Maybe a respiratory influenza killed him off in 1897. So many maybes, and yet he is still here. And, of course, so am I. Nikola Tesla, Serbian, world-famous inventor, once celebrated, once visited by kings, authors and artists, welterweight pugilists, scientists of all stripes, journalists with their prestigious awards, ambassadors, mezzo-sopranos, and ballerinas. And I would shout down to the dining hall captain for a feast to be assembled. "Quickly! Bring us the Stuffed Saddle of Spring Lamb. Bring us the Mousse of Lemon Sole and the Shad Roe Belle Meuniere! Potatoes Raclette! String Bean Saute! Macadamia nuts! A nice bourbon, some tonic, some pear nectar, coffees, teas, and please, please make it fast!"

That was some time ago. Now, more regularly, no one visits. I sip at my vegetable broth listening for a knock on the door or even footsteps approaching down the hallway. Most often it turns out to be a chambermaid on her rounds. I've been forgotten here. Left alone talking to lightning storms, studying the mysterious patterns the dust of dead people makes as it floats through the long last light of day.

Now that I have lived in the Hotel New Yorker far longer than any of the tourists or businessmen in town for a meeting, the homogeneity of my room, a quality most important to any hotel decor, has all but worn off. Ten years ago, when I first moved in, I constructed a wall of shelves. It still spans floor to ceiling. The wall consists of seventy-seven fifteen-inch-tall drawers as well as a number of smaller cubbyholes to fill up the odd spaces. The top drawers are so high off the ground that even I, at over six feet tall, am forced to keep a wooden step stool behind the closet door to access them. Each drawer is stained a deep brown and is differentiated from the others by a small card of identification taped to the front. The labels have yellowed under the adhesive. COPPER WIRE. CORRESPONDENCE. MAGNETS. PERPETUAL MOTION. MISC.

Drawer #42. It sticks and creaks with the weather. This is the drawer where I once thought I'd keep all my best ideas. It contains only some cracked peanut shells. It is too dangerous to write my best ideas down. "Whoops. Wrong drawer. Whoops." I repeat the word. It's one of my favorites. If it were possible I'd store "Whoops" in the safe by my bed, along with "OK" and "Sure thing" and the documents that prove that I am officially an American citizen.

Drawer #53 is empty, though inside I detect the slightest odor of ozone. I sniff the drawer, inhaling deeply. Ozone is not what I am looking for. I close #53 and open #26. Inside there is a press clipping, something somebody once said about my work: "Humanity will be like an ant heap stirred up with a stick. See the excitement coming!" The excitement, apparently, came and then went.

That is not what I'm looking for.

Somewhere in one of the seventy-seven drawers I have a clipping from an article published in the New York Times. The article includes a photo of the inventor Guglielmo Marconi riding on the shoulders of men, a loose white scarf held in his raised left hand, flagging the breeze. All day thoughts of Marconi have been poking me in the ribs. They often do whenever I feel particularly low or lonely or poorly financed. I'll shut my eyes and concentrate on sending Marconi a message. The message is, "Marconi, you are a thief." I focus with great concentration until I can mentally access the radio waves. As the invisible waves advance through my head I attach a few words to each—"donkey," and "worm," and "limacine," which is an adjective that I only recently acquired the meaning of, of or like a slug. When I'm certain that the words are fixed to the radio waves I'll send the waves and the words off toward Marconi, because he has stolen my patents. He has stolen my invention of radio. He has stolen my notoriety. Not that either of us deserved it. Invention is nothing a man can own.

And so I am resigned.

Out the window to the ledge, thirty-three stories above the street, I go legs first. This is no small feat. I am no small man. Imagine a skeleton. I have to wonder what a skeleton that fell thirty-three stories, down to the street below, would look like. I take one tentative glance toward the ground. Years ago power lines would have stretched across the block in a mad cobweb, a net, because years ago, any company that wanted to provide New York with electricity simply strung its own decentralized power lines all about the city before promptly going out of business or getting forced out by J.P. Morgan. But now there is no net. The power lines have been hidden underground.

That's not why I've come here. I have no interest in jumping. I'm not resigned to die. Most certainly not. No, I'm resigned only to leave humans to their humanness. Die? No. Indeed, I've always planned to see the far side of one hundred and twenty-five. I'm only eighty-six. I've got thirty-nine more years. At least.

"HooEEEhoo. HooEEEhoo." The birds answer the call. Gray flight surrounds me, and the reverse swing of so many pairs of wings, some iridescent, some a bit duller, makes me dizzy. The birds slow to a landing before me, beside me, one or two perching directly on top of my shoulders and head. Mesmerized by their feathers—such engineering!—I lose my balance. The ledge is perhaps only forty-five centimeters wide. My shoulders lurch forward a bit, just enough to notice the terrific solidity of the sidewalks thirty-three stories down. Like a gasp for air, I pin my back into the cold stone of the window's casing. A few pigeons startle and fly away out over Eighth Avenue, across Manhattan. Catching my breath, I watch them go. I watch them disregard gravity, the ground, and the distance between us. And though an old feeling, one of wings, haunts my shoulder blades, I stay pinned to the window. I've learned that I cannot go with them.

Out on the ledge of my room, I maintain a small infirmary for injured and geriatric pigeons. A few tattered boxes, some shredded newspaper. One new arrival hobbles on a foot that has been twisted into an angry knuckle, a pink stump. I see she wants nothing more to do with the hydrogen peroxide that bubbled fiercely in her wound last night. I let her be, squatting instead to finger the underside of another bird's wing. Beneath his sling the ball of his joint has finally stayed lodged in its orbit, and for this I am relieved. I turn my attention to mashing meal.

"Hello, dears." The air of New York this high up smells gray with just a hint of blue. I sniff the air. "It's getting chilly, hmm?" I ask the birds. "And what are your plans for the New Year tonight?" The hotel has been in a furor, preparing for the festivities all week. The birds say nothing. "No plans yet? No, me neither."

I stand, looking out into the darkening air. "HooEEEhoo?" It's a question. I stare up into the sky, wondering if she will show tonight. "HooEEEhoo?"

Having lived in America for fifty-nine years, I've nearly perfected my relationships with the pigeons, the sparrows, and the starlings of New York City. Particularly the pigeons. Humans remain a far greater challenge.

I sit on the ledge with the birds for a long while, waiting for her to appear. It is getting quite cold. As the last rays of sun disappear from the sky, the undersides of the clouds glow with a memory of the light. Then they don't anymore, and what was once clear becomes less so in the darkening sky. The bricks and stones of the surrounding buildings take on a deeper hue. A bird cuts across the periphery of my sight. I don't allow myself to believe it might be her. "HooEEEhoo?" Don't look, I caution my heart. It won't be her. I take a look just the same. A gorgeous checkered, his hackle purple and green. It's not her. 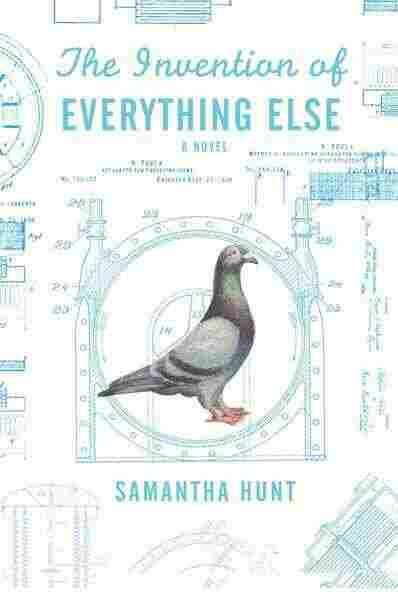 The Invention of Everything Else

Title
The Invention of Everything Else
Author
Samantha Hunt