Accessibility links
A West Bank Zoo Struggles to Survive In The Zoo on the Road to Nablus, Amelia Thomas tells the story of the small, underfunded Qalqilya zoo, where a determined veterinarian tends to a group of ragtag animals in facilities that have fallen into disrepair after decades of Israeli-Palestinian fighting. 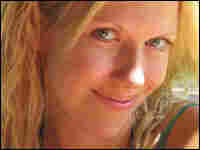 Amelia Thomas chronicles life and death in the underfunded Qalqilya zoo on the edge of the West Bank. hide caption

A visit to the West Bank zoo.

In The Zoo on the Road to Nablus, journalist Amelia Thomas tells the story of the neglected Qalqilya zoo, struggling to survive on the edge of the West Bank. A determined veterinarian, Dr. Sami Khader, tends to the ragtag animals in enclosures pocked with bullet holes. The entire zoo has fallen into disrepair after decades of Israeli-Palestinian fighting.

"As soon as the second intifada hit ... life in Qalqilya, as it did in the West Bank, crumbled for the people and also for the animals," Thomas says. "[Khader] managed to keep the zoo going throughout that, with a lot of hope and a lot of humor and just persistence."

Excerpt: 'The Zoo on the Road to Nablus' 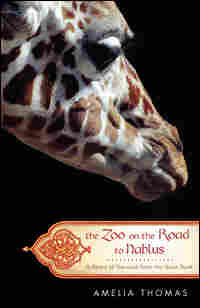 Dr. Sami set an old kettle on to brew and seated himself at a desk scattered with papers, books and bric-a-brac. Binders, feathers, scraps of medical equipment lay about the small room. Against one wall, a squat cabinet was filled with old boxes and bottles of medicines, and the empty cases of missiles and ammunition shells that had once tumbled down on the zoo. On top, a monkey skeleton squatted smoking a cigarette. Mounted on the wall above it were two stout, crudely made rifles. "When the troubles began," said Dr. Sami, "our anesthesiologist from Israel would no longer come." He had pleaded, but the elderly Dr. Motke Levinson would not relent. He was offered special permission, but declined. What use, the anesthesiologist asked, was written permission if someone shot you before you could pull it from your pocket?

So Sami had used his ingenuity. He took one of the long-barreled wooden rifles from the wall. "Made here, in the city," he said fondly, turning the heavy object over in his hands, "to my own design."

The larger gun bore a metal nameplate, Dido. The other was decorated with a sticker of a squirrel turning a somersault. In place of bullets, each fired syringes, which Sami had tailored to fit with flights of hen feathers. Propelled by a small carbon dioxide canister, the larger gun had an anesthetic range of ten yards. But, for times when canisters were scarce, he had come up with another alternative.

He pushed a sharp syringe into Dido's barrel. Putting his lips to the head of the rifle, he aimed, and puffed. The syringe shot out, its wake ruffling her hair, and stuck firm in a cork notice board on the opposite wall. The journalist paled. "Thirty foot capability," he said contentedly, "My own invention."

From the book The Zoo on the Road to Nablus by Amelia Thomas. Reprinted by arrangement with PublicAffairs, a member of the Perseus Books Group. Copyright © 2008. 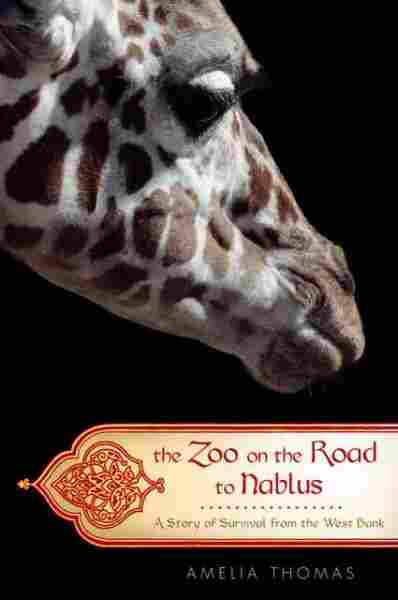 The Zoo on the Road to Nablus

A Story of Survival from the West Bank