Accessibility links
Wright Decries 'Out of Context' Criticisms of Sermon The Rev. Jeremiah Wright, Barack Obama's former pastor, defends the sermon that has become a source of political turmoil. He faced off with reporters during an appearance at the National Press Club.

Listen
Wright Decries 'Out of Context' Criticisms of Sermon 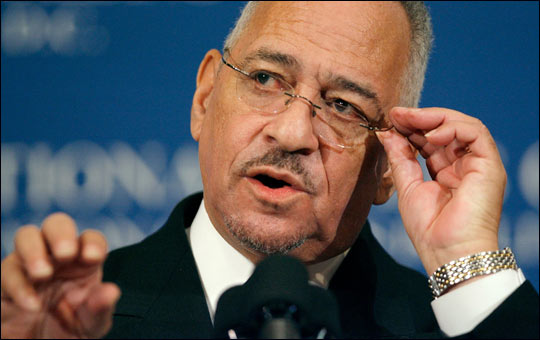 The Rev. Jeremiah Wright, former pastor of the Trinity United Church of Christ in Chicago, addresses the National Press Club in Washington, D.C. 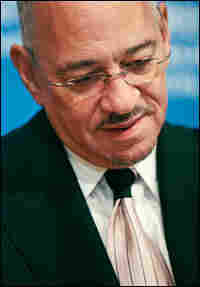 Wright, pastor for many years at the church Democratic presidential hopeful Sen. Barack Obama attends, came under scrutiny for sermons that contain what some have deemed inflammatory remarks. Chip Somodeville/Getty Images hide caption 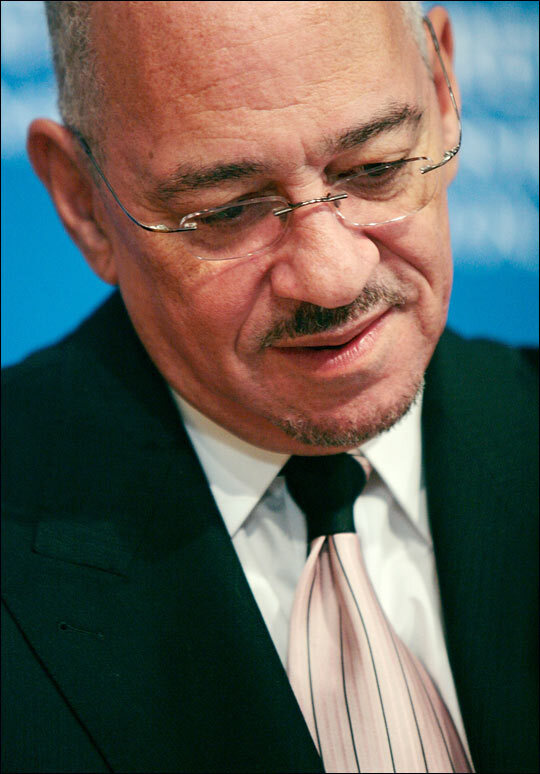 Wright, pastor for many years at the church Democratic presidential hopeful Sen. Barack Obama attends, came under scrutiny for sermons that contain what some have deemed inflammatory remarks.

The sermons of Illinois Sen. Barack Obama's former pastor, the Rev. Jeremiah Wright, have become a hot topic in this year's presidential campaign.

Now, Wright is speaking out defiantly in a fresh round of appearances, including one on Monday at the National Press Club in Washington, D.C. There, he said that his comments have been taken out of context and that the attacks on him are actually toward the entire black church.

His breakfast speech – before a full house of reporters and supporters – marked the beginning of a two-day conference on the black church.

Wright spoke for a half hour, focusing on a religious tradition that he said has been misunderstood for too long. "It is not deficient," he said. "It is just different. Black worship is different from European and European-American worship."

The audience responded with loud and frequent applause. Wright's speech was followed by a question-and-answer session with reporters. They submitted questions on index cards read by moderator Donna Leinwand, a press club officer and USA Today reporter.

Leinwand asked Wright to explain what he meant in a sermon delivered shortly after the Sept. 11 attacks, when he said the United States had brought the terrorist attacks on itself.

Wright then said he would try to answer the question in a "non-bombastic way." He said he was quoting an ambassador to Iraq in that sermon, although he did not give the ambassador's name.

"Jesus said, 'Do unto others as you would have them do unto you,'" Wright added. "You cannot do terrorism on other people and expect it never to come back on you. Those are biblical principles, not Jeremiah Wright bombastic, divisive principles."

Wright said the comment captured on YouTube — in which he says, "Not God bless America, but God damn America" — was taken out of context.

"God doesn't bless everything," he said. "God damns some practices, and there's no excuse for the things that the government — not the American people — have done. That doesn't make me not like America or unpatriotic."

He was asked about critics who call his sermons unpatriotic.

"They are unfair accusations taken from sound bites and that which is looped over and over on certain channels," Wright said. "I served six years in the military. Does that make me patriotic? How many years did Cheney serve?"

Wright was asked about his relationship to Nation of Islam leader Louis Farrakhan and his racially divisive statements. He said he doesn't always agree with Farrakhan but praised him as a man to whom black America listens.

The preacher stressed he was pastor and not spiritual mentor to Obama, who has criticized Wright's controversial remarks. Then Wright added his own critique of Obama.

"He had to distance himself because he's a politician," he said. "He said I didn't offer any words of hope. How would he know? He never heard the rest of the sermon."

Obama spoke to supporters Monday in Wilmington, N.C., and made no mention of Wright.