Accessibility links
Minty E. Coli And Other Bioengineering Feats Scientists all over the world are matter-of-factly amending, changing and rearranging living creatures for all kinds of reasons, some silly, some profound. Take the case of the MIT team that made the icky-smelling bacteria E. coli and gave it a wintergreen-scented twist. 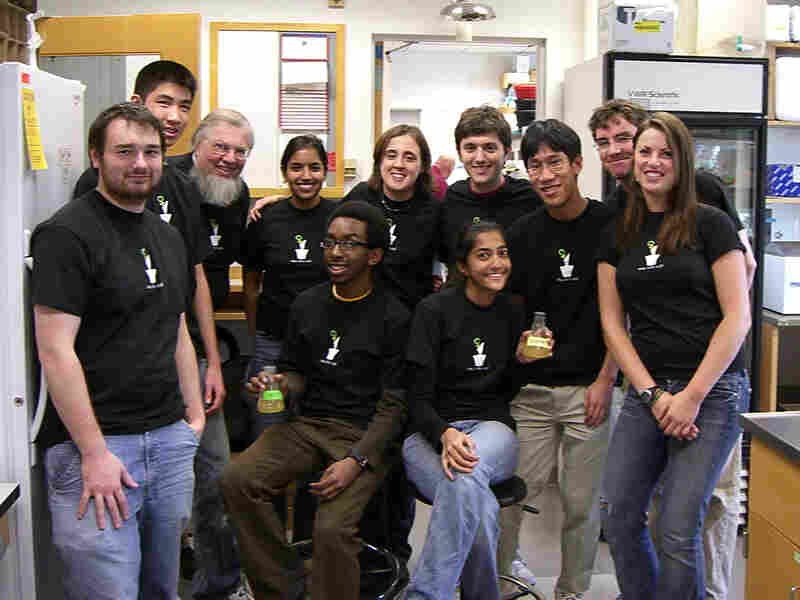 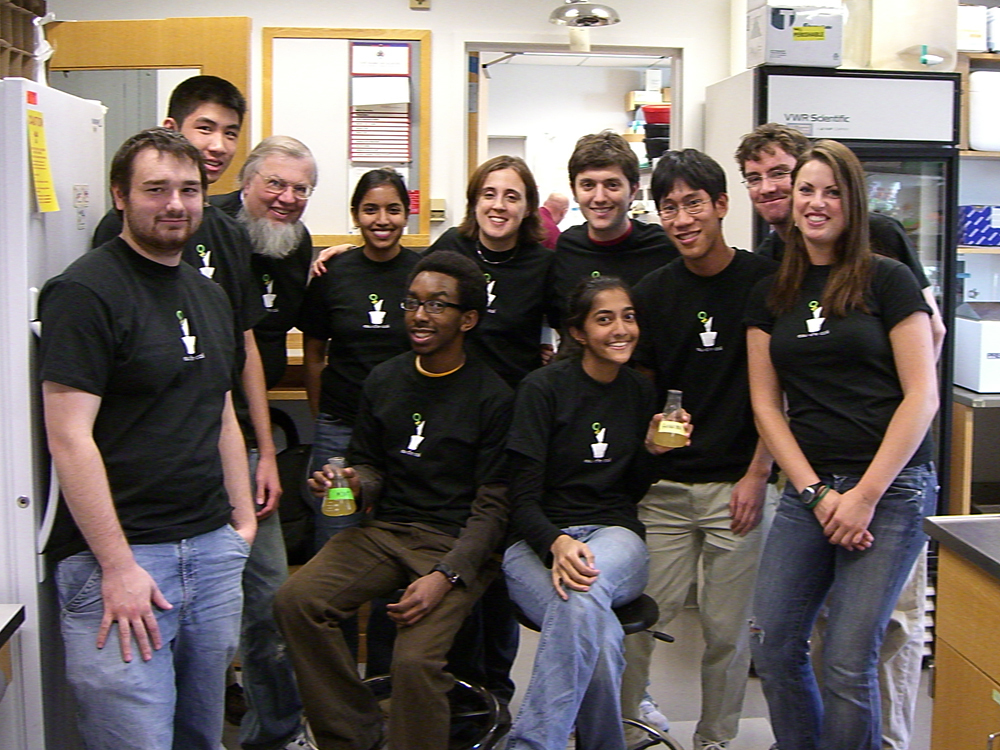 The Radio Lab program includes a celebration of bioengineering from one of the world's most famous and lauded scientists, physicist Freeman Dyson, speaking at the University of Michigan. With tongues very much in cheeks, Jad Abumrad and Robert Krulwich asked Josh Kurz and Shane Winter to compose an anthem to go along with Dr. Dyson's dream-like rhetoric.

The result is a musical salute, "We Are Bioengineers," music by Shane, lyrics (and singing) by Josh and their Mammalian Pituitary Band (Jason Major, Wendy Roderweiss, vocals; Natasha Bayus on french horn). If there were a Grammy in the Science Marching Band category, they would — all of them — be kings.

Engineers build bridges, buildings, roads, structures that shelter us and help us move around. But now there's a new class of engineer. These folks build living things.

They call themselves "bioengineers." Instead of cement and mortar and brick, they work with organic chemicals to make changes in living things, to create new kinds of life. And, though this is still a distant goal, one day they might build life from scratch, from non-life.

In short, bioengineers are the space cadets of engineering, going boldly where no engineers have gone before, and they seem to be having a remarkably good time, to a degree that worries some traditional biologists and a few cranky journalists.

Scientists all over the world are changing and rearranging living creatures for all kinds of reasons, some silly, some profound.

Humans have been doing this for centuries, of course, using the breeding techniques that have produced Chihuahuas and poodles, and different varieties of apples and bananas, but bioengineering, tinkering with the DNA, produces those changes much more quickly.

At MIT, students were assigned to work with a bacteria called E. coli. It's a well-known, lab-friendly organism, used by students everywhere. Problem is, it smells. E. coli is, says an undergraduate named Steve Payne, "poopy." Who wants to spend hours in a room with a rapidly multiplying poopy neighbor? Not Steve. Not his classmates.

So they got a colleague to mail them a strand of DNA that expressed a much more polite, wintergreen smell. Then they inserted this "minty" genetic material into their offensive E. coli bacteria and, voila!, created a new bacteria, previously unknown to nature: a pleasant, wintergreen-scented E. coli.

Who wouldn't be impressed? E. coli bacteria have been around for thousands and thousands of years, living in the intestines of humans and animals, never once smelling like wintergreen. But when I asked Steve and his graduate adviser Reshma if they felt surprised, humbled, delighted, amazed by what they had done, they weren't.

And what bioengineers plan to build is thrilling — and unnerving. For example, they're attempting to make various new bacteria that create diesel fuel from sugar, absorb excess carbon dioxide from the atmosphere, and fight tuberculosis.

One big question, however, involves what happens if these things, once built, don't do exactly what they are told.