Accessibility links
Samuel Barber's Summertime Idyll With the apple-pie wholesomeness of a Norman Rockwell painting, but with a touch of melancholy, Barber created an American classic when he composed Knoxville: Summer of 1915. Carolyn Sampson sings it in concert with the St. Paul Chamber Orchestra. 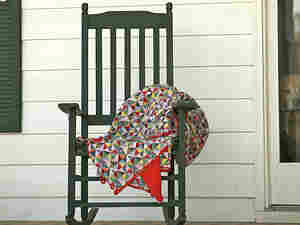 A child's summer evening, spent on the porch and in the backyard with parents, is captured, with all its innocence and wonder, by Samuel Barber in Knoxville: Summer of 1915. iStock hide caption

In a 1949 CBS radio interview, Barber described the piece as expressing "a child's feeling of loneliness, wonder, and lack of identity in that marginal world between twilight and sleep." With Barber's words, from that decades-old interview, we have intertwined excerpts from soprano Dawn Upshaw's 1988 recording with the Orchestra of St. Luke's for a guided tour through Barber's remarkable Knoxville: Summer of 1915. 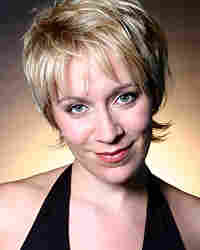 She might be based in London, but soprano Carolyn Sampson taps deep into the American psyche in a performance of Samuel Barber's Knoxville: Summer of 1915 with the St. Paul Chamber Orchestra. courtesy of the artist hide caption

The Impact Of Barber's Adagio

What Makes It Great: Barber's Adagio

"It has become that time of evening, when people sit on their porches, rocking gently and talking gently..."

American composer Samuel Barber read those words in 1947, and they held him, as in an embrace. In just three weeks, he set to music the prose text of a short autobiographical fragment by James Agee called Knoxville: Summer of 1915. Agee grew up in Knoxville, "so successfully disguised to myself," he wrote, "as a child." Certainly, his remembered impressions — as a 6-year-old — of life in his southern town suggest a very old soul.

The words are specific to Agee's family, but in Barber's setting, the observations belong to everybody: The love, the safety, the confidence nurtured by father, mother, uncle, aunt. But also the oddness and dislocation of being a small child falling asleep on a summer night, the grownups' talk mixing with the sounds of crickets and the occasional primitive automobile rolling by the house.

Barber begins with a soft, lilting cadence — a regular pulse, like a heartbeat. Later, the narrative introduces certain stresses, but for now all is natural, nocturnal.

This seems like a wonderful act of restraint, because Agee arrays details in dense bunches, like vine-fruit: "...people in pairs, not in a hurry, scuffling, switching their weight of aestival body, talking casually, the taste hovering over them of vanilla, strawberry, pasteboard and starched milk, the image upon them of lovers and horsemen, squared with clowns in hueless amber."

The most effective performances are those in which the soprano resists hurrying, "talks" casually, and enunciates simply and clearly. It's good to hear these words. When a relaxed voice delivers the calmer material, we get a good foundation for confronting the dramatic, soaring passages to come.

Throughout Knoxville: Summer of 1915, Barber treats us to his signature tactic of structuring music like a geode: sometimes a little rough, and even unattractive at first glance. Then, suddenly, he cracks open the fire-forged rock and dazzles us, seduces us, with perfectly crystalline melodies.

The result is magical. Knoxville: Summer of 1915, a too-little-known American classic, is part of this St. Paul Chamber Orchestra concert. Nicholas McGegan leads the orchestra, backing the soloist Carolyn Sampson.

East Tennessee represents an exotic musical setting for the British soprano. Her regular territory includes Monteverdi, Gluck, Mozart, Bach and Britten. But small children who listen to and try making sense of the world exist in Sampson's Bedford, England or Samuel Barber's Boston, as well as in Knoxville a century ago. Here, Sampson faithfully tells the tale.