Accessibility links
Brokenkites: 'Prelude' A fugue state is a kind of selective amnesia brought on by traumatic events. As the title for the new CD from Brokenkites, Fugue State is a digital world of glitchy electronica, populated by lonely, disillusioned and isolated people. "Fugue State has a medical definition as well as a musical one," says Brokenkites frontman James Willard. "I like the concept that music is directly related to mood or mental state."

A fugue state is a kind of selective amnesia brought on by traumatic events. As the title for the new CD from Brokenkites, Fugue State is a digital world of glitchy electronica, populated by lonely, disillusioned and isolated people. "Fugue State has a medical definition as well as a musical one," says Brokenkites frontman James Willard. "I like the concept that music is directly related to mood or mental state." 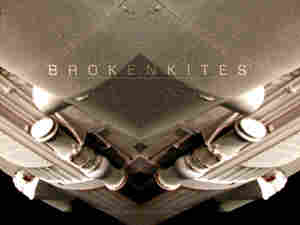 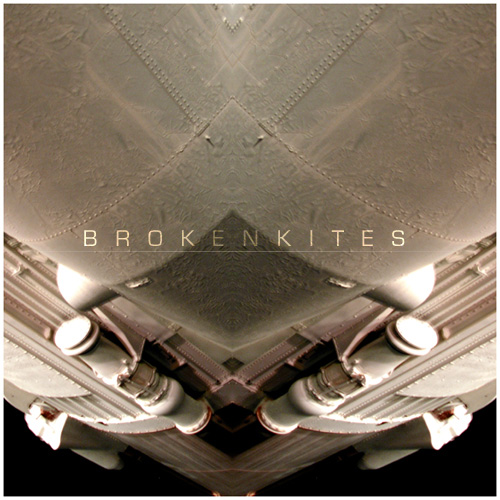 Willard composed Fugue State, as well as his previous albums (2006's S Is For Shadows and 2007's Dynamics of Darkness), as soundtracks for his short stories. "The storyline of Fugue State revolves around multiple people who live inside of a self-contained arcology-hyperstructure," says Willard. Their home "has become something less of the utopian experiment in isolation it was initially intended to be."

The album's opening track, "Prelude," is a simple, but beautiful introduction to the story. Like much of Brokenkites' music, it's rooted in classical chord structures, with an organic production that saves the mix from sounding as cold and sterile as a lot of electronica.

"I mostly just let the music happen," says Willard. "But for each album, I've got a story concept in mind that the album can work as a soundtrack for. I try to connect different creative projects that I'm working on with the music I write; for example the first two albums I released are intended to supplement a website and its corresponding metafiction, "Origami Shadows). I'm also heavily influenced by sci-fi ideas, so those come into play for the storylines on each album... which in turn influence the way each one is written."

Can we change things? Can people change? Are they really that willing to bend, to break, for the cause, or perhaps, for nothing at all?

As we drift in the stream of our society, carried by the current, with but a few voices crying out for new direction while the resigned majority murmurs, I wonder: Can we change things? We wait for fate, but do nothing to make our own.

In a few months, will the walls come down, will the world outside come flooding in, and if they do, what lies in wait for us? A brighter future? Unlimited horizons? Or is it something more dark, more sinister, something deadly that we cannot fathom?

As the great divide between what is Now and what is To Be remains, unyielding, we wait. If nothing happens, should we remain, drifting, for another decade? Another century? Should we wait forever? Or will we take the reigns of our collective destiny in hand, defiant to the stream, rise up, and chart new territories?

The time is at hand.

I've never seen the world outside - but for most of my life, the Arc's seemed much too small. When I was younger, I walked the entire perimeter of the stasis field more than a few times, searching the barrier for something, anything, that might prove to be an exit, but it was futile and depressing work that drained my hope. There's not a lot of real hope left in the Arc; these days, it's worn down, dull, and faded, and most everybody pretends to have it while they wait to see if the centennial brings about the end of the world.

If the world ends, we do escape, but what happens after that? Can we survive, brave as we are, in the old world outside? I fear that we've grown far too complacent in our years here: the small pockets of innovators are far outnumbered by the greater mass of individuals who've believed in something for so long that they can no longer function properly without it. What if the world outside doesn't greet us with open arms? What if there are no arms present to greet us at all?

This time tomorrow, I'll be dead.

You're not surprised, though, that I'm already getting ahead of myself. The first thing I write and we both know how this is going to end.

Did you know that the pitch of the field cricket's song is temperature dependent? Years from now, a man will be able to tell you what the air temperature is just by listening to the singing of the crickets. A man in touch with nature, and the earth. I guess the reason is, is, well... I'm not really sure how it works. But I know that it's true.

I hear the crickets, right now. The sun is setting - the real sun, as strange as that may sound to you if you're reading this - over the hills in the distance. I've managed to start a fire from the brush around me and to move myself away from the smoke. Smoke's rising up, but it's probably too dark for them to see it at the camp, now. If they do see it, they'll probably just think it's the natives, anyway. Or maybe the real sun's not that strange to you, if you're reading this, I don't know. Have you ever seen the sun? I'm still not used to it.

Sometimes it's frightening for me to know that the sky goes on forever, if I think about it too much. That's a lot of space over your head and nothing to hold it all in. Other times, that's what makes me feel better about things, like right now. I don't know what happens next but there's nothing above me to hold me in, that's for sure. At least I'm not doing what they all said we'd do: death in the Cryo or death in the Arc. Either way, something's holding you in. But that's the old way of thinking. Things are starting too look like we changed them - like some of us, at least, might make it home. Not me, though. How stupid.

So I guess we took too long for some things. The automatic backups started to malfunction almost instantly when the field dropped, so the chances of that working have been effectively zero since we got here. Everyone focused on the island after that. I wonder if they ever got the backup systems repaired, even, or if they're even still around. The swarms probably used them up already. Maybe they were the first to go. Makes sense.

But who'd have thought I'd be able to build a fire on my own? I didn't think I could do it. But I did it. I've got some things to eat, so the night might be all right. And I've got a lot of things to write about between now and morning. I hope that it rains. Just a little shower, steady and constant. Not one of those heavy downpours that happen every couple of days - the ones that flood everything and get the mud on everything and even slow down the process of everything. One thing I don't have is water. What a strange world we live on.