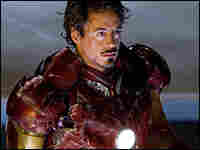 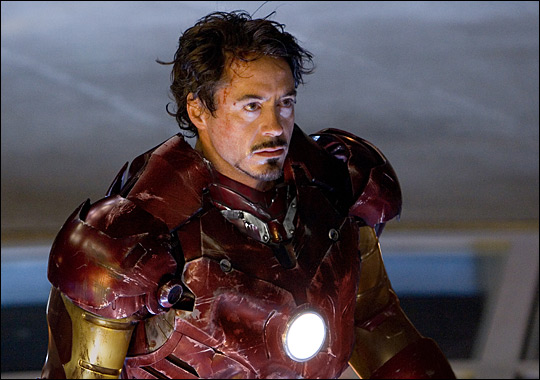 Every age gets not the superhero it deserves, but the superhero who'll ease its anxieties, says Fresh Air's film critic — the hero who'll pick up on the bad vibes and transform them into something that lets us sleep better.

That could explain why Marvel Comics' Iron Man has been reborn on screen as a rousing liberal fantasy in which America redeems itself for its alleged history of war profiteering.

Arms merchant Tony Stark (Robert Downey Jr.), eyes wide open after a near-death experience involving an IED, remakes himself as an armored hero out to rescue innocent Afghan men, women, and kids from marauding warlords — using his might and money and American ingenuity to undo the damage he's helped do.

It's a shapely piece of myth-making, our critic says, crisply made and well cast — though you may wonder about the complacency it encourages, the idea that one extraordinary capitalist can undercut the military-industrial complex. Sure, it's a popcorn movie. But at a time when America is viewed around the world as arrogant, will the picture be seen as another in that long line of Hollywood superhero movies aimed at making Americans feel better about themselves? Will it be taken as proof we're living in a comic book — or an impregnable golden shell?