Accessibility links
Strangers Bring Us Closer to God Taking her first communion led San Francisco writer Sara Miles to become a Christian. The idea of breaking bread with others inspired her to start a food pantry at her church. Miles believes we come to know God through service to strangers. 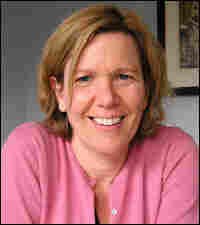 Sara Miles is founder of The Food Pantry at St. Gregory of Nyssa Episcopal Church in San Francisco. A former restaurant cook, Miles is a journalist who writes about military affairs, politics and culture, and is author of the memoir Take This Bread. Photo Courtesy of Sara Miles hide caption 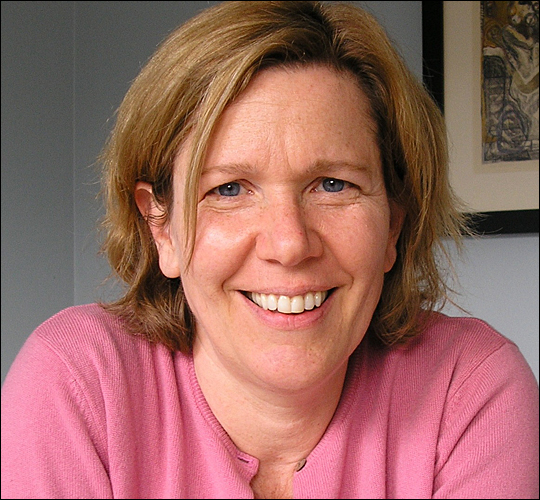 Sara Miles is founder of The Food Pantry at St. Gregory of Nyssa Episcopal Church in San Francisco. A former restaurant cook, Miles is a journalist who writes about military affairs, politics and culture, and is author of the memoir Take This Bread.

Until recently, I thought being a Christian was all about belief. I didn't know any Christians, but I considered them people who believed in the virgin birth, for example, the way I believed in photosynthesis or germs.

But then, in an experience I still can't logically explain, I walked into a church and a stranger handed me a chunk of bread. Suddenly, I knew that it was made out of real flour and water and yeast — yet I also knew that God, named Jesus, was alive and in my mouth.

That first communion knocked me upside-down. Faith turned out not to be abstract at all, but material and physical. I'd thought Christianity meant angels and trinities and being good. Instead, I discovered a religion rooted in the most ordinary yet subversive practice: a dinner table where everyone is welcome, where the despised and outcasts are honored.

I came to believe that God is revealed not only in bread and wine during church services, but whenever we share food with others — particularly strangers. I came to believe that the fruits of creation are for everyone, without exception — not something to be doled out to insiders or the "deserving."

So, over the objections of some of my fellow parishioners, I started a food pantry right in the church sanctuary, giving away literally tons of oranges and potatoes and Cheerios around the very same altar where I'd eaten the body of Christ. We gave food to anyone who showed up. I met thieves, child abusers, millionaires, day laborers, politicians, schizophrenics, gangsters, bishops — all blown into my life through the restless power of a call to feed people.

At the pantry, serving over 500 strangers a week, I confronted the same issues that had kept me from religion in the first place. Like church, the food pantry asked me to leave certainty behind, tangled me up with people I didn't particularly want to know and scared me with its demand for more faith than I was ready to give.

Because my new vocation didn't turn out to be as simple as going to church on Sundays and declaring myself "saved." I had to trudge in the rain through housing projects, sit on the curb wiping the runny nose of a psychotic man, take the firing pin out of a battered woman's Magnum and then stick the gun in a cookie tin in the trunk of my car. I had to struggle with my atheist family, my doubting friends, and the prejudices and traditions of my newfound church.

But I learned that hunger can lead to more life — that by sharing real food, I'd find communion with the most unlikely people; that by eating a piece of bread, I'd experience myself as part of one body. This I believe: that by opening ourselves to strangers, we will taste God.