Host Liane Hansen talks to author David Berger about the photography of the late jazz bassist Milt Hinton. Berger has co-authored the book Playing the Changes: Milt Hinton's Life in Stories and Photographs.

'Keeping Time': The Photos and Jazz of Milt Hinton

'Keeping Time': The Photos and Jazz of Milt Hinton 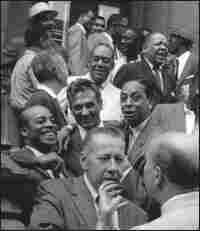 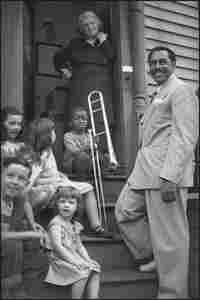 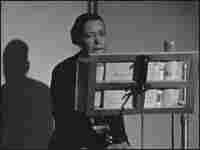 The cliché "the hardest working man in show business" has been applied to countless musicians, but it's hard to argue with anyone who puts that label on bass player Milt Hinton.

Born in Mississippi in 1910, Hinton moved to Chicago in the late '20s, played with Cab Calloway for many years and ended up in New York as one of the city's first black session musicians. Before his death in 2000, Hinton played for thousands of commercials, soundtracks, club dates and recording sessions, but "the dean of jazz bass players" had another great artistic passion: photography.

In the 1930s, Hinton began snapping pictures of friends and fellow band members, eventually taking more than 60,000 photos over the following six decades. His collection includes stunning shots of the musicians he played with, from Billie Holiday to Dinah Washington to Dizzy Gillespie.

A new documentary for Public Television's "Independent Lens" series spans the extraordinary musical life and photography of Hinton. David Berger and Holly Maxson are the husband-and-wife filmmakers behind Keeping Time: The Life, Music and Photographs of Milt Hinton.