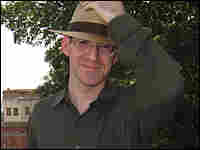 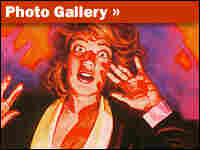 This interview was first broadcast on May 5, 2008.

Edgar Award-winning author Charles Ardai is founder of Hard Case Crime, a pulp-fiction publishing group that reprints classic crime stories and publishes new pulp. All Hard Case novels come out in mass-market paperback editions, much like the classic crime novels from the '40s, '50s and '60s, with cover art inspired by images from the genre's heyday.

Under the pseudonym Richard Aleas — an anagram of his own name — Ardai writes crime fiction, too. His novels Little Girl Lost and Songs of Innocence detail the exploits of private investigator John Blake.

He wasn't sure others would be, though. When Ardai and Hard Case co-founder Max Phillips were planning the imprint's launch, "we figured there was a reason [pulp publishers] had gone out of business," he tells Fresh Air's Terry Gross. And they assumed that part of that reason was limited audience. Fifty books later, Hard Case is at the forefront of a pulp revival — a comeback for what the Seattle alt-weekly The Stranger calls "an American art form as authentic as jazz." 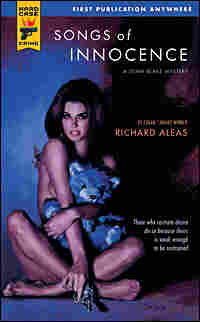 I was a private investigator once. But then we've all been things we aren't anymore.

Our most promising playwright had been a cab driver once, and before that a lab assistant for one of the big pharmaceutical companies in Jersey, washing out beakers for three dollars an hour. We had a short-story writer who'd once worked for NBC, selling commercial time to Ford and Gillette, and a handsome young screenwriter who still lived off the checks he got from the fashion designer he'd briefly been married to. She'd been three times his age when they'd gotten married. It hadn't lasted.

We had a recovering agoraphobe. We had an ex-con.

And then there was Dorrie.

There was a picture of Dorrie taped to the window, a group photo, showing her with her arms around three or four of the other people who were here tonight, Adam Rosenthal and Alison Bell and Michael, Michael...Jesus, what was his last name?

I wasn't in the photo. I was the one who'd taken it.

Michael was standing in the corner of the room by the bulletin board, sipping from a plastic cup of white wine, looking at the announcements, many of them long out of date, from Columbia's various literary magazines. They all wanted submissions; some of them were holding events to raise money; a few had famous alumni coming back to give readings or seminars. He seemed engrossed in these useless, useless posters until you looked at his eyes and realized they weren't moving at all, that he was staring into the middle distance, seeing nothing.

Lane Glazier was the only person in the room with a glass made of glass rather than plastic, and he tapped its side with a metal letter opener. He said "Everybody...everybody..." and the room quieted.

"Thank you for coming," he said. He had a round, soft face that generally looked beleaguered and sympathetic, and it looked both of those things now. "All of you knew Dorrie. Some of you knew her better than others, but we all knew her. She was our friend, she was our student--" he nodded toward Stu Kennedy, seated on the sofa "--she was our family." Heads turned toward the one person in the room none of us knew, except by name. I'd encouraged Lane to invite her and regretted it when she showed up looking less mournful than furious, as though we were all to blame for her daughter's death.

"We're here tonight to remember Dorrie, to remember her the way we knew her; she was a special person--"

"Her name was Dorothy," the mother said. Her voice could have cut steel. Lane stopped speaking, the rest of his sentence suspended halfway out of his mouth. "Dorothy. Not Dorrie. Dorothy Louise Burke." She glared at us, her head swiveling to the left and then to the right. "At least call her by her fucking name."

None of us spoke. What could you say? We were all embarrassed for her, wishing she wasn't there or that we weren't, that this woman could be alone with her grief and leave us to ours.

Finally Lane said, "Dorothy. I'm sorry. Dorothy was a special person. Dorothy Louise Burke, your daughter, was a special person and we all miss her very much." His soft face and spaniel eyes begged for acknowledgment, a gesture of sympathy, something. But the mother just kept staring, her eyes like coals in a snowbank.

Eva Burke was a short woman but not a small one. She had the build of a weightlifter, broad shoulders and hips and tree trunk legs. You couldn't see her daughter in her, or at least I couldn't. Which might lead you to think that Dorrie took after her father, but that wasn't true either. In a fruitless attempt to help her with the seminar assignment she was working on for Stu Kennedy, I'd tracked her father down for her, and he turned out to be a short, wiry, swarthy, sweaty, hairy man, while Dorrie had had long, graceful limbs and delicate features. Of course, I didn't look much like my parents myself.

I'd thought about inviting the father, too, but Dorrie hadn't seen him in years and I remembered what she'd told me about her parents' break-up – putting those two in the same room would not have been a good idea. Not that inviting just the mother had been such a great one.

The lounge was empty now except for me and Mrs. Burke. I was cleaning up, throwing out used cups and paper plates and bagging the unused ones, moving gingerly because of my bandaged chest; so far I was only a bit more than a day into the six weeks the doctor had told me it would take to heal, and I'd been through a rough night on top of it. Mrs. Burke was standing in the center of the room, more or less where she'd stood throughout the evening. I was covering a plate of cheese with plastic wrap when she spoke.

"I want you to do something for me."

"I want you to find the man who murdered my daughter."

It took me aback. I'd thought she was going to ask me for a glass of wine or some cheese. "Mrs. Burke," I said, "I'm not—I don't know what Dorrie told you about me, but I haven't—"

"Dorothy told me one of the men she was taking classes with was a detective. John Blake. That's you?"

"You used to do it. You can do it again." I shook my head, and she shook hers right back at me. "Yes, you can. You knew her. You've got a better chance than some stranger of finding the son of a bitch who killed her." She unsnapped the clasp of her purse, reached in, and pulled out a checkbook and pen. "I don't care what it costs. You tell me. A thousand dollars? Is that enough? Two thousand? What?"

I took the pen out of her hand, dropped it back in her purse. "I know you're upset, Mrs. Burke—"

She slapped my hand away from her. "Don't patronize me. Someone killed my daughter and the police aren't doing anything about it. That means I've got to. All I want you to tell me is, how much is it going to cost?" 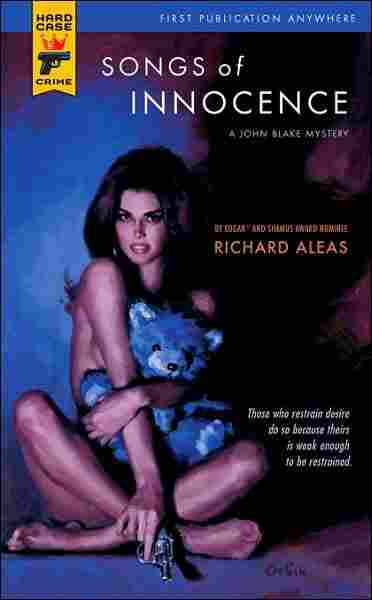