Accessibility links
Father-Son 'Film Club' Keeps Teen on Track When David Gilmour's 16-year-old son was failing out of school, Gilmour offered him a deal: Jesse could drop out, but only if he watched three movies a week with his dad. David and Jesse Gilmour tell their story of unconventional home-schooling in a new memoir, Film Club. 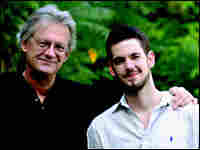 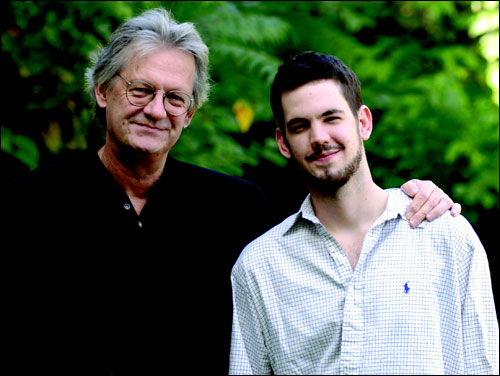 David Gilmour let his son Jesse drop out of school — under two conditions: no drugs, and three father-son movies per week.

Have you found creative ways to connect with your teens?

When David Gilmour's 16-year-old son Jesse was failing out of school, Gilmour offered him a deal: Jesse could drop out of school, but only if he watched three movies a week with his dad. David and Jesse Gilmour tell their story of unconventional home-schooling in a new memoir, Film Club.

Gilmour describes the three years of watching movies with his son as "a magic time that a father doesn't usually get to have so late in a teenage boy's life ... A lucky break for both of us."

Jesse plans to go to Prague next year to attend film school. 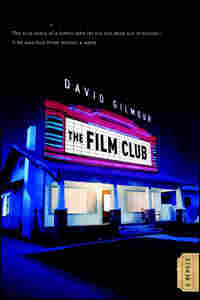 I was stopped at a red light the other day when I saw my son coming out of a movie theater. He was with his new girlfriend. She was holding his coat sleeve at the very end with her fingertips, whispering something into his ear. I didn't catch what film they'd just seen—the marquee was blocked by a tree in full flower—but I found myself remembering with a gust of almost painful nostalgia those three years that he and I spent, just the two of us, watching movies, talking on the porch, a magic time that a father doesn't usually get to have so late in a teenage boy's life. I don't see him now as much as I used to (that's as it should be) but that was a gorgeous time. A lucky break for both of us.

When I was a teenager, I believed that there was a place where bad boys went when they dropped out of school. It was somewhere off the edge of the earth, like that graveyard for elephants, only this one was full of the delicate white bones of little boys. I'm sure that's why, to this day, I still have nightmares about studying for a physics exam, about flipping, with escalating worry, through page after page of my textbook—vectors and parabolas—because I've never seen any of this stuff before!

Thirty-five years later, when my son's marks began to wobble in grade nine and toppled over entirely in grade ten, I experienced a kind of double horror, first at what was actually happening, second from this remembered sensation, still very alive in my body. I switched homes with my ex-wife ("He needs to live with a man," she said). I moved into her house, she moved into my loft, which was too small to accommodate the full-time presence of a six-foot-four, heavy-footed teenager. That way, I assumed privately, I could do his homework for him, instead of her.

But it didn't help. To my nightly question "Is that all your homework?" my son, Jesse, responded with a cheerful "Absolutely!" When he went to stay with his mother for a week that summer, I found a hundred different homework assignments shoved into every conceivable hiding place in his bedroom. School, in a word, was making him a liar and a slippery customer.

We sent him to a private school; some mornings, a bewildered secretary would call us. "Where is he?" Later that day, my long-limbed son would materialize on the porch. Where had he been? Maybe to a rap competition in some shopping mall in the suburbs or someplace less savory, but not school. We'd give him hell, he'd apologize solemnly, be good for a few days, and then it would all happen again.

He was a sweet-natured boy, very proud, who seemed incapable of doing anything he wasn't interested in, no matter how much the consequences worried him. And they worried him a great deal. His report cards were dismaying except for the comments. People liked him, all sorts of people, even the police who arrested him for spray-painting the walls of his former grade school. (Incredulous neighbors recognized him.) When the officer dropped him off at the house, he said, "I'd forget about a life of crime, if I were you, Jesse. You just don't have it."

Finally, in the course of tutoring him in Latin one afternoon, I noticed that he had no notes, no textbook, nothing, just a wrinkled-up piece of paper with a few sentences about Roman consuls he was supposed to translate. I remember him sitting head down on the other side of the kitchen table, a boy with a white, untannable face in which you could see the arrival of even the smallest upset with the clarity of a slammed door. It was Sunday, the kind you hate when you're a teenager, the weekend all but over, homework undone, the city gray like the ocean on a sunless day. Damp leaves on the street, Monday looming from the mist.

After a few moments I said, "Where are your notes, Jesse?"

"I left them at school."

He was a natural at languages, understood their internal logic, had an actor's ear—this should have been a breeze—but watching him flip back and forth through the textbook, I could see he didn't know where anything was.

I said, "I don't understand why you didn't bring your notes home. This is going to make things much harder."

He recognized the impatience in my voice; it made him nervous, which, in turn, made me slightly queasy. He was scared of me. I hated that. I never knew if it was a father-and-son thing or whether I, in particular, with my short temper, my inherited impatience, was the source of his anxiety. "Never mind," I said. "This'll be fun anyway. I love Latin."

"You do?" he asked eagerly (anything to get the focus off the missing notes). I watched him work for a while—his nicotine-stained fingers curled around the pen, his bad handwriting.

"How exactly do you seize and carry off a Sabine woman, Dad?" he asked me.

On and on it went, the afternoon shadows spreading across the kitchen tiles. Pencil tip bouncing on the vinyl tabletop. Gradually, I became aware of a kind of hum in the room. Where was it coming from? From him? But what was it? My eyes settled on him. It was a kind of boredom, yes, but a rarefied kind, an exquisite, almost cellular conviction of the irrelevance of the task at hand. And for some odd reason, for those few seconds, I was experiencing it as if it were occurring in my own body.

Oh, I thought, so this is how he's going through his school day. Against this, you cannot win. And suddenly—it was as unmistakable as the sound of a breaking window—I understood that we had lost the school battle.

I also knew in that same instant—knew it in my blood—that I was going to lose him over this stuff, that one of these days he was going to stand up across the table and say, "Where are my notes? I'll tell you where my notes are. I shoved them up my ass. And if you don't lay the fuck off me, I'm going to shove them up yours." And then he'd be gone, slam, and that'd be that.

"Jesse," I said softly. He knew I was watching him and it made him anxious, as if he were on the verge of getting in trouble (again), and this activity, this flipping through the textbook, back and forth, back and forth, was a way of diverting it.

"Jesse, put down your pen. Stop for a second, please."

"What?" he said. He's so pale, I thought. Those cigarettes are leaching the life out of him.

"Never mind about the notes. I want you to think about whether or not you want to keep going to school."

I could feel my heart speeding up, the blood moving into my face. This was a place I'd never been to before, never even imagined before. "Because if you don't, it's all right."

Just say it, spit it out.

"If you don't want to go to school anymore, then you don't have to."

He cleared his throat. "You're going to let me quit school?"

"If you want. But please, take a few days to think about it. It's a monu—"

He got to his feet. He always got to his feet when he was excited; his long limbs couldn't endure the agitation of keeping still. Leaning his frame over the table, he lowered his voice as if afraid of being overheard. "I don't need a few days."

"Take them anyway. I insist." 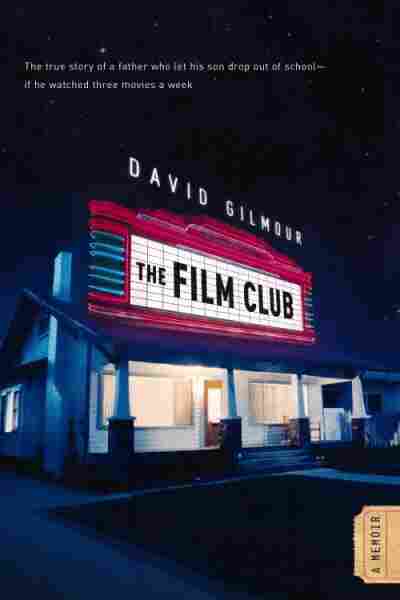