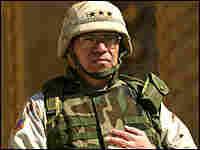 Before retiring in 2006, U.S. Army Lt. Gen. Ricardo Sanchez was the commander of ground troops in Iraq, a position that was relinquished to Gen. George Casey in 2004. Spencer Platt/Getty Images hide caption

Retired U.S. Army Lt. Gen. Ricardo Sanchez, who commanded ground troops in Iraq from 2003 to 2004, has since been speaking out about the conduct of the Iraq war — especially about what he calls the Bush administration's "catastrophically flawed, unrealistically optimistic war plan."

His views take book form in Wiser in Battle: A Soldier's Story, which also details his rise from an impoverished Texas childhood to become the Army's highest-ranking Hispanic officer.

When Sanchez relinquished command of group troops in Iraq to Gen. George Casey in 2004, investigations into torture at Abu Ghraib prison were being conducted. That scandal, and the capture of Saddam Hussein, played out on Sanchez's watch.

Though the Army ultimately cleared Sanchez of responsibility, a separate Army investigation concluded that he approved interrogation practices that led to some of the abuses. Sanchez says the criticisms levied against him were the result of political partisanship. 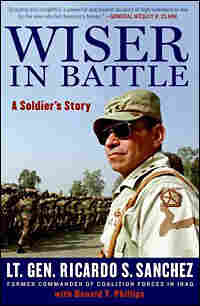 I grew up in one of the poorest counties in the United States of America. At the age of fifteen, when the Army Junior Reserve Officer Training Corps came to my high school, I immediately signed up. I loved the military from the very beginning. And by the time I was a junior in high school, I knew it would be my vehicle out of poverty. Today, after thirty-­three years in the U.S. Army, I can look back with pride on a period of active duty that spanned from the Vietnam era to ground combat in Desert Storm, Kosovo, and Iraq. But my military career ended at a place called Abu Ghraib.

In 2006, I was forced to retire by civilian leaders in the executive branch of the U.S. government. I was not ready to leave the soldiers I loved. The Army was my life. Service to my nation was my calling. In the aftermath of the terrorist attacks of September 11, 2001, I watched helplessly as the Bush administration led America into a strategic blunder of historic proportions. It became painfully obvious that the executive branch of our government did not trust its military. It relied instead on a neoconservative ideology developed by men and women with little, if any, military experience. Some senior military leaders did not challenge civilian decision makers at the appropriate times, and the courageous few who did take a stand were subsequently forced out of the service.

From June 14, 2003 to July 1, 2004, the period immediately following major combat during Operation Iraqi Freedom, I was the commander of coalition forces, responsible for all military activity in the Iraq theater of war. I was there when Saddam Hussein was captured. I was there when the prisoner abuse scandal at Abu Ghraib occurred. And I was there when low-­level enemy resistance expanded into a massive insurgency that eventually led to full-­scale civil war. During that first year of our nation's occupation of Iraq, I observed intrusive civilian command of the military, rather than the civilian control embodied in the Constitution. I saw the cynical use of war for political gains by elected officials and acquiescent military leaders. I learned how the pressure of a round-­the-­clock news cycle could drive crucial decisions. I witnessed those resulting political decisions override military requirements and judgments and, in turn, create conditions that caused unnecessary harm to our soldiers on the ground.

After our carefully planned and successfully executed invasion of Iraq, I arrived in the country and was stunned to find that there had been a complete lack of Phase IV post-­invasion planning by the administration and the military. Not only was there no strategic vision of what to do next—there was a shocking lack of resources and proper training for our troops. To make matters worse, the combatant commander quickly ordered a massive withdrawal of American forces and redeployed the crucial high-­level command centers. Instead of embracing a joint interagency approach, our government and military refused to abandon an outdated Cold War mentality. I find it ironic that I was later criticized for being the youngest and least experienced three-­star general in the Army when I was actually one of the most experienced general officers in combined joint interagency operations at all levels of war.

Having fought in Desert Storm and Kosovo, I was well aware of the fundamental responsibilities of a commander in a war-fighting environment. Among the most sacred: to take care of subordinates and never send them into harm's way untrained. However, because of our rush to war and the need to mobilize rapidly, some units were deployed without proper training. This fact manifested itself across the board—among active-­duty forces, the Reserves, and the National Guard. Some general officers chose to cut corners and certify units as "combat ready" when, in fact, they were not.

Throughout my tenure in Iraq, and right up to the day I took off my uniform to retire, I stood up on multiple occasions and adamantly refused to deploy soldiers who were not ready to fight. When circumstances on the ground required the need for establishment of standards and guidance for soldiers in a variety of areas (such as detention and interrogation procedures, among many others), we immediately acted. I made repeated requests to higher headquarters for help. But when the Pentagon refused to help us with interrogation procedures, I issued the guidelines myself. We knew it would become contentious to do so, but as a leader, I knew that without standards, an Army loses its discipline and chaos inevitably ensues. I had to take action for the good of our soldiers, our Army, and the mission.

The sad saga of Abu Ghraib encapsulates the essence of America's failure in Iraq. Abu Ghraib also represents America's initial abandonment of its commitment to human rights and the Geneva Conventions—and an eventual return to reason. In 2004, I refused to sweep Abu Ghraib under the carpet. I still refuse to do so. It remains the personal undertow of my story. When I became a soldier, I was a nonpartisan, nonpolitical individual who believed in the constraints of civilian control of the military. I also understood that, while on active duty, the Uniform Code of Military Justice precluded me from speaking out against my superiors while in uniform. If I valued my oath—and I did—I had to comply. Since leaving the service, however, I have been encouraged by both civilians and retired four-­star military officers to write about my life, my career, and what really happened on the ground in Iraq. I believe now is the right time.

In this book, I will relate key life events and circumstances that have made me the person I am today. I will discuss key events of my military career with special emphasis on experiences and lessons learned that prepared me for my future leadership role as coalition commander in Iraq. The basis for that part of the story, including recreated conversations, is drawn from personal notes, diaries, official reports: an extensive chronological record of the activities, discussions, decisions, and issues I encountered during that time period.

Over the fourteen months of my command in Iraq, I witnessed a blatant disregard for the lives of our young soldiers in uniform. It is an issue that constantly eats away at me. During that time, 813 American soldiers lost their lives, and more than 7,000 were wounded. I cannot do, say, or write anything that would dishonor them. But to not set the record straight would, I believe, dishonor the legacy of their service. There is a camp of commanders who feel that retired generals should not stand up and voice their views on any policy, much less against a policy gone awry. I am now making camp with those who believe our voices must be heard in order to help America prepare for the future battles it must win—so that democracy itself survives.

In Plutarch's Moralia, Dareios, the father of Xerxes, said that during battle, he became more levelheaded. I know the feeling. Whether on the field of battle where the wolf rises in the heart against a determined combatant, or in the hallways and back rooms of political safe houses where reason and truth are sometimes nowhere to be found, I strived to remain calm, keep a clear head, and make proper decisions. I had to. The lives of countless soldiers under my command depended on it. With each battle or crisis, I resolved to gain more wisdom in order to do better the next time out. My ability to do so was inspired, in part, by Psalm 144, which hung on the wall of every office I occupied since I was a major. I also carried it with me into the field wherever I went. I carried it in my heart.

Praise be to the Lord, my rock,

who trains my hands for war,

my fingers for battle.

He is my Loving God and my Fortress. 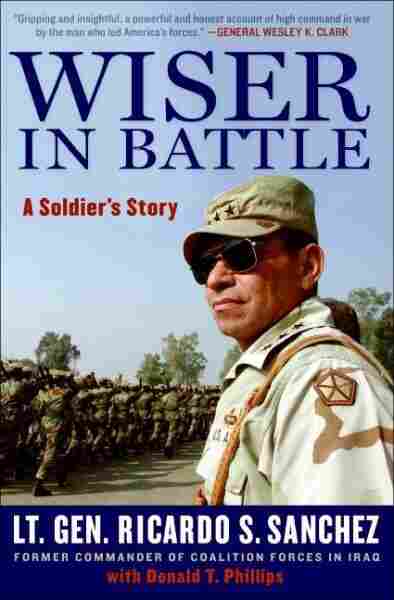