Accessibility links
How to Pack Everything You Own in One Bag Now that many airlines are charging for a second checked bag, one packing expert reveals tricks travelers can use to pack everything they need in one checked bag. He says the key is to draw up a list and bundle wrap clothes.

Listen
How to Pack Everything You Own in One Bag 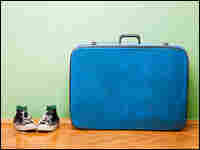 Going on a trip? Now that airlines are charging for more than one checked bag, packing efficiently is the name of the game. Özgür Donmaz hide caption 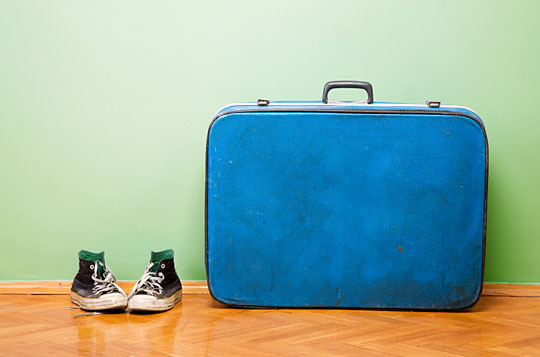 Going on a trip? Now that airlines are charging for more than one checked bag, packing efficiently is the name of the game. 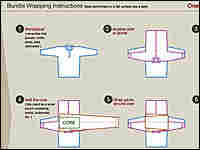 Doug Dyment of www.onebag.com has created a diagram to illustrate how to save space in a suitcase. Doug Dyment hide caption 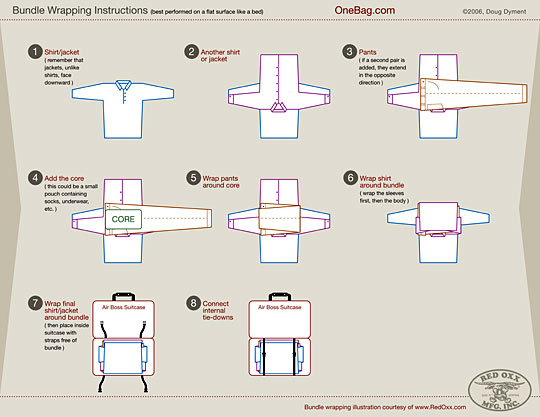 Doug Dyment of www.onebag.com has created a diagram to illustrate how to save space in a suitcase.

Doug Dyment
The Art and Science of Traveling Light

Dyment says he doesn't recommend a bag with wheels because it's more than three times as heavy as one without wheels.

How to Select the Right Bag for Your Travels

With more and more airlines charging extra to check a second piece of baggage, packing light has become a necessity.

Next week, AirTran Airways and American Airlines will join Northwest, Delta, US Airways, United and Continental in requiring passengers to pay a fee if they can't cram all their clothes, shoes, books, and hairdryers into one bag to check.

But one packing expert says it is possible to put your belongings in a single piece of luggage.

Doug Dyment, whose Web site onebag.com is devoted to the art of traveling light, says the key is to make a list in advance of what to pack and stick with it. He has developed a master list over the years that people can use as a starting point for creating their own.

"If it's not on your list, it shouldn't be in your bag," Dyment tells Michele Norris. "What happens with people is that they pack before their trip, and that packing activity consists mostly of talking to yourself and saying, 'Well I might need this and I might need that and what if the queen invites me to dinner?' And that's death to light packing."

Dyment advises people to think of what their lists look like well before a trip — literally writing it down and then checking off each item.

For an international trip to India and Russia, Dyment drew up a list four columns long with more than 100 items. But he says they were small and didn't take up much space or add much weight — and it included the clothes he was wearing.

Dyment has two big tricks for packing a bag correctly: Don't let any space go unused, and wrap your clothes in bundles.

"If you're packing a pair of running shoes, say, don't forget there's a lot of space inside those shoes that you can use to pack stuff," he says.

When it comes to clothing, Dyment says travelers who fold items individually, put them in a stack and force them in the suitcase are making a huge mistake.

Instead, he suggests using a technique called bundle wrapping, because it keeps clothes from getting wrinkled and takes up less space.

"You think of laying a shirt flat on your bed and placing this bundle where the chest would go and then gently wrap the sleeves around the bundle, and then bring the bottom up and wrap it around the top," he says.

Bundle wrapping works better than rolling up the clothes, says Dyment, noting that the rolling method isn't much better than individually folding and stacking.

Of course, you can't bundle wrap shoes, the bulkiest item.

"Never take more than two pairs of shoes," Dyment says. "In lots of business situations these days, you can buy shoes that are quite dressy looking and yet their internal construction is more like a high-quality running shoe."

For women, Dyment suggests limiting shoes to a pair of low heels and a pair of dressy strappy sandals. In cold-weather climates, he recommends boots with low heels in place of sandals.