Unlike some other book clubs that shall remain nameless, the BPP Book Club is not a one-trick pony. We like to mix it up. So far we've brought you the story of a boy coming of age inside authoritarian Libya (Hisham Matar's In the Country of Men) and the very different story of a girl coming of age on a ranch in Colorado (Aryn Kyle's The God of Animals). So no more coming of age. For a bit, anyway.

This time out, we'll be reading Anansi Boys, by cult hero Neil Gaiman, author of comics, novels and song lyrics, among other things. It's the very tall tale of a hapless bookkeeper named Fat Charlie Nancy, whose dreary life in London is turned upside down when his father dies . . . and Fat Charlie discovers that his dad was actually the trickster god Anansi.

If you've never read Gaiman before (I hadn't), here's your chance to find out why people are so crazy about him.

Our online discussion of the book will happen on Wednesday, June 4, and we'll be talking to Neil Gaiman shortly after. So get the book (available in paperback, audiobook, or Kindle editions) and get reading.

On our blog, follow the book club's regular updates. 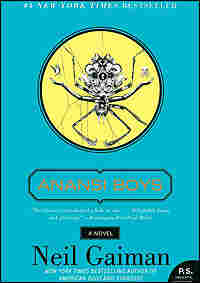 The following is excerpted from the opening chapter of Neil Gaiman's Anansi Boys, copyright HarperCollins.

Chapter One: Which Is Mostly About Names and Family Relationships

It begins, as most things begin, with a song.

In the beginning, after all, were the words, and they came with a tune. That was how the world was made, how the void was divided, how the lands and the stars and the dreams and the little gods and the animals, how all of them came into the world.

The great beasts were sung into existence, after the Singer had done with the planets and the hills and the trees and the oceans and the lesser beasts. The cliffs that bound existence were sung, and the hunting grounds, and the dark.

Songs remain. They last. The right song can turn an emperor into a laughingstock, can bring down dynasties. A song can last long after the events and the people in it are dust and dreams and gone. That's the power of songs.

There are other things you can do with songs. They do not only make worlds or recreate existence. Fat Charlie Nancy's father, for example, was simply using them to have what he hoped and expected would be a marvelous night out.

Before Fat Charlie's father had come into the bar, the barman had been of the opinion that the whole karaoke evening was going to be an utter bust; but then the little old man has sashayed into the room, walked past the table of several blonde women with the fresh sunburns and smiles of tourists, who were sitting by the little makeshift stage in the corner. He had tipped his hat to them, for he wore a hat, a spotless green fedora, and lemon-yellow gloves, and then he walked over to their table. They giggled.

"Are you enjoyin' yourselves, ladies?" he asked.

They continued to giggle and told him they were having a good time, thank you, and that they were here on vacation. He said to them, it gets better, just you wait.

He was older than they were, much, much older, but he was charm itself, like something from a bygone age when fine manners and courtly gestures were worth something. The barman relaxed. With someone like this in the bar, it was going to be a good evening. 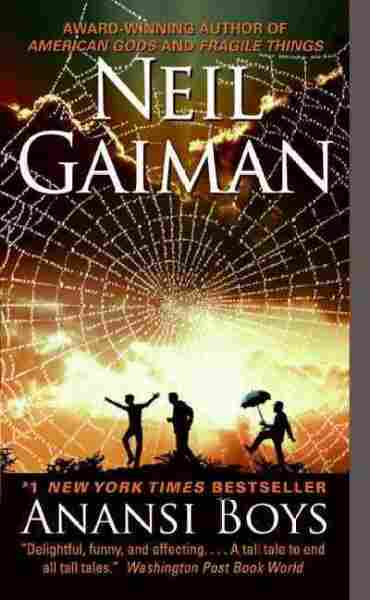