Accessibility links
Belly Laughs — and Wampas — in 'Expertise' Real out-loud laughter may be uncommon among adults, says Mary Roach, but she cracked up upon cracking open John Hodgman's The Areas of My Expertise. Even Hodgman's list of "Jokes That Have Never Produced Laughter" proved funny.

Belly Laughs — and Wampas — in 'Expertise'

Belly Laughs — and Wampas — in 'Expertise' 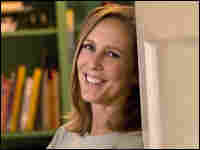 Mary Roach is the author of Stiff: The Curious Lives of Human Cadavers and, most recently, Bonk: The Curious Coupling of Science and Sex. She began her writing career in a trailer next to Gorilla World, which housed the PR office of the San Francisco Zoo. In an unrelated career achievement, she learned to wrestle alligators in 2004. hide caption

Every now and then, someone will tell me that one of my books has made them laugh out loud. I never believe them because: a.) my books don't make me laugh out loud; and b.) sometimes I have said this to a writer, when really what I meant was, Your book made me smile appreciatively.

LOL is rarely OL, or even really L. A real out-loud laugh — not the forced social variety, which is closer to barking than laughing — is uncommon among adults.

People know Hodgman as the nerdy, round-faced Daily Show correspondent who delivers eccentric deadpan commentaries. But he is also a humorist. His book, The Areas of My Expertise, is a take-off on the old farmer's almanac genre.

I cannot explain Hodgman's book in a way that will make you appreciate its genius, so I have to provide examples instead. The section called "Beard Manual" begins, "Due to lack of popularity and high insurance premiums, most styling manuals no longer even mention these challenging beards, chops and moustaches. ... " Beneath is a chart showing different types of styling, including "Hashburns" and something called the "Startled Satan" (required equipment: feather razor, kerosene, hair-blighter, curling clasps, strong leather straps or other restraints).

The book also has a section called "Jokes That Have Never Produced Laughter." And yet they do. Take, for instance, this one: "A duck goes into a pharmacy. He says to the pharmacist, 'I need some ointment for my beak. It is very chapped.' The pharmacist says, 'We have nothing for ducks.' "

I stumbled onto The Areas of My Expertise while traveling. It made me shake in my airplane seat, that embarrassing public quaking that marks one as unstable and possibly smelly.

At one point, I actually did laugh out loud. It happened while reading "Hints on Building Snow Forts," which includes tips like, "An armory of spare snowballs may be stacked in a pyramid in the center. This pyramid is also good for the secret storage of vodka or, if defeat is certain, cyanide capsules."

But it was item No. 5 on the list — "Watch out for wampas" — that got to me. The wampa is, of course, a made-up entity. Is it a monster? A weather anomaly? Who cares? It's just funny.

It was 11 p.m. The plane was late. I'd been up since 5, and I had two more weeks on the road. In short, I was laughing when I should have been weeping. John Hodgman, you and your book are a national treasure. 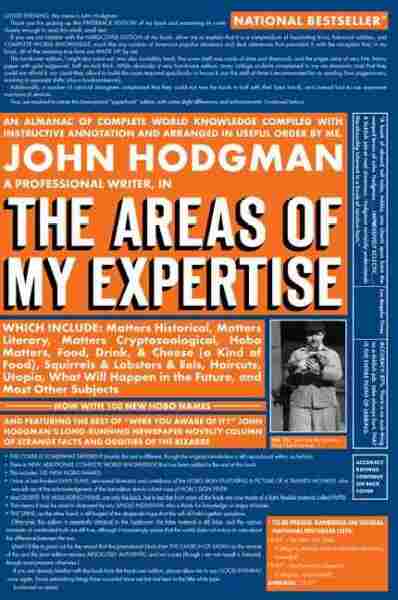 The Areas of My Expertise

Title
The Areas of My Expertise
Author
John Hodgman