Accessibility links
Saving Endangered Species One Mouthful at a Time Conservation scientist Gary Nabhan says the best way to recover some of America's at-risk species is to eat them. He documents lost and threatened foods in his new book, Renewing America's Food Traditions.

Listen
Saving Endangered Species One Mouthful at a Time 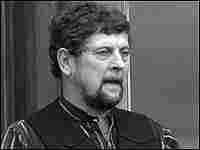 Author Gary Nabhan, a conservation scientist, wants to motivate Americans to play an active part in conserving rare species by eating them. Courtesy of the author hide caption 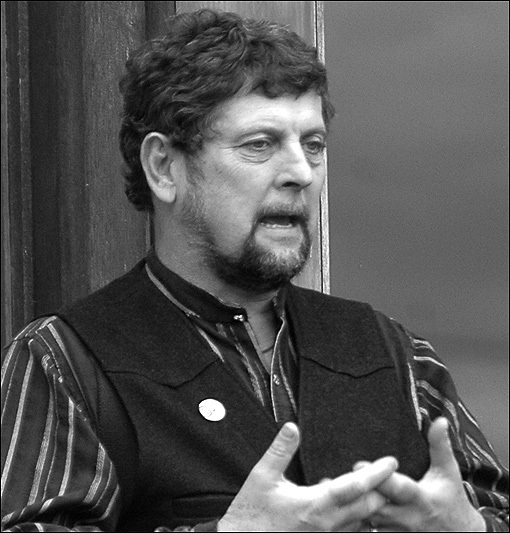 Author Gary Nabhan, a conservation scientist, wants to motivate Americans to play an active part in conserving rare species by eating them. 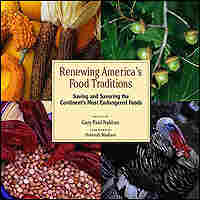 Conservation scientist Gary Paul Nabhan knows how to save endangered species: Slice them up and slap them on the grill.

There are more than 1,000 plants and animals once commonly eaten in the United States that are threatened or virtually extinct, Nabhan says, and saving them means creating market demand for flavors that have fallen off American dinner plates. His combination cookbook and history, Renewing America's Food Traditions: Saving and Savoring the Continent's Most Endangered Foods, documents many of these once-common foods that reflect our culinary heritage. It's also a call-to-action on how to recover foods at risk before they go the way of the passenger pigeon.

Nabhan cites grass-fed bison and the Tennessee fainting goat — a breed that literally passes out when it's startled — as examples of lost meats that have started to reappear at the dinner table in recent years. Professional chefs are experimenting with them, and in Tennessee and surrounding states, people have taken to grilling the succulent goat meat. But "you can't fix these heritage breeds as if they're a frozen angus steak," Nabhan warns.

"If we create local market demand for these — if we take these place-based heritage foods and make them the pride of our fairs and festivals and thanksgivings and picnics again — they will come back from the brink of extinction," Nabhan said in a conversation with Andrea Seabrook.

Finding the foods isn't always easy, Nabhan says, but local farmers markets and the Internet are good places to start. Local Harvest and Slow Food USA provide resources on how to gather many rare items, he says.

"By reminding people that these foods have been an important part of the historic dietary of America, we think we can motivate people besides self-described environmentalists to play a part in this conservation," Nabhan says.

Black or red pepper to taste

In a 2-quart saucepan, place 1-inch cubes of the bison meat and add water until it sits 2 inches above the level of the meat. Add the bay leaf and simmer, uncovered, over medium heat for two hours. Next, add the chopped cattails, prairie turnips, cornmeal and crushed juniper berries. Cook for at least 30 minutes more, stirring regularly, until the cornmeal is viscous. Add salt and red or black pepper to taste and serve in warm bowls.

3 tablespoons grated peel (zest) of one of the sour oranges

In a large jug, soak the two cinnamon sticks, the cloves, and the sour orange pulp and zest in the Angelica wine. In the morning, strain the wine, spices and pulp through a colander into a saucepan. Place the saucepan over low heat and gradually stir in the sugar. As soon as this punch reaches the boiling point, remove it from the fire, pour into a heat-resistant pitcher and serve. 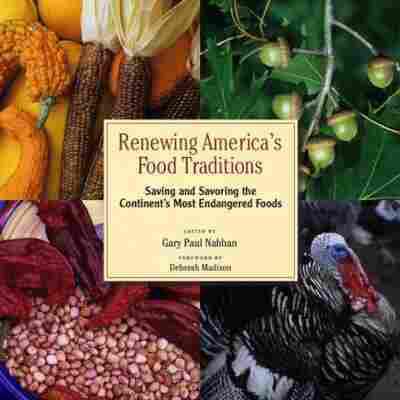 Saving and Savoring the Continent's Most Endangered Foods