Accessibility links
In 'Reprise,' a Vague Ambition Artfully Pursued Two friends in their 20s, idealistic would-be authors both, send their first novels to the publisher — only to find that the repercussions shake them to the core. 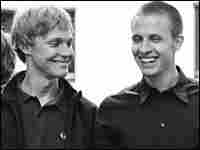 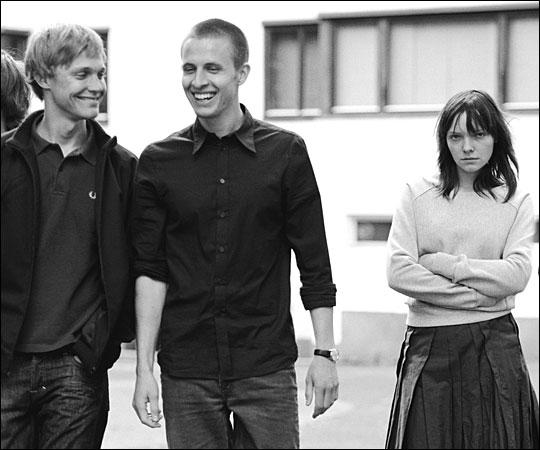 Two competitive young writers — longtime best friends — place their first manuscripts in an Oslo mailbox at the start of Reprise, a hip cinematic take on ambition, youthful illusion and the French New Wave.

Wait, Norwegian French New Wave? Well, lightness and disaffection trip hand-in-hand through an airily diffuse plot that'll have you thinking of Godard and Truffaut, even before one of the two writers heads off for Paris. He'll eventually have some commercial success, but only at the expense of every relationship he holds dear, while his buddy will find critical esteem only to go mad.

Director Joachim Trier, a distant relation to Dogme 95 rule-maker Lars von Trier, has his protagonists model themselves on a once-revered, now-reclusive elder novelist, and toward the end, he shows up to offer one of them a benediction of a sort. There's narration, to help audiences navigate the film's exuberantly wayward way with time, and the whole script seems to have been written in the subjunctive — all woulds, coulds and shoulds — perhaps as a way of suggesting that the characters are more comfortable thinking about the future than living in the present.